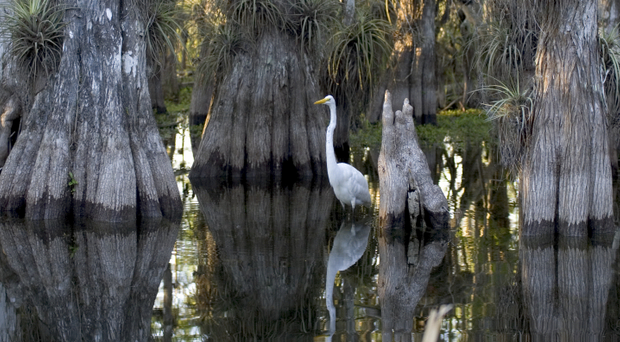 Which FL governor candidate would be best for the Everglades?

By Eve Samples for TCPalm

[dropcap]F[/dropcap]lorida’s next governor will inherit a daunting to-do.

He or she will be tasked with making sure a massive reservoir south of Lake Okeechobee gets built, gets federal funding and — most importantly — delivers meaningful relief to the Everglades and St. Lucie and Caloosahatchee estuaries. Who would best protect Florida’s priceless natural wetlands and estuaries?

The follow-through will require years of persistence from Florida’s next chief executive.

With Scott wrapping up his second term, the question is: Which gubernatorial candidate will be the best advocate for the Everglades, the estuaries and Florida Bay?

To assess the field, the Everglades Trust and Ocean Reef Political Action Committee heard from five of the six major gubernatorial candidates during a forum Thursday in Key Largo. Agriculture Commissioner Adam Putnam declined the invitation, but I contacted his campaign beforehand to learn about his position.

Click here to see what each had to say…