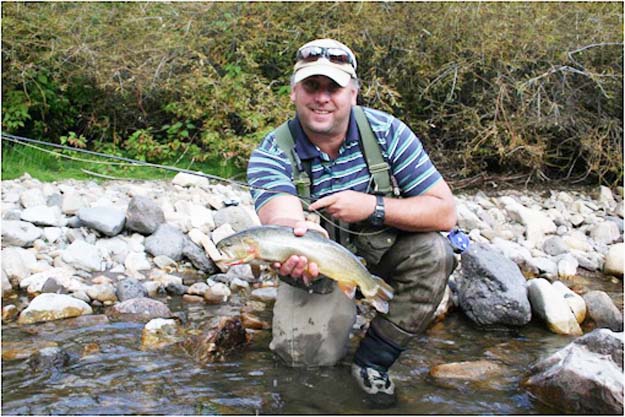 [dropcap]T[/dropcap]he Spanish called it the “Northern Mystery”–the unspeakably vast and empty country north of the Sangre de Cristos, beyond the missions and the trails. They tried it but soon turned back. It was too big, too empty, and too cold. The natives were too fierce and the treasure too elusive. It remained a vast unknown, a fabled geography of mountain and desert and rivers with uncertain beginnings and even less certain ends. It was, to the Spaniards to the south and to the Americans far to the east, a mystery.

Maybe it’s the mystery that draws me to and connects me with this landscape–the public lands of the interior West. Maybe it’s the history. There have been Gassons abiding in the cottonwood bottoms and the sagebrush for six generations, a long time for non-native people in a hard land. But for those six generations, we have been nourished and nurtured by the public domain that spread before us – our own home place. The Green, that thin ribbon of emerald green that starts on the west flank of the Wind Rivers and winds through the willows and cottonwood bottoms and canyons to meet the Colorado far below us has been our lifeline.

But it was not ours alone. Thousands of other families came from Italy and Finland, Texas and North Carolina, not only to the Green. They came to the Rio Grande, the Yampa, and the Missouri to the small towns and the cities that perch at the edge of the Great American Commons. Some came and stuck, working whatever jobs they could here so they could make lives for their families. Some came only seasonally, saving the meager surplus of their salaries as shopkeepers and steelworkers, teachers and tradesmen each year for that family vacation to camp and fish and smell the woodsmoke and taste the wild. Some never came at all but lived with the hope that maybe someday they could. Wallace Stegner once said that the West was “a geography of hope.” So it has been for all of us, and so it remains. Trump promised he was a protector of Public Lands until he got elected. Now he is not. His stewards without conscience (House of Representatives) have embraced the radical idea to steal national public lands from the American people. Proposals that encourage state seizures. Multinational logging, mining, and development companies have found the friend they need in Washington. The image is of Alaska’s Tongass National Forest. Credit: Wilderness.org / Joseph, Flickr.

We hoped that we could make it through one more week or one more year so that we could connect with the American legacy that we all shared. We hoped, sometimes grimly, for that week or that year that when Friday night or the second week in July came, we could pack up the horse trailer or the station wagon and head out like Lewis and Clark. We hoped in faith that we would find those special places in the national forests and the public domain where we could camp and hunt and fish. We hoped that we would once again get our boots dirty and our souls clean. It was a communion, a renewing of the human soul and spirit born of clean air and clear water and endless spaces of the land that belonged to none of us and to all of us. It was not just what we did, it was who we were. It was not just a hope, it was our hope.

In time, there came others – backpackers and climbers, mountain bikers and snowmobilers. And all the while, there were the businesses that supported us, and whom we would support. The feed stores and mercantiles at first, then the fly shops and bike shops, mountaineering stores and restaurants that catered to people who came to be outdoors. And we bought our gear and our grub and asked our questions and told our stories to the people who came to know us and love us there. We formed a community based on that same hope. It was and is a hope based on a shared stake in the public lands and a shared economy totaling billions of dollars each year.

Looking back, maybe we came to take it for granted. Maybe we came to think of America’s public lands as an entitlement. Maybe we thought that we would always be able to do what it seemed we had always done. That might explain our reaction when first the rough-cut Sagebrush Rebels and later the more sophisticated grifters in pricey suits came to take not only our heritage but the endowment we expected to pass on to our children. I’m not sure we took them seriously in the beginning. We thought no one could in good conscience call for the mass liquidation of the commons. That was our mistake – we assumed that they had a conscience. There never was a real conscience on their part, and there remains none to this day. The noble cry to return these federal lands to the states was a sham from the beginning. The states ceded those lands to the federal government as a condition of statehood. There could be no return of something that was voluntarily given up. Moreover, they knew from the outset that the states could never manage those lands. They knew that politicians in cash-strapped state legislatures would sooner or later be forced with a choice – raise taxes or liquidate lands. They hid under the cover of “local control” but knew from the get-go that the states would only be the middlemen. The end game was the conversion of the public lands to private ownership by the land barons and multinational corporations who funded the public lands grab from the beginning.

But what can we do? Is it even our business? We sell stuff to anglers – that’s our business, right? To paraphrase the ghost of Jacob Marley, let me suggest that selling gear is “…but a drop of water in the comprehensive ocean of our business.” This is a fight that none of us can afford to sit out. It’s about each of us, not just about our businesses. It’s about our families and our communities. It’s about our lives, not just our lifestyles. If you haven’t emailed your congressional delegation, please do it now. While you’re at it, email your state legislators as well. This may be the fight of our lives. I hope none of us will choose to sit it out.