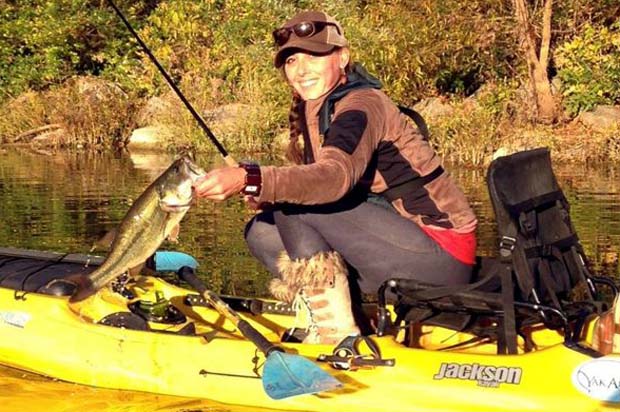 By Mike Organ for The Tennessean

[dropcap]I[/dropcap]f Bridgett Howard isn’t fishing, she’s probably talking about it, writing about it or reading about it. 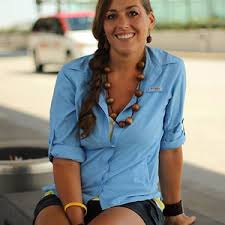 She is hooked on the sport, which is dominated by males.

“I call it my other full-time job,” said Howard, 35. “I’m out and having a good time, but there is so much on the backside that you are doing between writing and interacting with people and answering questions and more questions. It just goes on and on and on.”

Howard, who works for a sign company, has turned her passion into her favorite pastime.

She writes a column, “The Kayak Corner,” each month for Sportsmens Digest, co-writes another column with local guide Joey Monteleone in The Angler Magazine (Middle Tennessee Edition), is a speaker at seminars and also serves as a representative for Jackson Kayak and Werner Paddles.

“I am pretty much booked solid through June,” said Howard, who was born in New York, grew up in Pennsylvania and now lives in Murfreesboro. “It kind of floored me how quickly everything filled up in the first part of his year.”

Howard realizes how unusual it is for a woman to be as involved in fishing as she is, but she doesn’t feel out of place.

“I blame my father. Growing up, my feet were always in the water,” she said. “I’ve just been incredibly fortunate that way. Fishing has been a part of me for as long as I can remember. Growing up in upstate New York on my family’s farm we always fished, waded in the streams, caught bait, you name it.”

Howard said she is trying to follow in the footsteps of female pro anglers such as Sarah Meier, Ontario’s Ashley Rae and Pennsylvania’s Callie Shumway.

“The key is they’re not just posting these pictures and there’s no content; they’re generating a dialogue, and for me, that’s the most important part.”

“I’m kind of a lead-by-example woman,” she said. “If I’m out there and I’m doing it, there’s no reason you can’t get out and do it too. I’m a single mom with a 15-year-old son in the ninth grade. There are no excuses. Only you can make yourself go out and do it.”

Even when her schedule is packed, Howard finds time to fish — “I’ve taken many lunch breaks over at Manson Pike on the greenway and fished,” she said — with her favorite target being largemouth bass.

She most often fishes from a kayak.

“Especially with what I’ve learned from Joey in learning how to read the river and knowing where they’re going to be sitting,” Howard said. “I now know how they relate to different objects in the water.”

Read more from the Tennessean and Mike Organ