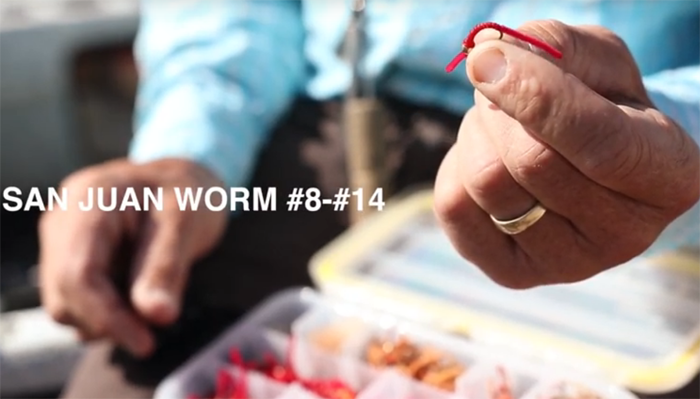 [dropcap]I[/dropcap] was pleased to see Phil Monahan’s pick for an Orvis YouTube video earlier in the week (June 18, 2019) Pro Tips: 4 Flies That Will Work Anywhere because three are my favorites — earning their stripes in my Armada of retadores de peces in Pennsylvania, New Zealand, Alaska, Canada, Argentina, and one also gaming the system in brackish salt-marsh habitats and freshwater canals of the South Florida and Everglades. Being able to ease, respectively, reds and snook out of cover and getting kill strikes from Micropterus salmoides – largemouth bass.

I have a short list of a few others. One tied by Captain Andrew Derr, another by Bob Popovics, one by Kelley Galloup, and my favorite by Steve Kantner

Two of those three John Herzer fly patterns that are always on my person are the San Juan Worm and Prince Nymph (when trout fishing). They are both hook tied. And the one at the ready everywhere I fish – the flats, salt marshes, or inland freshwater is Russell Blessing’s Woolly Bugger in a tube fly constructed in many betrayals of his original recipe and instructions.

These three flies that are on John Herzer–the owner of Blackfoot River Outfitters in Missoula, Montana’s list, mine and maybe yours is because they perform in away games and under the toughest of conditions.

I also subscribe to Herzer’s philosophy of less is more – growing away from falling in love with every new and “good looking” fly seen at a fly tying show, fly shop, fly fishing show or on YouTube or Vimeo video because it never leads to much more than more money spent and more time wasted.

It’s important to note that John Herzer’s opine is a regional experience. His guess that the ‘Bugger” may work on tarpon also crossed my mind more than once.