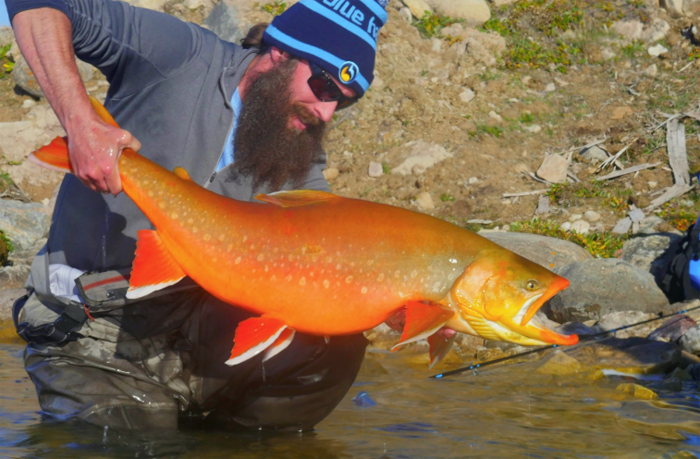 Seriously North received the winning nod from votes taken at the conclusion at each of  102 Fly Fishing Festival presentations during 2018, said Bird.

The 14-minute, 35-second fly-fishing adventure captures hardships, divine intervention and treasures. All of this occurs while searching for the largest Arctic char in the world on a trip to the Canadian Arctic Circle.

The film was shot in and around Nunavut, Canada, among herds of musk ox, flocks of ptarmigan, Arctic fox, bears and caribou.

Seriously North was produced, filmed and edited by the InTents owner’s group of Phil Tuttle, Derek Olthuis and Courtney Boice. During production and post-production, principal photography was by Tuttle and Boice, editing by Tuttle and still photography by Olthuis.

The three are self-taught cinematographers and film editors. Tuttle obtained a BA in biology/zoology from Southern Utah University; Olthuis studied writing at Utah Valley University; and Boice has a BA in recreational management from Brigham Young University, Idaho.

Seriously North is InTents’ third winning International Fly Fishing Film Festival submission following Arctic Unicorns, 2016 IF4 Film of the Year and The Hidden, film of the year winner in 2017.