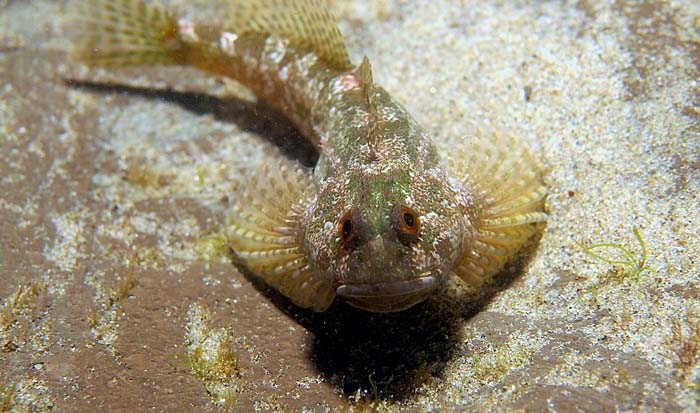 Sculpin with a track record

A young tidepool sculpin flares its fins to make itself seem larger and declare itself ruler of the tidetidepool. Photo by Stuart Halewood – a commons image.

[dropcap]A[/dropcap]lthough you can expect more interest out of any freshwater finned animal if it’s an articulated mimic of a sculpin, the single hook Shelia Sculpin in the mottled green/brown shown in this video has drawn good reviews in the Appalachians: Georgia, Pennsylvania, and Maine… so far. At least before smokin’ hot hit us in Georgia these past few weeks.

Yes, we also liked it because it’s easy to tie and you can use what you’ve got without threat of disbarment.