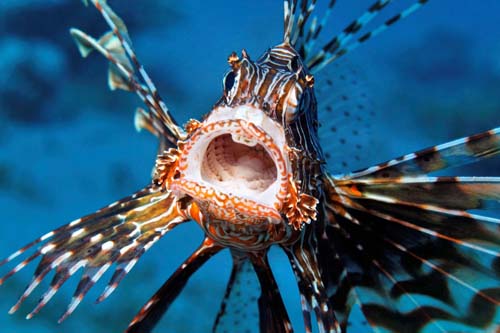 Do hitchhikers impact our fisheries? 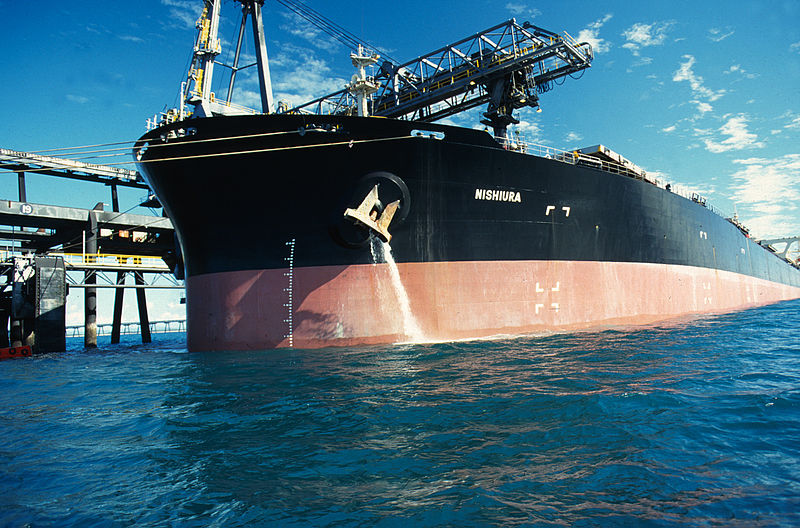 When a vessel loads ballast water, it also takes up all the minute organisms contained in that water which may include planktonic species, the larvae invertebrates and fish, and pathogens. These organisms are released with the ballast water at another port when the vessel loads more cargo. It has been estimated that world-wide, over 3,000 species are transported in ballast water every day. A public domain image.

All exotics have a link to water; all game fish have a connection to water

[dropcap]H[/dropcap]ow do so many aquatic exotics with such negative impact get here in the first place? Some got introduced with the best of intentions like Asian Carp and escaped from captivity during storms, and others hitch-hiked here, like Lionfish and Zebra Mussels.

The hitch-hikers have it the easiest – guaranteed a seat with daily departures and arrivals. Ballast gets taken on, and ballast gets discharged

Bulk carriers and oil tankers are the Trojan Horse of modern times – spending up to five times longer at the port than other ships and typically discharge up to 20 times more ballast water than other trans-oceanic shipments.

No known enemies. A voracious predator – was it a ballast hitchhiker and aquarium escapee during a hurricane?

The Migration of the Supertankers

By imagining ships as migratory animals, scientists have a new way of thinking about how invasive species get around.

Invasive species brought to foreign shores by ships can have devastating effects on ecosystems and economies. Now, by reimagining tankers, bulk carriers, cruise ships, and other vessels as different kinds of migratory animals, Ian Davidson has offered up a way to predict potential better to carry invasive species around the world.

The idea came to Davidson, a marine ecologist at the Smithsonian Environmental Research Center, as he analyzed ships at a port for research on marine invasions. Ships “move around a lot, often on long-distance journeys like migrating animals,” he says. “But rather than being organisms, they carry organisms with them.”

“When animals—butterflies, migratory birds, and marine mammals, for example—embark on migrations, they all have a certain timing, tempo, and route, and their behavior plays an important role as to how the migrations occur,” he says. Similarly, when it comes to ships, routes vary seasonally.

Davidson realized that he could group the ships into different ship types—akin to different species—which vary in what they carry around the world, and where they go. He also clustered the ships based on physical traits, such as size and vessel complexity, as well as behavioral traits, including speed, the amount of time spent at ports, and how much ballast water they carry and release.