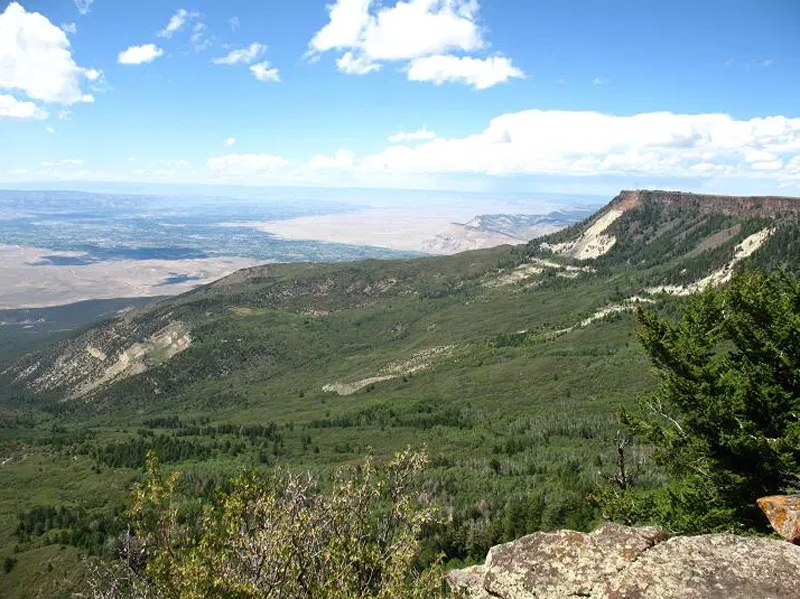 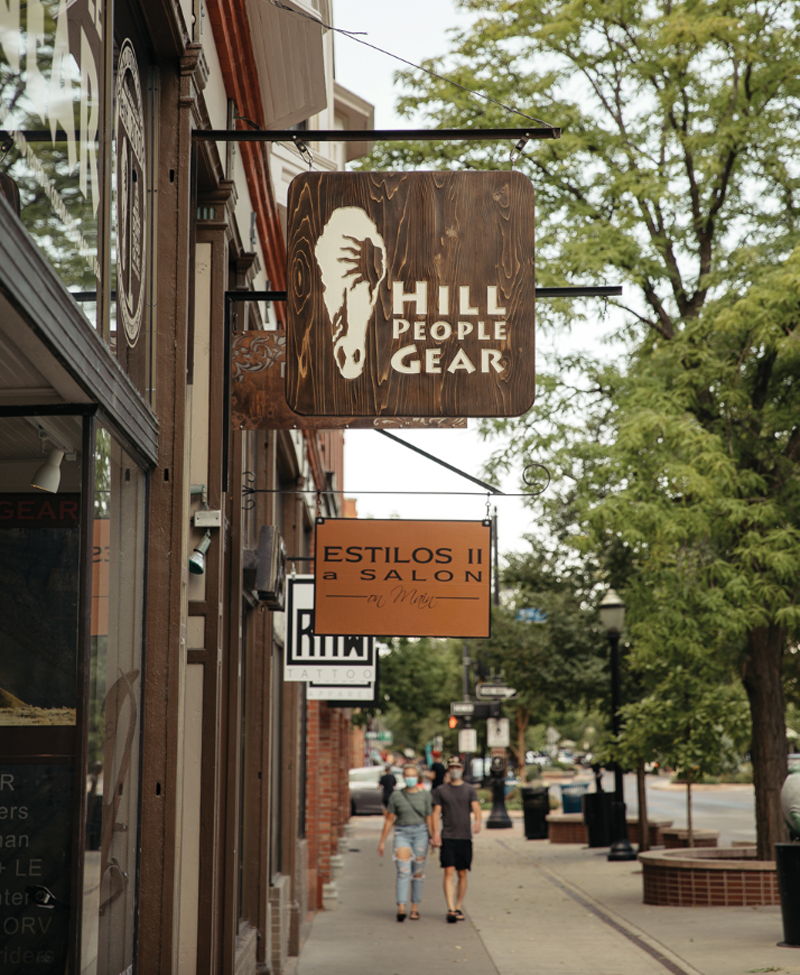 Over the last decade, Grand Junction has developed a reputation for outdoor recreation and wineries. It is a city defined by two distinct identities: new liberal-leaning outdoor enthusiasts and a more rooted, conservative population. The different groups coexist amid the expansive public land with all its multiple uses: hunting, fishing, hiking, mountain biking, motorized off-roading and skiing, as well as ranching and the extraction of oil, gas and coal. — Blankenbuehler

Closely following the conservation matters for nearly three decades and willing to write about it has gotten me blasted from both poles. The following story is the best investigating reporting and writing about ground zero concerning the battle for our public lands’ future.

Energy and conservation can easily live in the same house

First, the Obama administration’s my way or the highway on conservation of public lands about extraction lead to unnecessary confrontation. Conversely, it would be hard to argue that Trump’s climate change position, blind obedience to extraction, and unwillingness to listen to reason benefit the United States of America.

“I did that to really start talking publicly and visibly about the outdoor rec economy here and to shift focus on primarily getting our wealth from the surface of the land, instead of underneath it.” — Sarah Shrader

The best overview of how we should view public lands is unfolding in Grand Junction, Colorado, and written about in High Country News’s article, Energy dominance or climate action: Trump, Biden, and the fate of public lands. The author, Paige Blankenbuehler, masterfully captures what this presidential election is all about: The future of conservation, mining, and public lands use, a choice between two distinct energy futures.

Energy dominance or climate action: Trump, Biden and the fate of public lands

The following excerpted with permission by HCN. 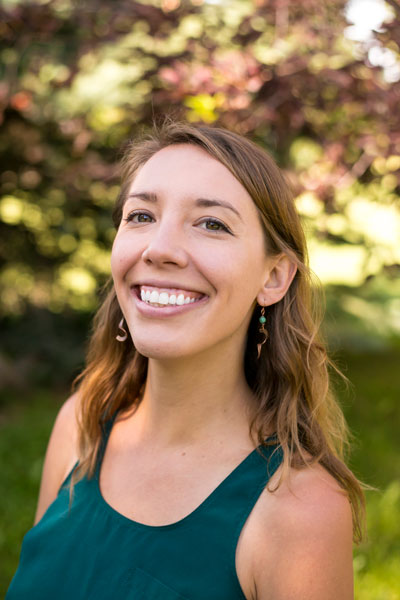 Paige Blankenbuehler  Associate Editor located in Colorado.
As associate editor, Paige helps shape the magazine’s investigative coverage. She has covered Western issues for nearly a decade and holds a master’s degree from the Missouri School of Journalism. When she’s not writing, she’s hiking or skiing in the San Juan Mountains with her hound, Porter.

The featured speaker was Denny Behrens, co-chair of the Colorado Stop the Wolf Coalition, but the true star of the day was Lauren Boebert, a feisty MAGA Republican who had just beaten a longtime incumbent, Rep. Scott Tipton, in the Republican primary. Boebert moved from table to table for introductions, handshakes and hugs, a sidearm holstered at her hip. At 33, she was the youngest there by decades. In Rifle, Colorado, where she has lived since the early 2000s, Boebert owns the Shooters Grill, where waitresses in tight flannel shirts and denim serve burgers and steaks with loaded handguns strapped to their hips or thighs. The Grill was shut down in May for repeatedly violating public health orders restricting in-person dining, but the publicity Boebert received from the conflict — and a GoFundMe petition for the Grill that raised thousands of dollars — assisted her bid for Congress.

After a lunch of barbecued chicken, potato salad and corn muffins, the group’s president officially began the meeting. She recited a prayer, quoted Abraham Lincoln, and led the room in the Pledge of Allegiance. Then she introduced key people in the room: candidates for the county commission, a representative from President Donald Trump’s Mesa County campaign office, and Boebert.

Speaking to the room, Boebert described a conversation she had had with Trump, who called her after she won. “President Trump said that he was watching this from the very beginning,” Boebert said. “He said, ‘I knew that something big was going to happen with you, and now I get to call and congratulate you.’ He said, ‘Every day I’m fighting these maniacs, but now I have you to fight them with me.’”

Her audience laughed and applauded. Boebert smiled brightly. “We are going to win this fight against the liberal socialist agenda and restore the potential for our community to develop our rich natural resources right here in the ground in Mesa County,” she said.

“We are going to win this fight against the liberal socialist agenda and restore the potential for our community to develop our rich natural resources right here in the ground in Mesa County.”

Boebert is partly right; this election could mean a change in how much fossil fuels are extracted from public lands. Currently, a quarter of the crude oil produced in the United States comes from federal lands, and almost three-quarters of Mesa County is federally owned. Public land also accounts for 20% of the country’s total greenhouse gas emissions, making it key to any national energy (or climate) policy.

If he wins in November, Trump promises to further his agenda of “energy dominance,” which has already opened millions of acres of federal land across the Western U.S. to energy extraction. But if his opponent, Joseph Biden, wins the presidency, he’ll bring with him the most progressive environmental platform ever proposed by a major party candidate. And, as with so many issues in this election, the stakes are high for communities that rely on public lands — and nowhere are these themes more amplified than in Grand Junction, the home of the new Bureau of Land Management headquarters. 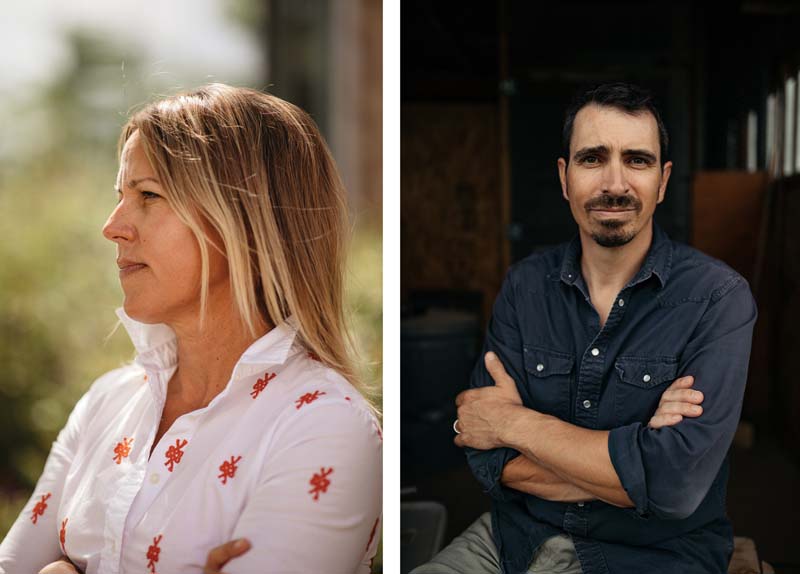 But ever since the BLM was formed in 1946 by President Harry Truman, to act as the guardian of the public lands, it has served as more of a purveyor than a preserver of land, water and minerals. It was established to administer grazing and mineral rights, and it largely benefited ranching interests, officially combining the General Land Office and the U.S. Grazing Service — both of which aided in the exploitative conquest of the Western United States in the late 19th and early 20th centuries.

The agency has never found its balance. In 1996, President Bill Clinton made history by designating the 1.7 million-acre Grand Staircase-Escalante National Monument in southern Utah, the first national monument to be overseen by the BLM. Then, under George W. Bush, millions of acres of public land were leased for oil and gas drilling and logging, and “Drill, baby, drill!” became a 2008 Republican campaign slogan. Barack Obama’s tenure over Western public lands was marked by the implementation of policies meant to rein in extraction and focus on preservation. The result was a record of compromise and small gains: He delisted 29 recovered species, but weakened the Endangered Species Act; he designated over two dozen national monuments, more than any other president, but left other important public lands unprotected; he promoted tribal sovereignty, but failed to address systemic inequalities in Indian Country. And even though Obama is considered the first leader to seriously address climate change, he also oversaw surges in oil and gas production.

“As we think about climate solutions and the way that plants and animals are reacting to these really strong changes in our environment, the BLM becomes the bridge to other areas of refuge.”