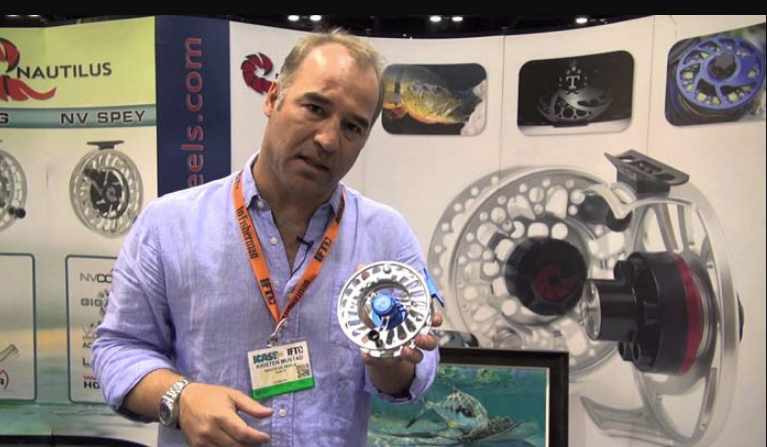 Opinion: Fly reels are works of art, as are my double barrels 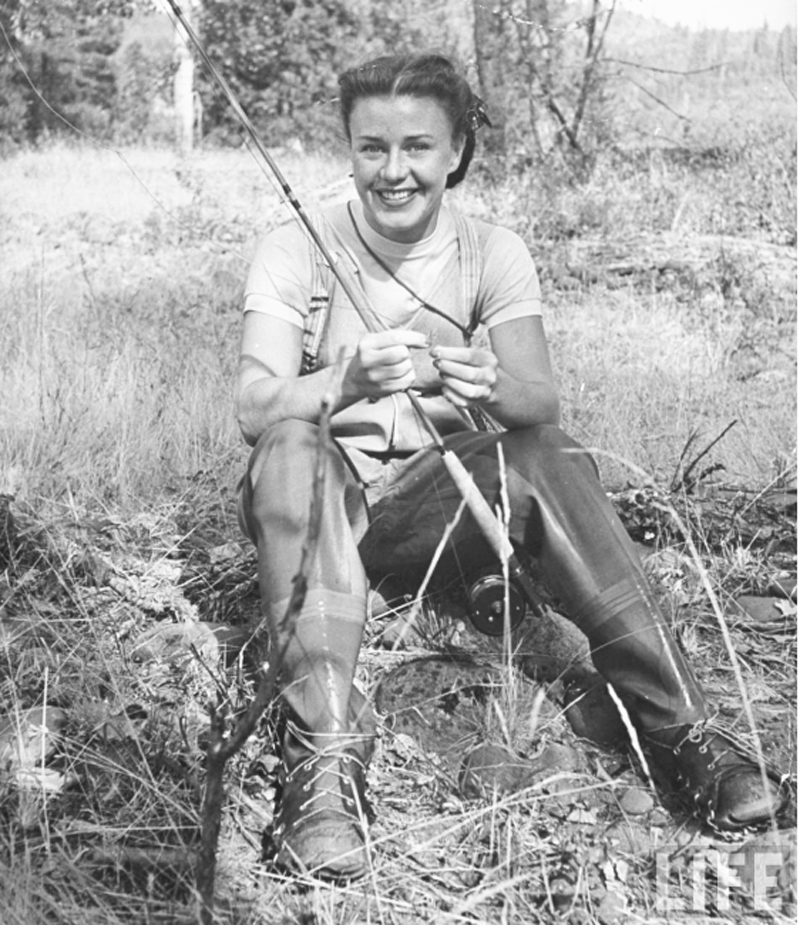 Ginger Rogers, avid and accomplished fly fisher pictured on the cover of LIFE in 1942. Ginger Rogers, was an American actress, dancer, and singer during the “Golden Age” of Hollywood and is an American film icon. She won an Academy Award for Best Actress, but is best remembered for the 1930s in RKO’s musical films with Fred Astaire.

What you want and might not know you need in a big fish fly reel:

REPEATABILITY – exact output drag throughout the fish fight, and with the next fish, and a week or month later. And a smooth drag – conquering the bugaboo of STARTUP INERTIA.

Startup inertial failure is having preset drag of X-pounds stay anchored beyond the preset for a nanosecond and go way beyond the prest tension of X to X+4 and snaps the tippet. And the elimination of PULSING during a fish fight – drag cycling back and forth from less than the drag setting to more than the drag setting, manifesting flawed drag design behavior with a tippet failure outcome.

When you’ve plunked down your hard-earned money to buy a fly reel, you will have determined a lot of things about what it is you wanted, not the least of which are the performance specs and data, and of course, warranty. 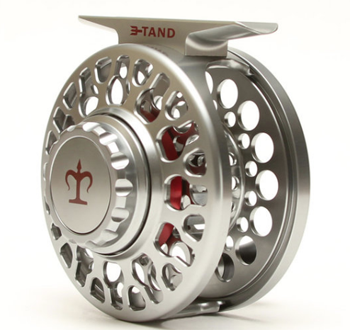 If you had a little play in your wallet, your purchase could have easily given in to pure aesthetics, and sometimes it will be the sole decider if it is brand proofed. That kind of determination is familiar to many of us who hunt because we buy shotguns and rifles seduced by what I call the Bentley factor; a particular brand of shotgun or rifle favored because it “does not” look like a Volkswagen Beetle.

Early on, the tech directive was shear BS of the day like “click and pawl,” come-on, please [Wonder Bread is Wonder Bread]. But I maintained a partiality to even modest design features, like Pflueger’s Medalist  and Orvis’ Battenkill, along with their timid aesthetics. Service expectations rounded it out for most of my 50’s and 60’s buys. And as a personal note, my reels still need to understand they’ll be living with me, pretty much ignored until I go fishing.

The first reels, in modern-day fly fishing, to capture that magic of sheer beauty [to me] along with advances in engineering began in New Hampshire in the mid-1950s. Modern-day is the keyword because there were some gorgeous reels made as early as the late 19th century – before Stanley Bogdan. Bogdan had two very distinctive engineering qualities, a signature double-brake shoe and the ten position lever used to regulate drag.

The Bogdan’s became so wanted and had such long waits after ordering that they were part of a famous Bronx Jewish doctor joke punch-line: 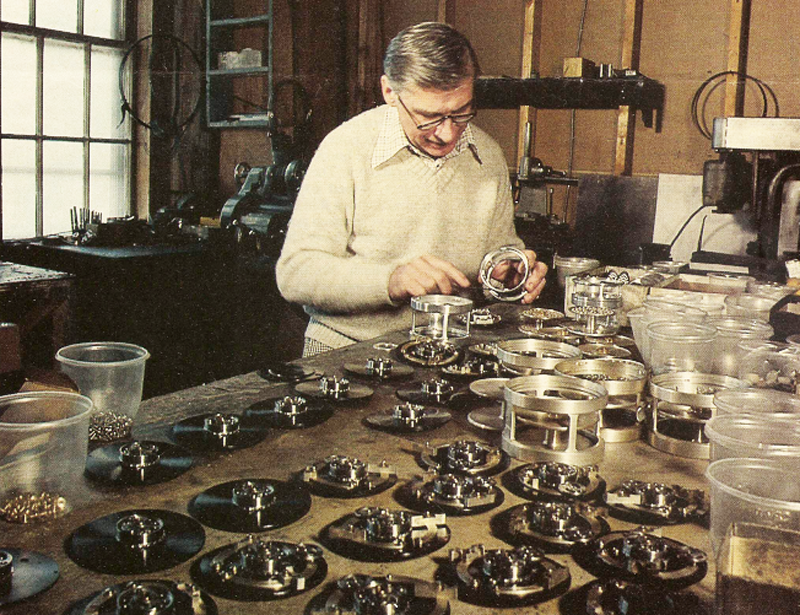 Stanley Bogdan with a full house of ‘reel’ work – image from an Outdoor Life Magazine article in 1981.

The Ted and Pate show

When saltwater animals, especially tarpon, entered the contest for reels, an immigrant from Hungary and the first big-time tarpon on a fly guy teamed up on a handshake in George Hommell, Jr.’s and Billy Pate’s fly shop in Islamorada, Florida, called World Wide Sportsman. A name Johnny Morris [Bass Pro] maintained after purchasing the fly shop from Hommel et al.

What came of that meet up at the fly shop was a tarpon reel designed and built by Ted [Tibor] Jurassic, still called by its earliest name and available today as the same Billy Pate Tarpon Reel.

It was the beginning of big game on a fly. After the Billy Pate, saltwater fly fishing exploded under the direction of Florida Keys guides.

Although $.63 an hour and $7.25 – the respective lowest minimum wages at the time noted in Indonesia and Charleston, South Carolina, or anywhere else in the US, they only represent a perspective which could be better understood if expressed in a percentage of difference for doing the same job [theoretically]. Try a difference of 1,050.79%, throw in government support subsidies, as well as a manipulated currency system, and voilà, we have much, much cheaper coming out of Asia. 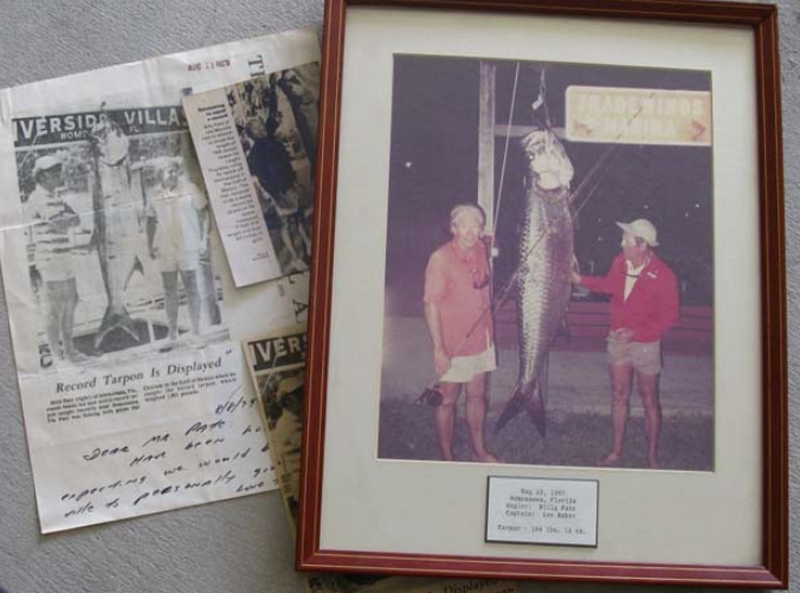 Pictured with his world record tarpon caught on a fly with his custom Tibor built Billy Pate Tarpon Reel. Image 1987 in Homosassa, Florida. The record stood for 21 years.

Meeting and maintaining specs are part of the modern fly reel equation and sometimes proven to be elusive if an overseas brand. Shortcuts and degraded specs occur when production is not managed/overseen by the purchasers of many Asian products. Apple and other large corps worldwide own their facilities in China and elsewhere in the Far East. Quality is not an issue, nor is a warranty. But for small companies like Henry Fly Rod & Reel Corporation and other typically small companies representative of the whole fly fishing industry [about a billion dollars in the US]. Quality would be an issue if the product were directly from China, for example.

A friend said that monitoring without a monitor in China is like leaving 14 fresh-baked chocolate cookies with your name on them in the “break room,” walking away, and expecting to find all 14 cookies when you come back.

So, companies with less than a few hundred thousand dollars in sales find it impossible or at least very difficult to control quality in an unmanaged manufacturing system – including protecting patents, unique processes, and formulations. So, if a product or component of a product is made in China, but bought from Pure Fishing, Far Bank, Orvis, 3-Tand, Henry Fly Rod & Reel, as well as many others, you should be very confident “you’re in good hands.”

Nautilus Reels owner Kristen Mustad. Nautilus, made in the USA, is today’s modern-day big game go-to fly reel along with Mako, and possibly upstart Seigler Reels. There are a few others seeking claimants to superior drag systems,  start-up inertia reliability, and tippet snapping ‘pulsing’ when a fish runs.