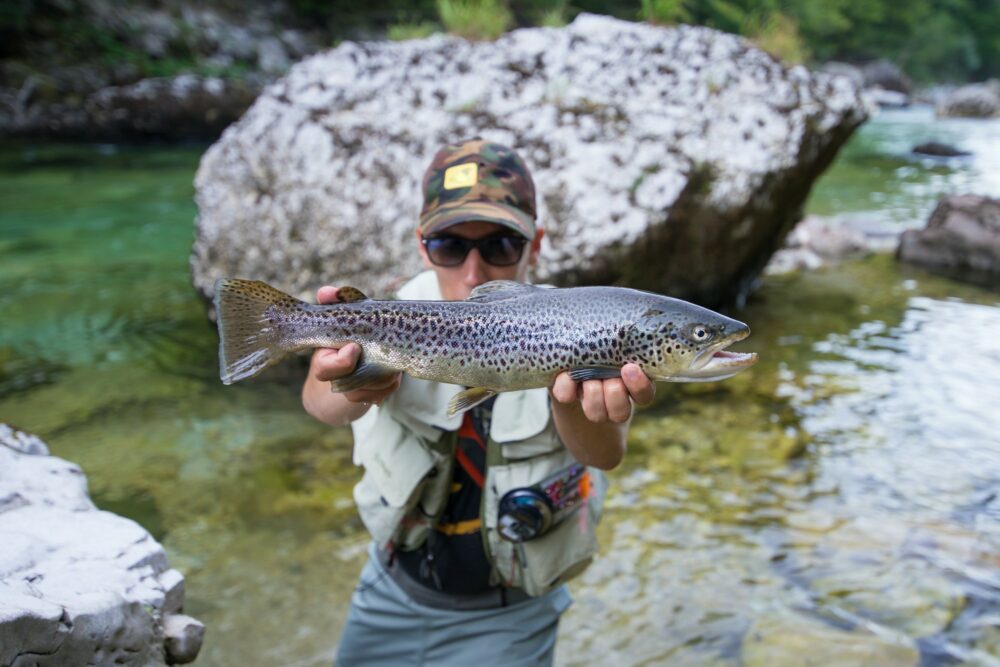 A retro fly that can still do some heavy lifting

This Salmo trutta looks like Angie’s [brown trout]. The Royal Coachman fly is a flagship of American trout fly fishing and tying. To enjoy building your RC, be at your artful best. Envato

When a hatch defies our mimic, we sometimes try a contrast and get lucky – at least that’s what my corresponding tying buddies have always said. So at a gathering of our North Georgia coffee klatsch a few weeks ago, we decided on tying a time-forgotten pattern, the Royal Coachman on #12 and #14 1X dry fly hooks, and I on a mini tube.

Locally and recently in North Georgia Blue Ridge, angling has been in the high water. With the high water, ‘swimming’ annelids [worms] produced better outcomes, occasionally.

As the water lowered and hatches took over and produced swarms for the Salmonidae to choose from – an occasion favorable to giving the Royal a shot, something different and more significant on the menu.

Angie, my often sidekick and serious fly fisher pulled up a bow as shown with a #12 Royal Coachman, which she followed with two on, then off, browns of more heft than the rainbow. Unfortunately, two others of our ‘klatsch’ did not have success with the Royal Coachman [#14s] over two days.

My tube with a too-short placement of #16 hook got bites from tail nipping unknowns – probably Oncorhynchus mykiss.

Watch Matt O’Neal tie, and explain the heritage of the Royal coachman . . .