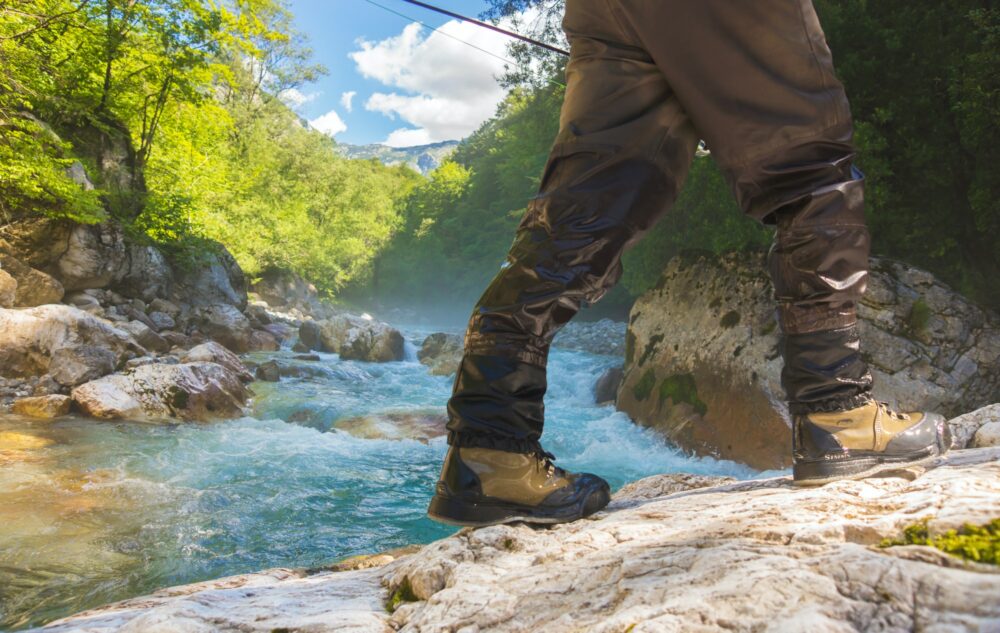 A Rutted Road by TJ Douglas 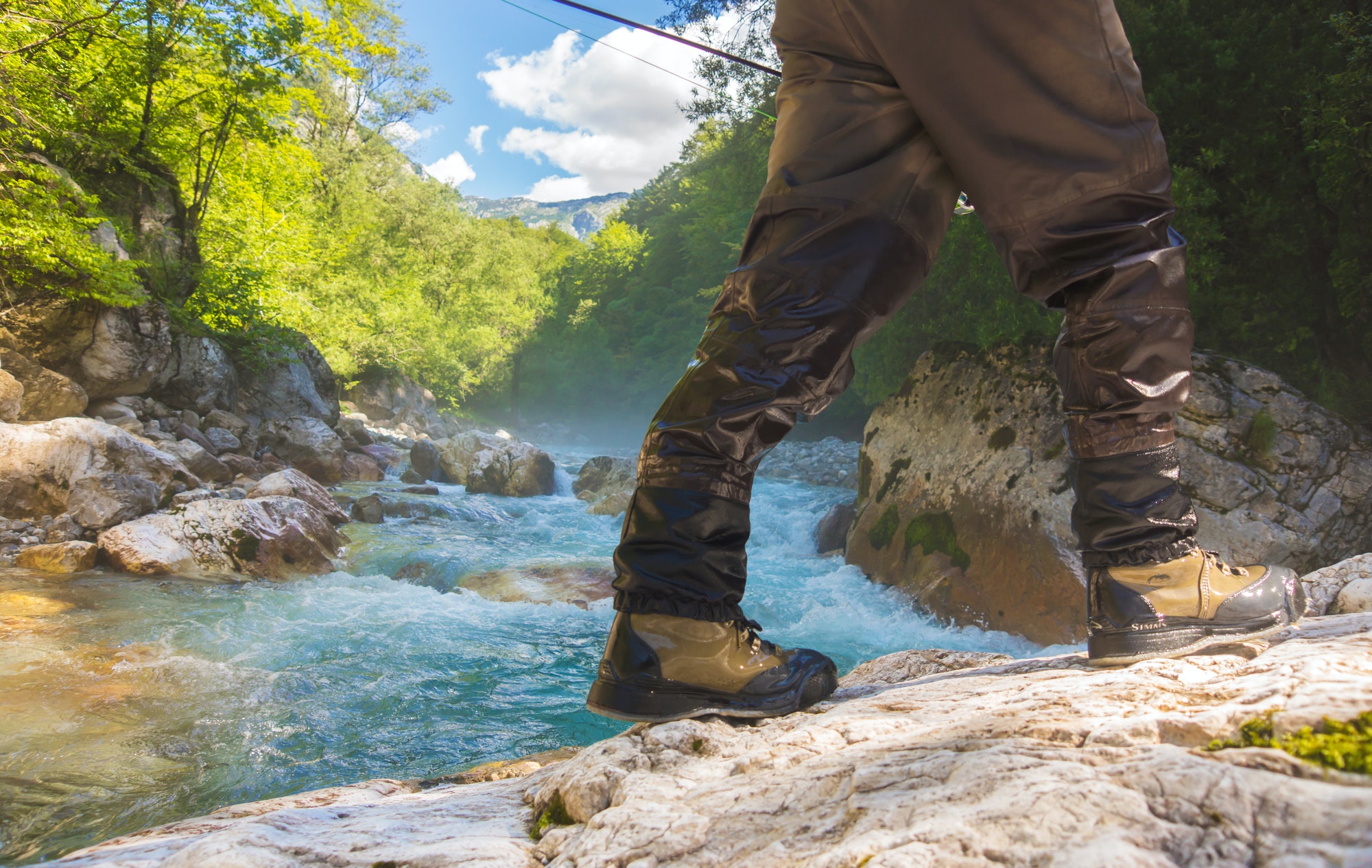 It was in the spring of 2010. I was retired and had just returned from enjoying five months in New Zealand and, rain or shine, never missing even one day of fly fishing for something. I was, of course, refreshed and feeling upbeat. However, in a single phone call, my state of mind changed.

I was encouraged by a family and some friends to drop what I was doing and help a lifelong friend deal with his addiction. I was grossly familiar with the disease alcoholism, having grown up with it and having my dalliances with it as well. I was in South Florida and my friend in Idaho.

To make a prolonged and otherwise heart wrenching story short – my sponsorship ended badly, and I took it on as my failure. The funeral, called a celebration of life, was swift, speechless, and held in a church demonstrably dedicated to people who own”stuff.” People with more than one or two homes that were convinced sinners should be punished by disease, women’s bodies needed governing laws, and money was what everything godly was about. It was Gil and me and a handful of others that knew our friend.

I stayed in Idaho for the next several months to settle matters. My stay in Idaho ended after the business concluded and the weather turned too cold for hiking around eastern Idaho, and northwestern Montana’s rivers fly fishing for trout in hideouts only local folks or native peoples knew about, and rarely if ever, shared their knowledge.

Too, with what happened, I didn’t want to tempt being found – the reason why I’ll explain.

During our friend’s losing fight with alcoholism and especially after the funeral, Gill and I became fast friends fly fishing in Idaho’s sheltered waters. Gil loved fly fishing and fly tying more than anyone I’d ever known in my 50 years. If he was not helping other alcoholics, he was either fly fishing, fly tying, or talking about all three. 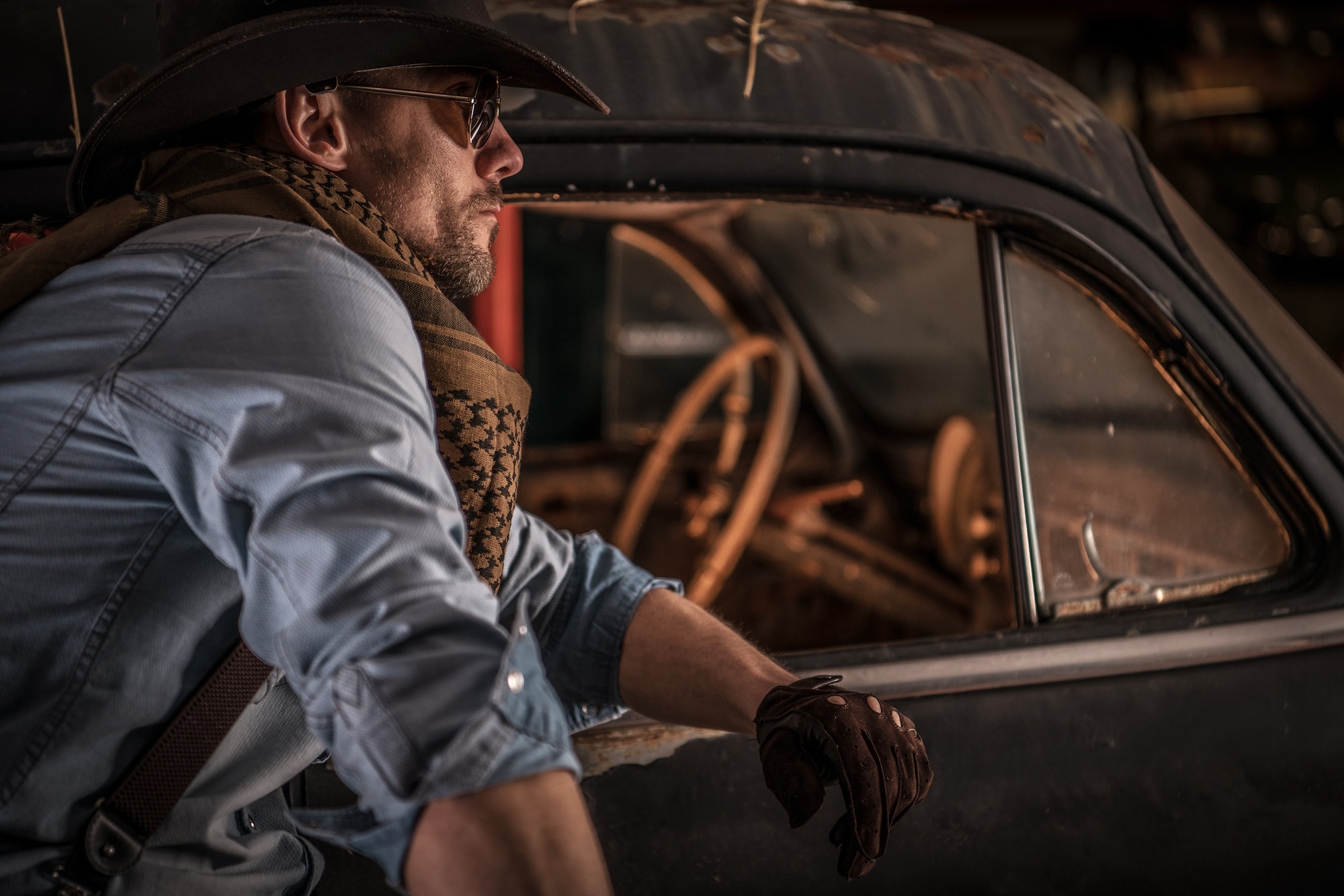 Gil was the only native American I have ever known well

A long time planned camping expedition kicked off when we had picked out our fly fishing coordinates in eastern Idaho, following into Montana, but mostly on his home turf, the Flathead Indian Reservation in western Montana on the Flathead River. Gil was Kootenai.

A few weeks or so into our camping and fishing, we were shortcutting by zig-zagging through a minor mountain range on primitive and out-of-service logging roads. We planned to camp before heading into native lands and visit a lake Gil said was loaded with giant, Kamloops size trouts – the solitude and peace of that wilderness turned into urban warfare faster than the phone call that brought me to the American West.

At nightfall, we got stopped by a trio of skinhead types. They popped out of the woods next to their truck. They ambushed us at a rutted turn in the road when we could only manage 5-mph. It had to have been a setup spot but later found out the area was a known drug transaction location. The ambush spot made sense.

One lowlife had a rifle; the other two appeared unarmed. Gil (that’s not his name) was in a road-rage faster than a struck match. He jumped out of his pickup driver’s side and hustled up to the men who were about his age, but bearded mountain types and not as big or fierce-looking as Gil.

I slipped into the driver’s side, knowing Gil kept a sawed-off under the seat. I had no idea what to do, but ready for some bad shit seemed prudent

The lever rifle-armed “leader” backed Gil up, but only a few steps, and he kept up the ‘eff you squaw’ and other defaming salutations. When the gunner poked the barrel defiantly at Gil’s face outstretched – gun ownership changed hands as quick as a blink. Gil baseball batted the guy with a home-run swing that landed mid-ear. The stock snapped, and the agitator slumped in a dead-fall – and I thought that was literally; just from the sound.

Gil could not defend from the two other men who advantaged from behind and, in duality, attacked. Punches threw Gill off balance, but not down. When one kicked at Gil’s face while bent over, he grabbed the boot, purposely fell away to protect from the third guy, and with forethought twisted the guy’s leg like you would in a rodeo roping event. I heard a scream from the fallen guy that could have roused the dead, and the screaming never lessened in decibels. Gil stayed on the twisting and wrenching through the screams. 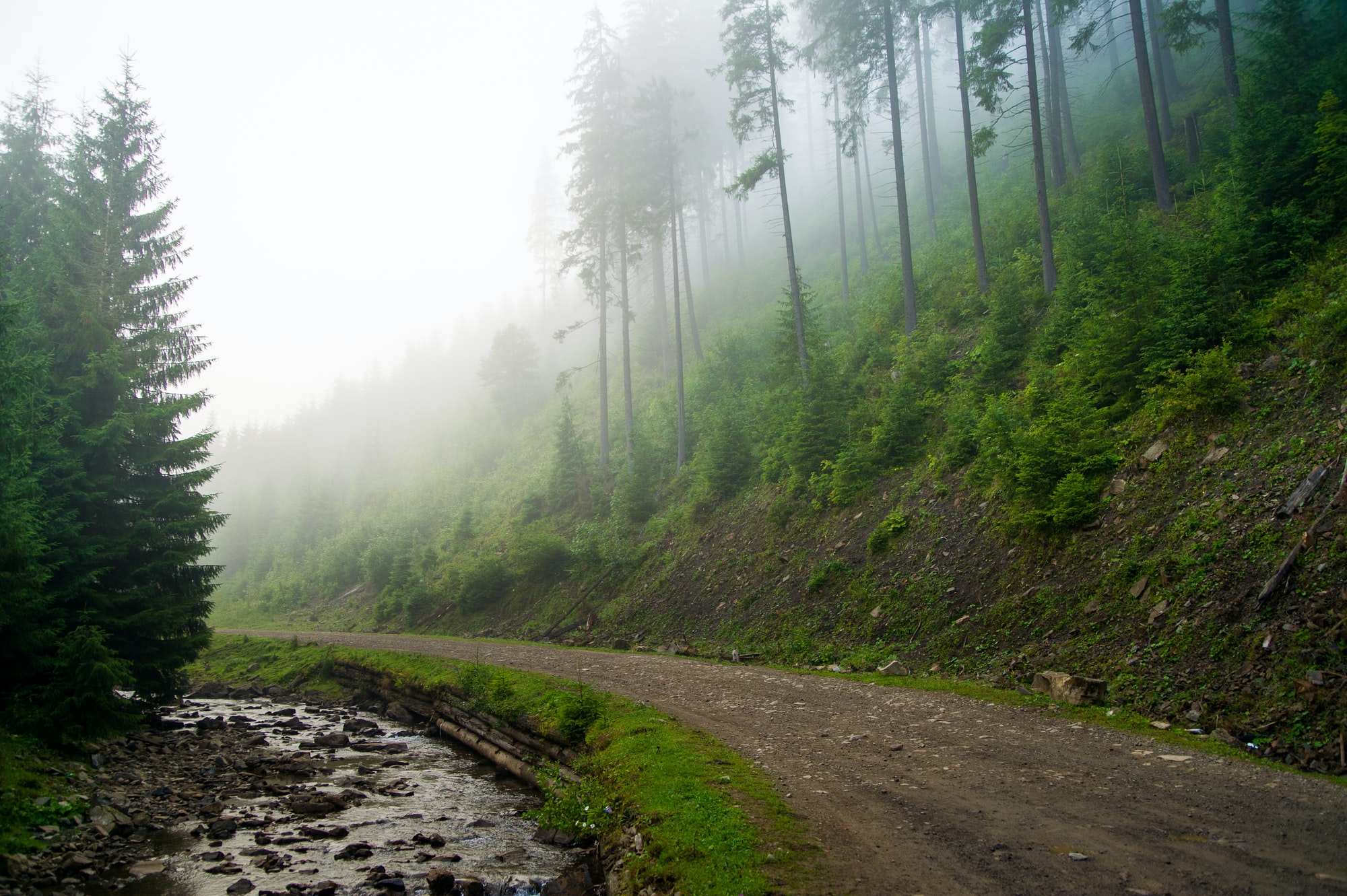 When the third guy ran for their truck, I started Gil’s pickup with the loaded sawed-off twelve in my lap. I put it in low gear for absolute breakaway speed and headed to pick up Gill, who was frantically hailing me from on the other side of the road. It sticks with me like a movie scene: Remembrances of Things Past. When I stopped, I fired both barrels of the side-by-side at the pick up. I had my left foot on the clutch and the other pedal to the metal – slightly drifting forward. One shot at the front tire and one into the darkened cab.

With Gil in the back, I hit 50-mph in a few seconds with a rooster-tail of pine straw and crushed pine cones, dust and dirt obliterating us from any following view as we headed into the dark with gasoline and adrenaline hitting their respective high rates of burn.

About four days later, while having breakfast at a diner in Montana, we saw a day-old Pocatello, Idaho, newspaper, the Idaho State Journal. The front-page lead article, Did A Drug Deal Go Bad? “. . . went badly for three men in Idaho. One in critical condition with a compound broken leg, another blinded in one eye by shotgun pellets, and the third in a coma.” The story went on to say they all had prior convictions and all had served prison sentences – Washington, California, and Idaho state prisons, and none were currently residents of Idaho.

One aspect of the story puzzled authorities; the paper went on to say, “The cash found at the scene was more than $45K hidden in the rocker panels.” That led authorities to believe the thieves were satisfied with what they probably came for, drugs. Charges, it went on to say, could not be made except for the money matter, and the three men have not been cooperative concerning the identity of their attackers. 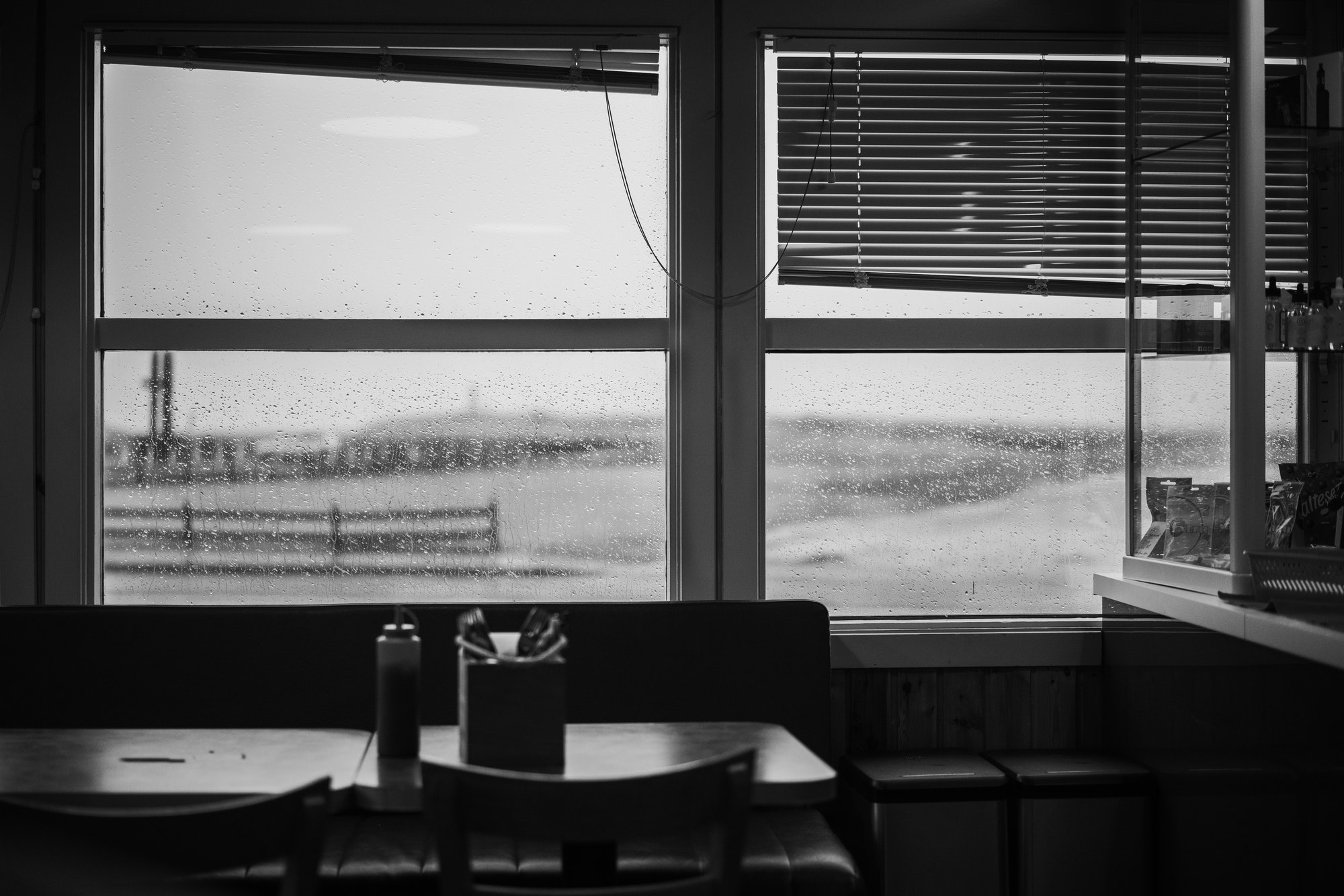 After Gill had given the story to me to read, he said, “Good thing we did what we did, or we’d have still been out there fertilizing the pines

Gill passed away last year, and we never did spend a lot of time talking about our encounter except once in a while fly fishing the years I made it to his ranch in Idaho. The only subject was a need to clarify details about the event, and even those became fuzzy.

He said he told his wife, but she never said anything to me about it at the funeral. The only picture of us together was taken by his auntie at a convenience store she owned outside the reservation. It was taken five days after our encounter and the backdrop was of Gil’s pickup. It’s the same picture I have.

TJ comes from the backcountry, Wyoming. He attended Colorado School of Mines and spent six years in the Army, which were served as two tours in Afghanistan. He’s a decorated Captain. His trade is blowing things up – legally. He writes under another ‘nom de plume’ you would recognize, builds fly rods, and ties flies so beautifully that I never fished them. He lives in Florida City, Florida, on 4-acres with his wife, their three dogs, four cats, and a sturdy, stand-alone garage no one is ever invited to see.