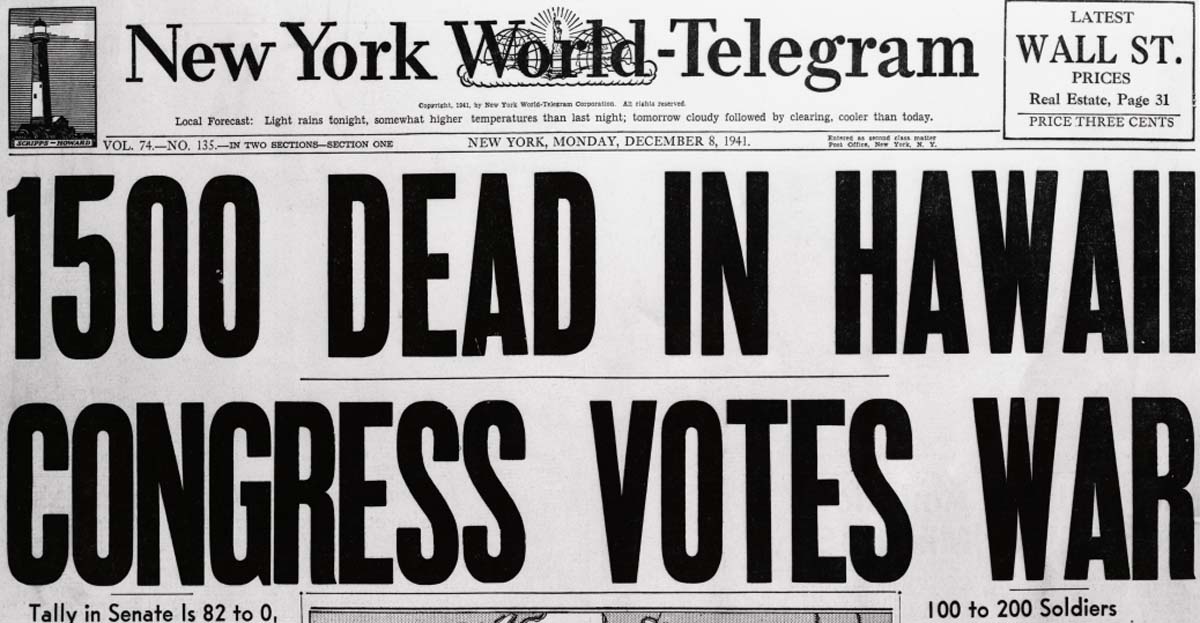 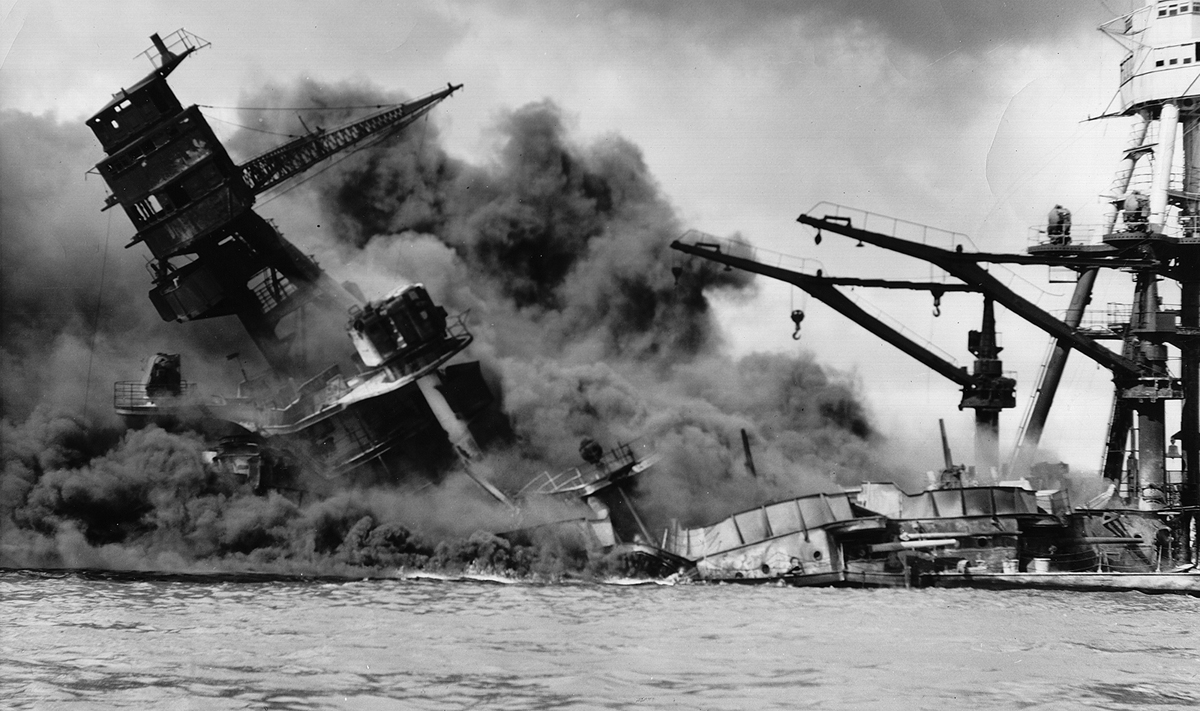 The attack on Pearl Harbor was a surprise military strike by the Imperial Japanese Navy Air Service upon the United States against the naval base at Pearl Harbor in Honolulu, Territory of Hawaii, just before 08:00, on Sunday, December 7, 1941. The United States was a neutral country at the time; the attack led to its formal entry into World War II the next day.

The Japanese military leadership referred to the attack as the Hawaii Operation and Operation AI, and as Operation Z during its planning.

Japan intended the attack as a preventive action to prevent the United States Pacific Fleet from interfering with its planned military actions in Southeast Asia against overseas territories of the United Kingdom, the Netherlands, and those of the United States. Over the course of seven hours there were coordinated Japanese attacks on the U.S.-held Philippines, Guam, and Wake Island and on the British Empire in Malaya, Singapore, and Hong Kong. 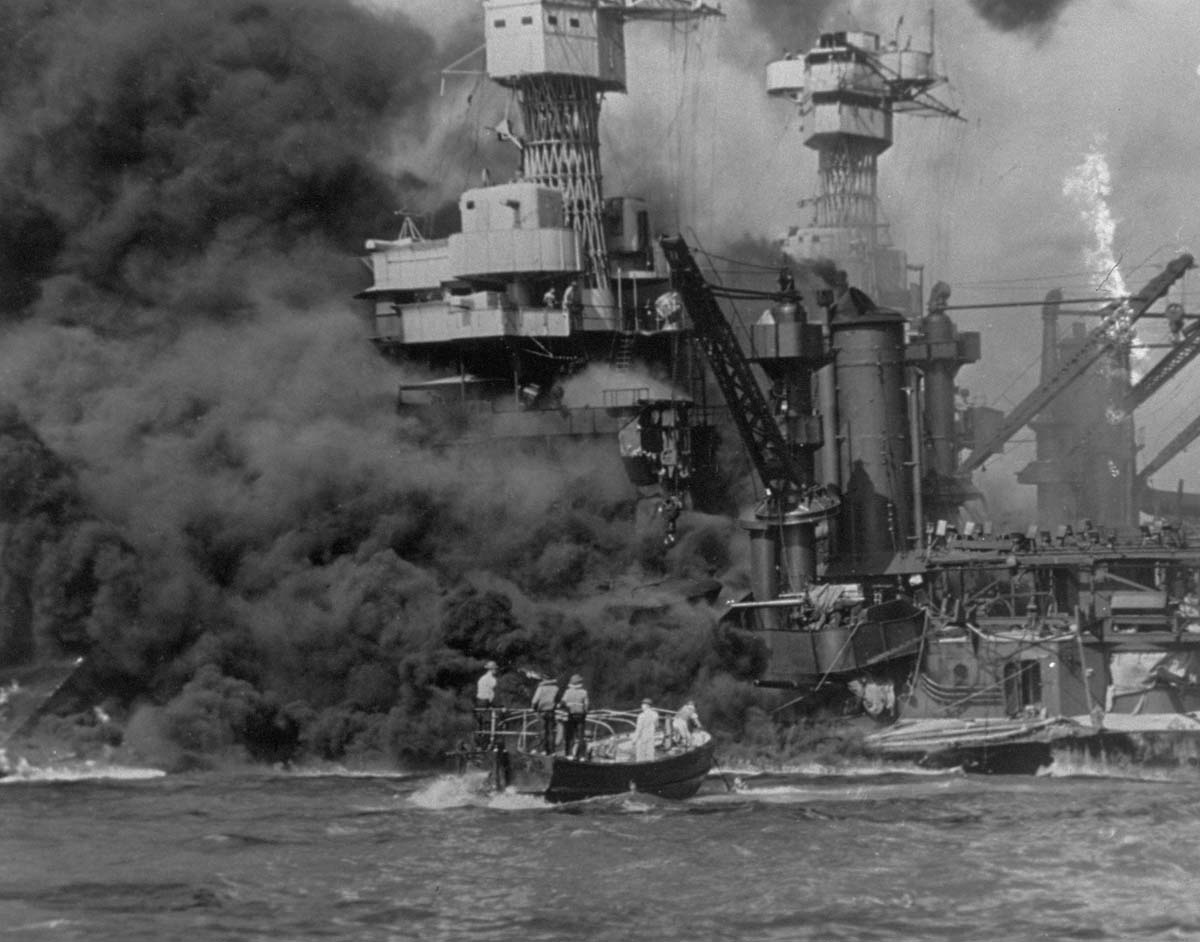 The attack commenced at 7:48 a.m. Hawaiian Time (18:18 GMT). The base was attacked by 353 Imperial Japanese aircraft (including fighters, level and dive bombers, and torpedo bombers) in two waves, launched from six aircraft carriers. Of the eight U.S. Navy battleships present, all were damaged, with four sunk. All but USS Arizona were later raised, and six were returned to service and went on to fight in the war. The Japanese also sank or damaged three cruisers, three destroyers, an anti-aircraft training ship, and one minelayer. A total of 188 U.S. aircraft were destroyed; 2,403 Americans were killed and 1,178 others were wounded. Important base installations such as the power station, dry dock, shipyard, maintenance, and fuel and torpedo storage facilities, as well as the submarine piers and headquarters building (also home of the intelligence section) were not attacked. Japanese losses were light: 29 aircraft and five midget submarines lost, and 64 servicemen killed. Kazuo Sakamaki, the commanding officer of one of the submarines, was captured. 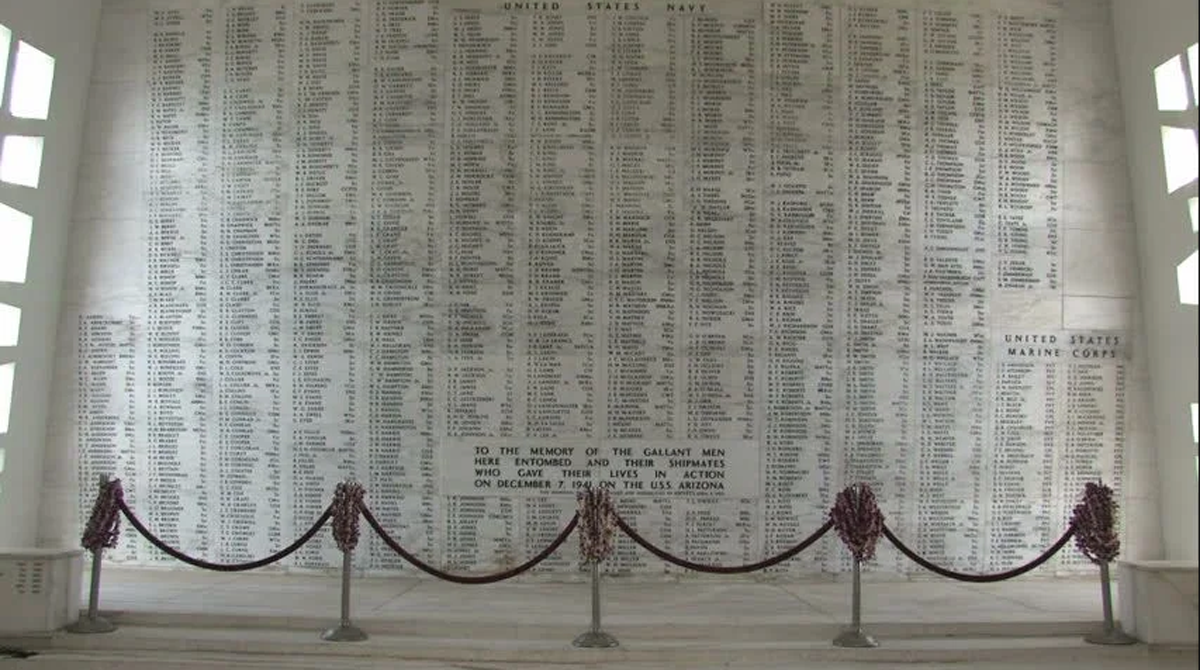