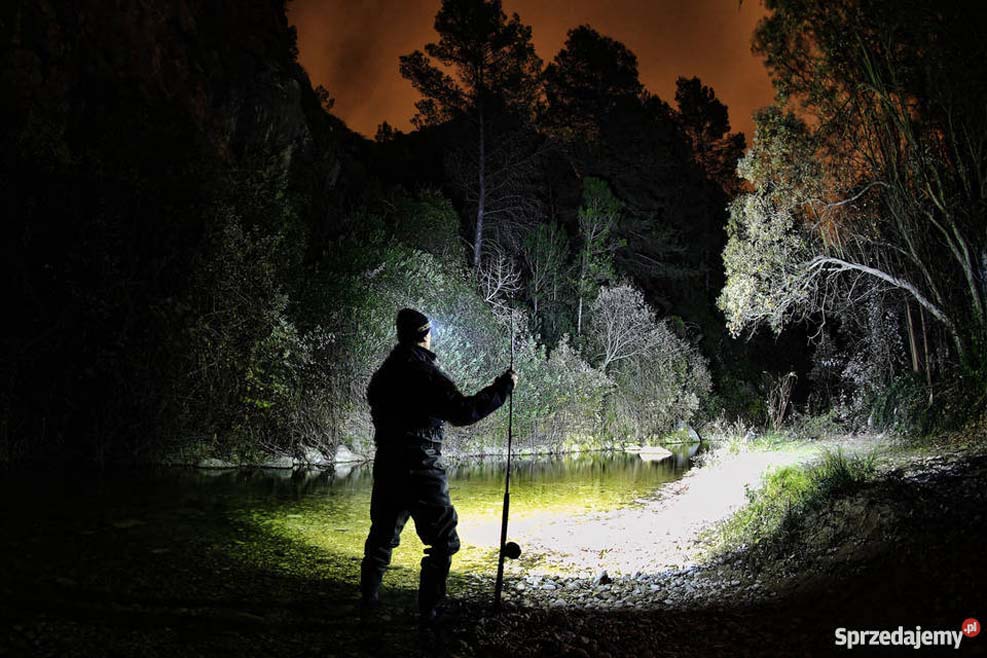 A safer way to fly fish in the dark

When we arrived, Bill, the caretaker met us and gave us all the intel:

“The past winter was perfect for holdover bows, and I’ve seen some big browns in the two long pools”

Bill said it was going to rain all day on Sunday and get colder, but added it should still be good fishing before the weather transitions and water rises dirty late in the morning. That meant getting up pre-dawn to make it all happen on Sunday. It was the start of Daylight Savings. Mistakenly, we stayed on daylight time and wet by six DST – facing two hours of darkness.

Walk-in fishing in the dark is a nightmare aiming lumens from your mouth while casting, and changing leaders and flies

A flashlight, the short, slim diameter versions campers use, and I keep in my truck suck when aiming at riverine happenings while anchoring it dentally. A mishap could be in the thousands of dollars if your bite got repositioned accidentally.

I’ve always liked getting on the water early, but now, not without my head “lighter.”

In the dark, having enough lumens, saving upper front teeth, and seeing fish and where I’m going are all comfortably doable using a headlamp. In search for such lights in the camping department at Cabela’s gave me an opportunity to see how far comfort camping had come. These days, “glamping” is the way to go – portmanteau of glamour and camping with amenities. No need to rough it if you don’t want to – bring the “steamer trunks” and champagne.

Initially, I was in over my head in the headlamp section. There were too many headlamps. Serendipitously, a young Cabelaite saleswoman asked if she could help. It turned out she was an experienced camper and spoke fluent camp light.

She determined what I needed, then reduced the merchandise to performance specs and narrowed that down to two products. It was going to cost me about $45 or $60 to be a fly fishing coal miner who could see in the dark.

Paige, the star camping department salesperson at a Georgia Cabela’s: “We tend to overthink things that initially confuse us”

Here are the two headlamps that Paige recommended, I bought one of them.

NOTE: Both headlamps have the feature of angle adjustment (up/down). Not mentioned was the ease of output switching. How easy is it to reach up with one hand (your other hand is on the fly rod) and click through the modes? Sometimes, you don’t want to use full power walking to a new honey hole or even fishing. Think battery life.

Also advantageous is having an alternate beam pattern – like wide.

• Light beam reaches out to 63 yards.

• 117 hours on a single charge consistent output in a wide range of temperatures.

• Reflective headband helps you to be seen when a light is shone on it, and is equipped with an emergency whistle for rescue situations

• Actik is a HYBRID headlamp: it comes with three standard batteries, and is also compatible with the CORE rechargeable battery