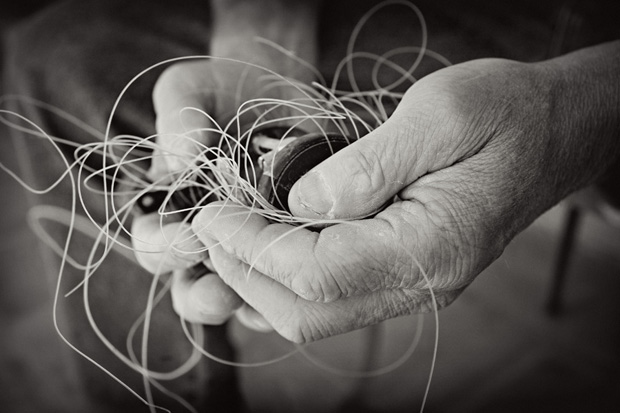 Advice: Blood Knot subdued by a tooth pick, a pre-tied knot or a metal tool

Two Mo-Betta ways to tie the pain-in-the-arse Blood Knot, and its semblance

On Monday’s we look forward to a few blogs dedicated to that day. Blogs that are always readable and rarely skimmed. One such is Louis Cahill and Kent Klewein’s Gink and Gasoline (G&G).

This week’s G&G offering captured our attention because it was about tying the Blood Knot. A knot that some of us have hated since puberty; and have been forced to tie in the field a zillion times – especially so if a trout fisher by vocation.

Age though took advantage of me, personally, so I had a legitimate excuse to abandon it and adopted a tool. A tool that actually makes for a better holding knot and can join largely differing diameter leader materials and can be tied quickly. The latter tool is called, Tie-Fast and you can check it out here . . .

However, for those who use the Blood Knot regularly you can obtain a very valuable “collector” tool to tie it perfectly and in almost a nano-second. The tool is quite expensive, but stick with us on this and watch this Chris Fave (originally on Facebook) video but now available here . . .

An additional “simple” way to tie the bloody Blood Knot is YouTube provided by Fly Fisherman: