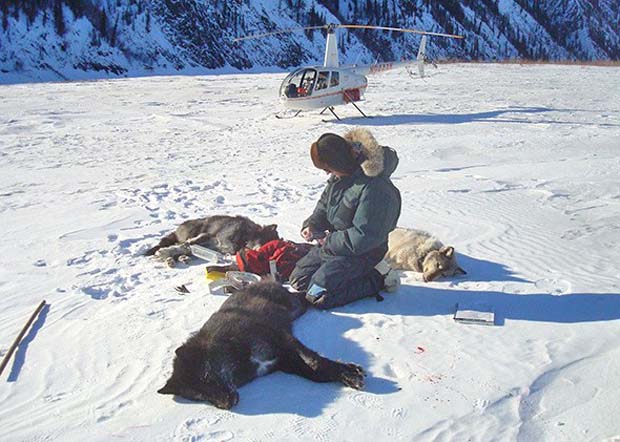 News: Legal slaughter in Alaska? How they got dumber by the minute 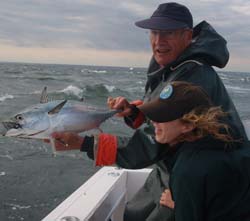 “Jen and Ted.” Ted with a nice albie from a rip. www.forbes.com image

Editorial Opinion of Fly Life Magazine.com: Are these wildlife folks poorly educated, just ill-informed or are we looking at commercial manipulation of a state agency?

Some state wildlife management folks have short memories. Specifically, killing off wolves, the top predator and slaughtering other predators – grizzlies, black bears. Killing off wolves has been tried many times before.  Why this Alaskan foolhardiness? It has ALWAYS had dire consequences for small game, fisheries, forests and other predators.

Coyotes, one of the most remarkable and resilient survivors, run amock in an absented field of Canis lupus (gray wolf, grey wolf, timber wolf, western wolf). Attempts to extinct or even control Canis lupis populations in western U. S., Europe, and Canada have ALWAYS proved disastrous. So why are some states trying to obliterate wolves? As the Skimm-ers would say about the Alaska Game Board and wildlife service … think stupid.

Alaska’s attempt to intrude on federal wildlife refuges has incensed the U.S. Fish and Wildlife Service, for good reason

[dropcap]A[/dropcap]mong the many talents of Dan Ashe, director of the U.S. Fish and Wildlife Service, are statesmanship and restraint. It’s hard to tell when he’s angry. But when we talked in March, he was seething.

The source of his ire: Wildlife managers in some states are seeking to oust federal management and take control themselves. Inciting the rebellion is Alaska.

Alaska kills off wolves, grizzlies and black bears in a vain attempt to convert the state to an ever-expanding Stop-and-Shop for moose and caribou hunters. It has directed managers to gun down wolves and all bears from helicopters, and to gas wolf pups in dens. It has authorized private citizens to shoot wolves from airplanes, to hunt and trap wolves when pelts are worthless and pups helpless, and to bait, trap and snare grizzlies. It has allowed hunters to fly into grizzly and black bear habitat and shoot them the same day and to sell the body parts of black bears.

The U.S. Fish and Wildlife Service usually allows states to regulate hunting on national wildlife refuges, though it doesn’t have to. The agency tried to work things out with the Alaska Board of Game. But when the grizzly slaughter on the Kenai National Wildlife Refuge threatened survival of the population, the refuge closed grizzly hunting. Alaska’s game board responded by escalating, where possible, its war on predators. 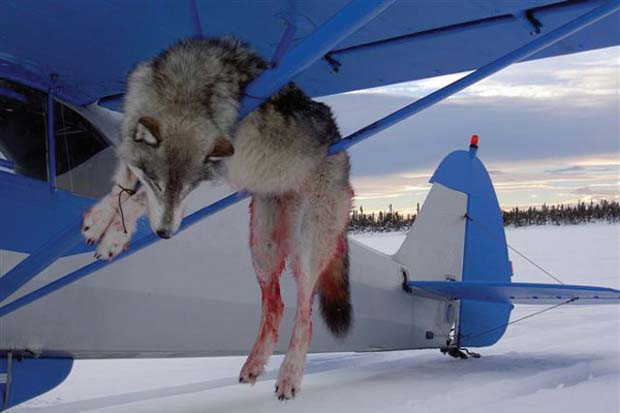 In Alaska’s wilderness they now eradicate animals from helicopters, poison the dens with wolf pups . . . In Alaska, bad things are happening to natural selection.

So the Wildlife Service proposed a rule restricting the state’s more destructive predator-control measures on national wildlife refuges. In response, Alaska’s predator controllers have taken their case to the Association of (state) Fish and Wildlife Agencies, whipping members into a froth of paranoia about imagined federal overreach.

The state association’s mission is to advance scientific wildlife management in partnership with federal agencies. Instead, it and organizations supposedly representing sportsmen have been sounding like the Bundy militia.

In a Feb. 19 letter to the Wildlife Service’s Ashe, the Association of Fish and Wildlife Agencies, National Rifle Association, Congressional Sportsmen’s Foundation, National Wild Turkey Federation and Wildlife Management Institute, wrote, “A national application of this rule would universally derogate state fish and wildlife agency authority to manage fish and wildlife on national wildlife refuges.” As if Ashe were considering a national application, and as if states ever had such authority.

Gary Taylor, legislative director emeritus of the Association of Fish and Wildlife Agencies, has warned members that the rule “would promulgate into regulation the Fish and Wildlife Service Policy on biological integrity, diversity, and environmental health.” As if this were somehow contrary to sportsmen’s interests.

And the association’s current director, Ron Regan, complained to the U.S. Senate that “the rule would usurp Alaska’s authority to manage fish and wildlife for sustained yield” on national wildlife refuges. As if there were anything to “usurp,” and as if Alaska manages predators sustainably.

The courts are clear on who tends national wildlife refuges … read complete story . . .

Sign-up for High Country News and get something worth reading . . .