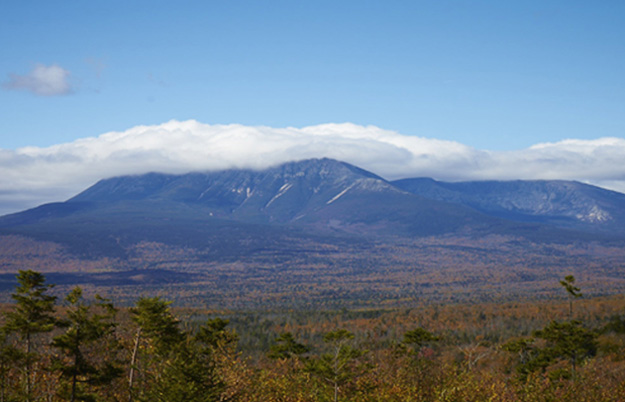 President Trump, under pressure from public land heist interests in Maine, Utah, and elsewhere, is considering undoing a designation that no president has ever done before. Rescind national monument designations made by predecessors.

The Antiquities Act of 1906 doesn’t give the president power to undo a designation, and no president has ever taken such a step. But Trump, who comprehends so little, isn’t like other presidents.

Even Fox News, champion of alternative facts, sees the folly of undoing The Antiquities Act and disregarding the majority of voters’ choices in Maine, Utah, and elsewhere. [dropcap]F[/dropcap]ormer President Barack Obama used his power under the act to permanently preserve more land and water using national monument designations than any other president. The land is generally off-limits to timber harvesting, mining and pipelines, and commercial development.

Obama created the Katahdin Woods and Waters National Monument in Maine last summer on 87,500 acres of donated forestland. The expanse includes part of the Penobscot River and stunning views of Mount Katahdin, Maine’s tallest mountain. In Utah, the former president created Bears Ears National Monument on 1.3 million acres of land that’s sacred to Native Americans and is home to tens of thousands of archaeological sites, including ancient cliff dwellings.

Trump’s staff is now reviewing those decisions by the Obama administration to determine economic impacts, whether the law was followed and whether there was appropriate consultation with local officials, the White House told The Associated Press. Against the wishes of voters – the Utah Legislature approved a resolution signed by the governor calling on Trump to rescind the monument there. In Maine, LePage asked the president in March to intervene

Newly sworn-in Interior Secretary Ryan Zinke has said he’ll fight the sale or transfer of public lands. But he also believes states should be able to weigh in. The National Parks Conservation Association has vowed to sue if Trump, the Interior Department or Congress tries to remove the special designations.

“Wherever the attack comes from, we’re ready to fight, and we know the public is ready to fight if someone comes after our national parks and monuments,” National Parks Conversation Association spokeswoman Kristen Brengel said.

In Maine, the prospect of undoing the designation is further complicated by deed stipulations requiring the National Park Service to control the land and a $40 million endowment to support the monument, said Lucas St. Clair, son of Burt’s Bees co-founder Roxanne Quimby, who acquired the land.

Three of the four members of Maine’s congressional delegation want the monument to stand to avoid reopening a divisive debate in towns surrounding the property.

“Rather than re-ignite controversy in a region that is beginning to heal and move on, I hope we can allow the monument to continue to serve as one important part of a multifaceted economic revitalization strategy which is already underway,” said independent Sen. Angus King.

NOTE: Featured Image is a view of Maine’s Katahdin Woods National Park from the road driving into it. Courtesy of Click on Detroit.com.

Katahdin is not “currently” on the Trump Proclamation 8327, but is expected to while under review. A review, BTW, which has already been completed by the citizens of  Maine.