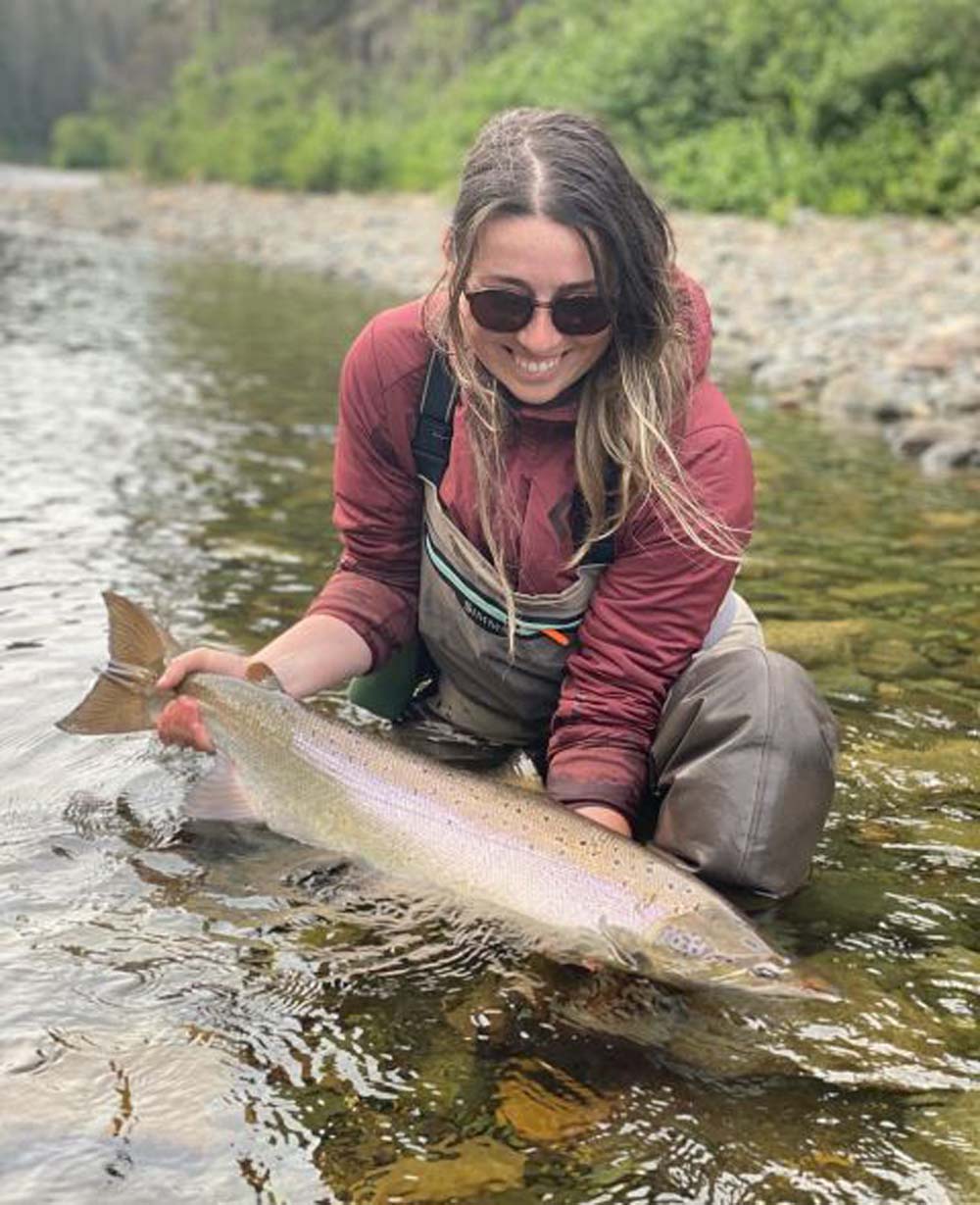 Aquaculture is good; open net-pens are not good, nor eco-sustainable

In 2021 several escaped salmon from open net-pens were found in rivers in Maine and Nova Scotia. Robust scientific evidence shows that escaped fish, essentially domesticated animals, can and do interbreed with wild populations. The hybrid offspring are less fit for life in the wild and thereby threaten wild stocks through genetic dilution.

“A yellow label for open net-pen aquaculture salmon from Maine and Nova Scotia is simply unacceptable. Escaped fish from these operations put critically endangered wild populations at risk. Everywhere this industry operates there are negative ecosystem effects. Maine and Nova Scotia are no different.”

Beyond its harm to wild salmon populations, open net-pen aquaculture has increasingly been under fire for animal health issues. Images showing diseased, sea lice-ridden fish are widespread on news and social media sites. The industry is also a heavy user of pesticides and other chemicals, and its operations release damaging effluent into the marine environment. For all these reasons, many buyers’ guides, including Canada’s OceanWise, recommend against purchasing all open net-pen aquaculture salmon. 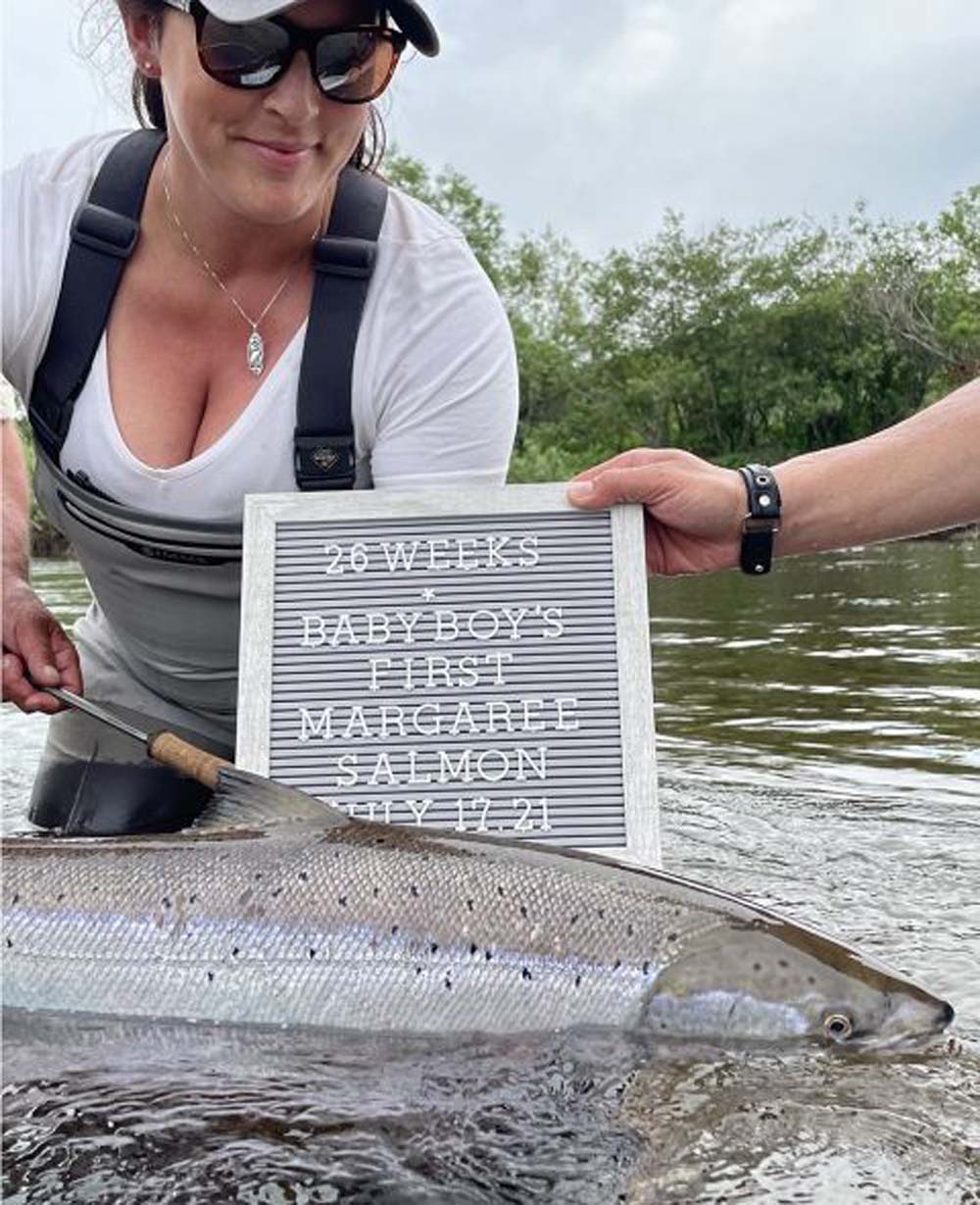 Deirdre Green introducing a new generation to the wonders of wild Atlantic salmon. “On the Margaree with family and friends, at a time when the Atlantic salmon were coming in from the ocean in numbers.” Photo Mitchell Roberts

New advice for seafood shoppers is being criticized by wild salmon advocates in Eastern Canada. Seafood Watch, a buyer’s guide published by the Monterey Bay Aquarium, recently upgraded open net-pen salmon from Nova Scotia and Maine to yellow, or “Good Alternative.” Meanwhile, the guide gives a red “Do Not Buy” rating to salmon raised in sea cages in British Columbia, New Brunswick, as well as Newfoundland and Labrador. 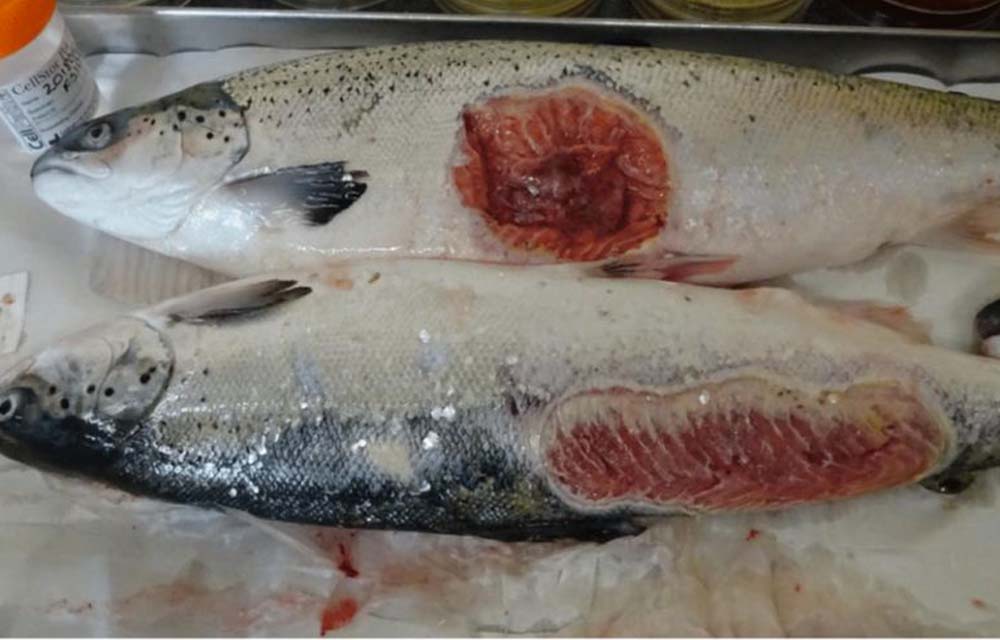 This salmon is not finger-licking good, more like an all too common open-pen fishery incidence even when constantly fed chemically laced feed and sprayed with pesticides. Is aquaculture terrible? So, no, but this open-pen shit is terrible and environmentally unsustainable. Photo credit The Ferret.

Want to keep up on important salmon news? Get updates from the Atlantic Salmon Federation in your inbox.