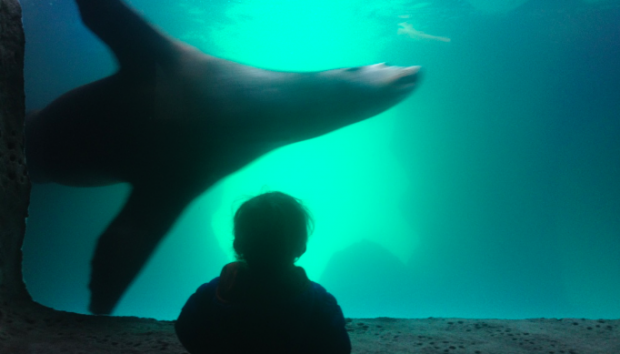 Aquariums… good/bad? S 1520 and the future of fishing.

With fish and fishing, where exactly are we headed?

By Capt. John McMurray for Fissues

[dropcap]L[/dropcap]et me preface all this by saying, I love aquariums.

Particularly the New York Aquarium in Coney Island.  It’s iconic.  And the staff there is awesome.  Riverhead, with its native saltmarsh display is a close second.  And Monterey?  Supper cool.  Especially the giant tank with tuna swimming around in it. 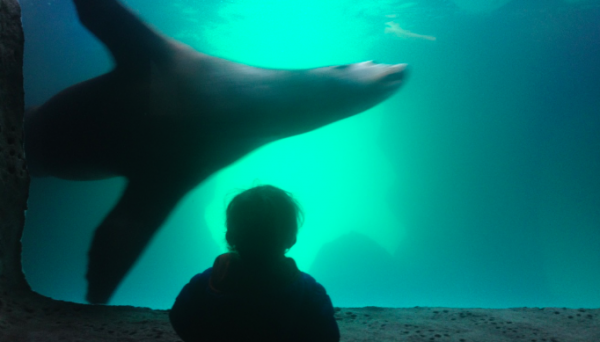 I could go on here…  Because with just about every city I visit, I try and make sure I hit the local aquarium…  most of the time with a couple of “oohing” and “ahhhing” kids in tow.  While sure, they enjoy it, I’d be lying if I didn’t say that such visits are mostly for me… because it’s a quick-and-dirty fix, particularly during the off-season.

But let me be honest…  Sometimes, those visits make me profoundly sad.

Why might be hard to explain, but bear with me, because there’s a point to this, and it all ties into what’s happening on the water, and in DC.

It’s precisely those “oohs” and “aahhs” when that 50-pound striper swims by the glass that set me off.  Because it’s the same sort of reaction I get in the wild, although it usually manifests itself in some sort of shouted expletive.  It’s the same heart-rate spike.  The same sense of wowness (if that’s a word) when you see a striper roll, or a tuna come rocketing out of the water, or a gigantic humpback breach in the wild. 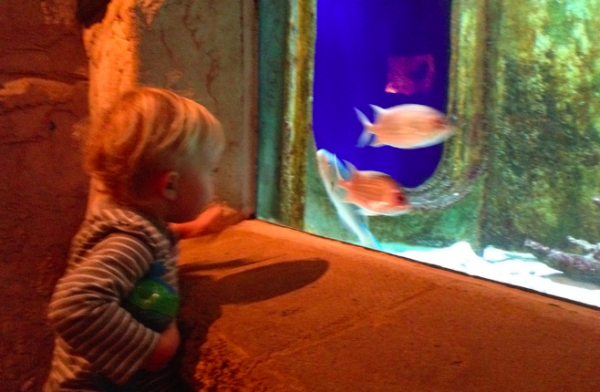 With every city I visit, I try and make sure I hit the local aquarium… most of the time with a couple of “oohing” and “ahhhing” kids in tow.

Yes, it’s important on a number of levels that we have that aquarium experience for a broad range of folks, particularly given the fact that most aquariums across the globe not only educate visitors on conservation, environmental threats to fisheries etc., but they are in many cases conservation advocates.  And not everyone gets to be out on the water, certainly not on a regular basis.   But “man”, at least this one, cannot/should-not live on aquariums alone.

Having experienced the last two decades as a fisherman, and a decade as a fishery manager; having seen huge coastal population increases; having witnessed large extractive industries pushing to catch every last fish they can, claiming them as their own; having seen a push from commercial fishermen, and now some anglers to weaken the conservation provisions of a federal law that works to keep a few fish in the water; having seen the ever increasing demand for seafood spawn an unholy fish-farming industry, with plans to populate oceans with fish-pens, while sucking forage-fish up to feed antibiotic filled frankenfish; and having a full understanding of how climate change and ocean acidification is affecting the entire ocean…  I can’t help but wonder if the aquarium experience will, at some point, be all we’re left with.

Too many folks (particularly those in congress) are far less willing to compromise than they were in prior decades. Good bi-partisan bills are somewhat rare. That, coupled with a very real anti-regulation bent in administrative agencies could work out quite badly for the fish, for us, for the future of fishing in general.  Arguably, it already is.

There are younger generations behind us, without the outdoor experience.  Generations that grow up favoring video games and social media over going down to the dock to catch snappers.  I can tell you firsthand that a lotta these kids are smart. They have access to way more information than we did, and they understand when things aren’t right.

They are and will continue to get fed up with an aging generation screwing things up.  Killing too many things, avoiding climate change, and, well everything else we’re currently failing on.  And at some point, such generations will be managers and lawmakers.

I can’t help but feel if we continue to go down this road, if we don’t keep a lid on all this pressure, well, we won’t stop fishing simply because there are no fish around, but because those later generations simply mandate it.  Because we failed.  Failed to manage things sustainably. Failed to manage so that there are enough fish in the water for the entire public to utilize instead of simply special interests.

Yes, I still get goosebumps when I see that big striper swim by the glass, yet sometimes, suddenly and profoundly, it all really bums me out.

Perhaps such thoughts are spawned by the usual post season “I’m-not-fishing-and-I-hate-everyone” blues, but maybe they are legitimate concerns from a person with enough on and off the water experience with this stuff to have an understanding of where things might be going.  IF they are allowed to go there.

And if they do, then what?  An ocean of fish farms?  And… the only interaction, touch-tanks in aquariums so we can go and pet them?  That’s largely what’s happened with many terrestrial species.  We now gawk at them in zoos.

We’ve been writing about what we believe are a few really bad, ahem, scary-bad, bills in congress–game changers really.

Let me be clear:  H.R. 200 is worthless…  It is, more or less, the same bill we all dubbed the “Empty Oceans Act” back in 2014.  Very little has changed, except all the bad parts of the Modern Fish Act got incorporated into an already hugely flawed bill, which seems to allow overfishing through a number of poorly thought out exemptions to current law.  In my/our opinion, it’s a sell-out bill.  It sells out the future… our kid’s future, for short-term profit of special interests.

That said, a mark-up of S.1520 took place on February 28.  Thanks to true bi-partisan compromise, what came out, while certainly not optimal, is still, not bad.  Not bad at all…  Especially considering where we started.