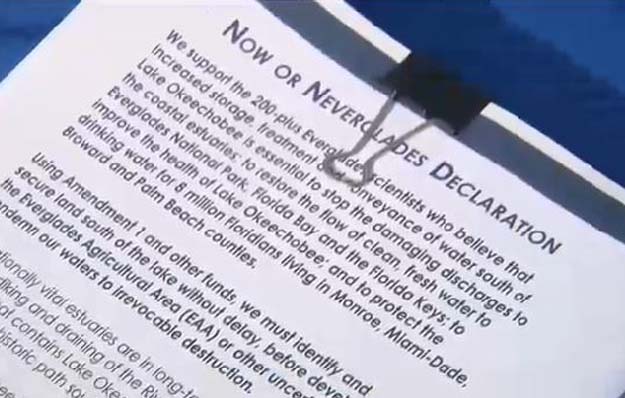 Are you OK with destroying The Everglades?

[dropcap]T[/dropcap]omorrow, many captains and anglers from around Florida are taking days off of work to travel to the capital of Florida, Tallahassee, to make their voices heard. To implore lawmakers to follow what was outlined by the Comprehensive Everglades Restoration Plan in 2000 – to build reservoirs south of Lake Okeechobee (Lake O )to help store, clean and properly convey fresh water on its natural path.

Sending water south from Lake O, where nature had determined it should flow, is a simple compliance that will filter-clean water all the way to Florida Bay. A necessity that if not met will destroy more property than imaginable… from the St.Lucie and Caloosahatchee rivers all the way to the Florida Keys’ coral reefs.

Nothing could be better than to have the science weight of the Bonefish & Tarpon Trust behind this impending environmental disaster… one so devastating that “collapse” is not an overstatement.

My Visit To The War Zone

The Bonefish & Tarpon Trust’s Quarterly Letter from its Chairman of the Board Harold Brewer is a timely and impactful message of urgency / April 7, 2017

“There are many things anglers might debate while chasing fish on the flats, but as conservationists, we can all agree nothing is more fundamental to the health of our fisheries than water quality. You need only look at the environmental crisis in South Florida to see the devastation caused by compromised and mismanaged waters.

For those of us who have fished in Florida over the years, the changes are stark. I took my first trip to the northern part of Florida Bay in 1979. My young son and I launched our small Boston Whaler at Flamingo and spent several nights camping on the beach at Cape Sable. We found the whole area alive with wildlife and birds, and the fishing was amazing.

Although I’ve returned to the Bay and backcountry scores of times since then, it was on a trip last month that the memories of what has been lost hit home. A good friend and BTT supporter invited me to spend the day with him poking around Snake Bight. After an early morning run from Islamorada, we poled slowly through Rankin and Santioni Bights, and on into Terrapin Bay. Every time the pole was planted, a puff of algae and sediment swirled into underwater clouds. Not a single blade of seagrass could be found. We sat in silence, stunned by the horrific quality of water and near total absence of fish, birds, and turtles.

This story is not unique. We’ve heard similar accounts of algal blooms, seagrass die-offs, fish kills and more from members, anglers, and guides. The impacts are there for all to see but, surprisingly, questions about how to address the causes continue to be hotly debated. For BTT, as a science-based organization, the solution is obvious. We need to restore Lake Okeechobee’s natural flows to the Everglades and Florida Bay – goals that BTT is advancing through its Fix Our Water initiative and participation in the Now or Neverglades coalition.

Unfortunately, it’s not as easy as opening a spillway south. Waters in Lake Okeechobee today have phosphorous levels that are five to ten times greater than federal water quality standards and must be cleaned before being released into the Everglades. That, however, has not stopped them from being sent down the St. Lucie and Caloosahatchee rivers during periods of heavy rain, where coastal estuaries have paid a heavy price.

We all live downstream–that’s never been truer. In the case of Lake Okeechobee, our coastal estuaries are being pounded by releases of polluted water measured in billions of gallons, while the Everglades and Florida Bay are dying of thirst. Without sufficient flow of clean water south, salinity levels in Florida Bay spike to dangerous levels and threaten the very existence of this world-class fishery. 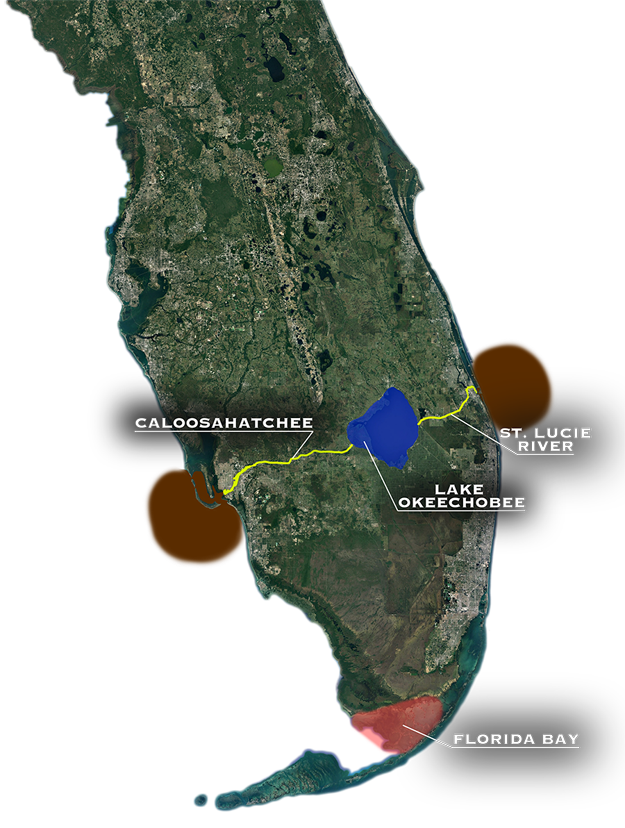 The area impacted is greater in acreage than that several Northeastern States – combined. Map courtesy of Now Or Neverglades Coalition.

BTT has called for the expedited implementation of the Comprehensive Everglades Restoration Plan. As an important step in that process, we support Florida Senate Bill 10 and House Bill 761, which will provide for a new reservoir south of Lake Okeechobee to store, clean and send water to the Everglades and Florida Bay. Science shows us that this option will provide the greatest benefit by helping to stop damaging discharges to coastal estuaries, rehydrate the Everglades, and restore water quality in Florida Bay–all of which will help safeguard the state’s multi-billion-dollar recreational fishing industry.

Along with partners in the Now or Neverglades coalition, we have helped position the issue of Everglades restoration and water management in Florida for promising action. The important question of water storage south of Lake Okeechobee will be decided soon in the Florida Legislature. If you have not already done so, please take a moment to show your support by signing the Now or Neverglades Declaration and by contacting your elected officials to urge passage of support for SB 10 and HB 761.

You can find an easy way to generate a message via emails at BTT/FixOurWater. If you visit the state of Florida to fish but are not a resident, you can also join the effort by texting the word WATER to 52886.