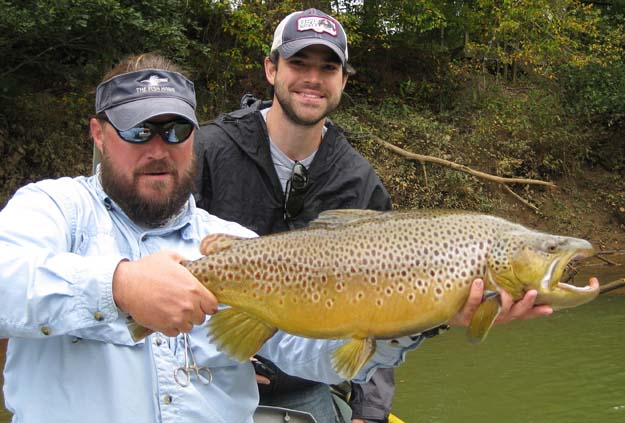 At The Vise: The art of the articulated fly

Is this the origin of the articulated fly? 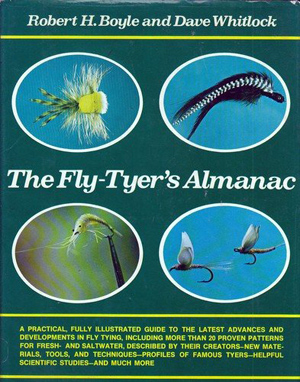 [dropcap]M[/dropcap]ost tyers credit Kelley Galloup with the modern day articulated fly, and no one has reason to disagree with that, but its origin is in the Ozarks. Buried in my memory and in a book by my favorite man of the fly, Dave Whitlock, I recalled mention of a “hinged” fly in one of his books. Sure enough, it’s in The Fly-Tyers Almanac (written with Robert H. Boyle). It’s a Damselfly Nymph made to “hinge” with piano wire. Oddly, even with huge successes, the articulated or hinged fly didn’t popularize until about ten years ago.

Chad won’t tell you exactly where he fishes in Georgia, North Carolina or Tennessee, but he’ll take you there if you’re up to coming up short a few times in a row. Chad adds, “Monster trout didn’t get to be 12 years old because they’re stupid.” 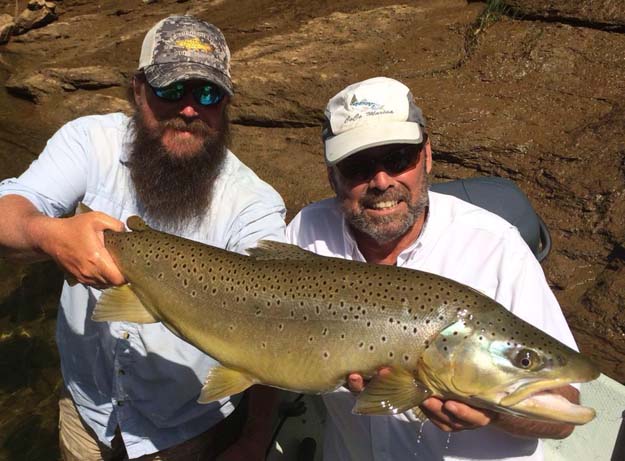 Keep in mind, Chad worked at perfecting these patterns for years, so you’re eliminating the proverbial learning curve, and that’s like money in the bank.

Chad’s approaches to tying are mastered in his videos, one fly at a time. These videos are not 2-minutes long, but an hour or more. You step away from watching knowing how to tie the pattern “exactly.” However, armed after watching how to tie “exactly,” your inventory ties can be done in minutes. 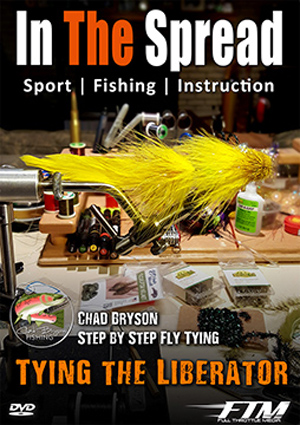 Click on image to check out the Liberator fly trailer.

For example, watching Chad tie The Liberator or The Chattahoochee Double Deceiver patterns are better than almost all the hundreds and hundreds we’ve watched on YouTube or Vimeo. Why? Well, there’s no guessing. No step is, wha? Or I think he meant this or that. Bryson does not use material only found on a Chilean frog’s neck during mating season, costs $$$$$, must be bought using PayPal, and only available from The Bernie Madoff Company based in Caracas, Venezuela.

ALL the materials are ho hum… available at any fly shop – Key West, Paris, London, San Diego or yours, just down the street.

Tools that do it better

One note of interest, Chad has been at the tying business for years, and like Kelley Galloup, he’s come up things that eliminate BS. Chad’s tool list of products takes the ‘damn it’ out of tying. Nothing fancy, nothing too expensive and all things make life at the bench simpler and easier.

To view In The Spread videos and view purchase options . . .

NOTE: Streaming (48-hour limit) is $10; monthly is $20 to get full access to a huge list of videos or contact Chad direct for individual videos – $25 each + shipping.