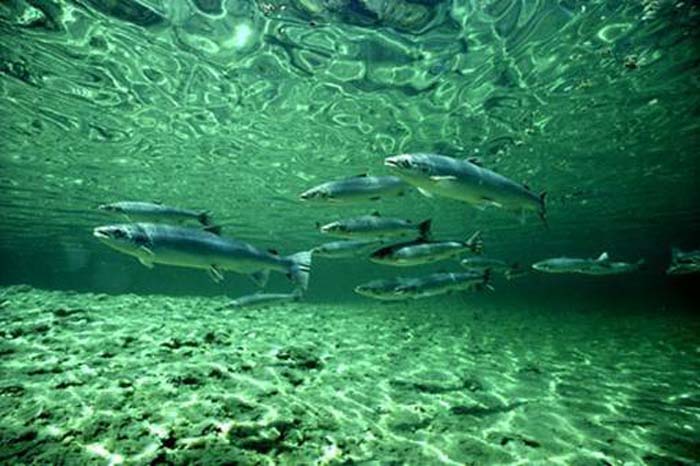 Atlantic Salmon Recovery in the Sheepscot River of Maine

NOTE: This story first appeared in the Boothbay Register 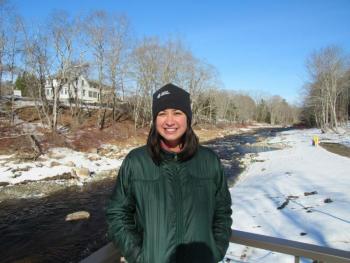 [dropcap]T[/dropcap]he Sheepscot River was once teeming with sea-run fish including Atlantic salmon, alewives, shad, lamprey, and eels but today these fish are all at less than 1% of their historical abundance. In an effort towards species recovery, the Coopers Mills Dam was removed in 2018 to restore fish passage to over 20 miles of river and 700 acres of pond habitat. The previously impounded stretch that was behind the dam is now habitat for Atlantic salmon.

The Maine Department of Marine Resources (DMR) is the state agency responsible for conserving marine resources and implements a supplementation program throughout Maine for the recovery of Atlantic salmon. DMR quickly recognized the habitat opportunity and added the reach in Coopers Mills to their stocking program.

Every spring, DMR documents the Atlantic salmon juvenile smolts exiting the Sheepscot River by trapping in Head Tide, just below the dam. Smolts are juvenile Atlantic salmon, predominantly two years of age but varying from one to three years in age. In 2018, 229 smolts were caught; 53% of those were naturally reared from either wild salmon or egg planted salmon and the rest were from parr stocking. Based on this data, DMR estimates that over 1,600 Atlantic salmon smolts exited the Sheepscot River in 2018. The adults will make their migrant return in a few years to start the cycle again.

DMR will begin smolt trapping this year around mid-April and with the crew trapping from about 8am to 10am. The public is welcome to observe and DMR biologists are available to answer questions afterwards. Results will be posted each week at the Head Tide Dam kiosk.

The Coopers Mills dam removal was a part of a project that also included the construction of three new dry fire hydrants and enhancements to the town property including a river overlook, interpretive signage, trails, and the stabilization of the historic mill foundation walls. The work was completed in partnership with the Town of Whitefield. 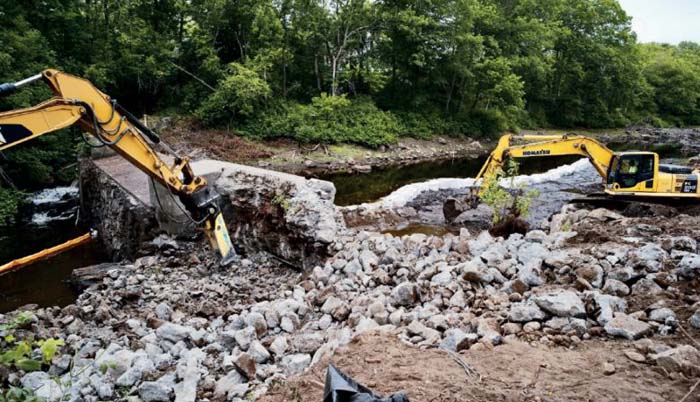 On July 24, labouring in air so damp you could wring it like a sponge, workers began demolishing the Coopers Mills dam in the upper Sheepscot River, near Whitefield, Maine. Local residents lingered as the 214-year-old structure crumbled under a jackhammer’s assault. A front-loader hauled boulders and debris away from the embankment. Spearheaded by the ASF, the dam removal is part of a 3-year, $2.2 million initiative to improve fish passage in the Sheepscot. Sea-run species such as American shad, alewife, and Atlantic salmon were once abundant here, and by returning a more natural river flow, “we anticipate their numbers will rebound steadily,” said Andy Goode, ASF’s vice president for U.S. programs. ASF photo.

The Coopers Mills project was the first phase of a multi-year initiative along the iconic Sheepscot River to improve habitat for endangered Atlantic salmon, shad, alewives and several other sea-run fish species. The initiative is a collaboration between Atlantic Salmon Federation, The Nature Conservancy, Midcoast Conservancy, National Oceanic and Atmospheric Administration, U.S. Fish and Wildlife Service, the Maine Department of Marine Resources, and the National Fish and Wildlife Foundation. The next phase commences this summer at the Head Tide Dam in Alna. The broader effort includes new fish passage at the Branch Pond Mill Dam in China, the upgrade of several stream crossings, assessing fish passage at Clary Lake outlet dams in Whitefield, and the restoration of in-stream habitat in the West Branch.

If you are interested in learning more about the restoration projects on the Sheepscot, contact Maranda Nemeth at Maranda@midcoastconservancy.org or 207-389-5177.

Become a member of the Atlantic Salmon Federation and join the international movement for wild rivers and wild salmon. Members lend their support to the international salmon conservation movement and receive a subscription to an award winning magazine.