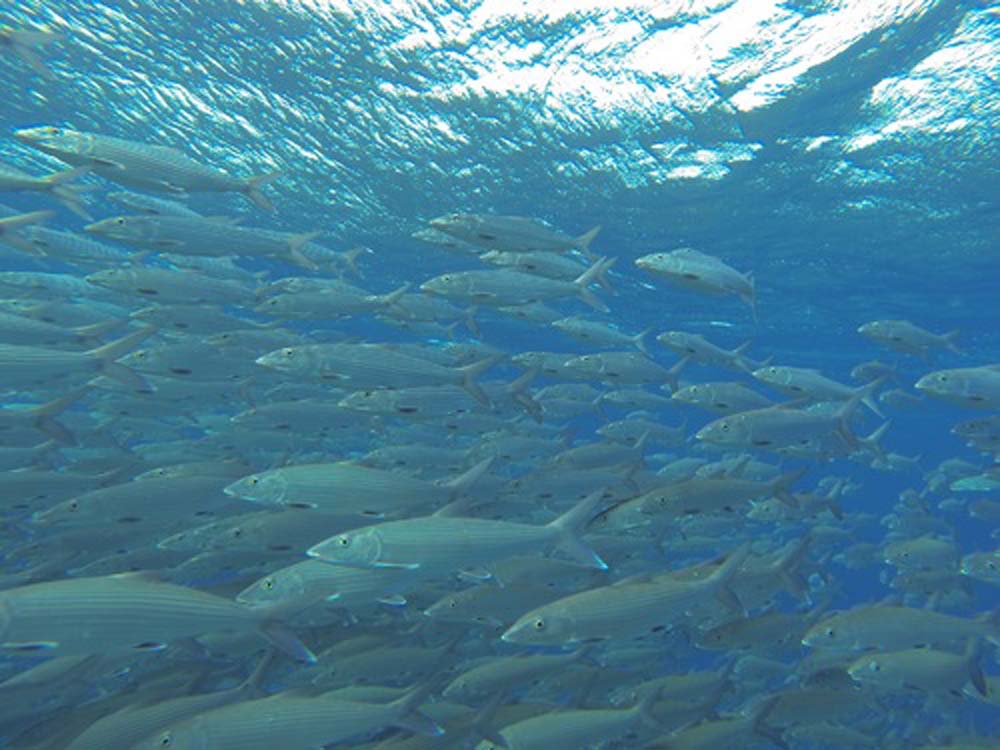 Bonefish: The little game fish that could. Catch one or catch a hundred, same high

My friend from Belize stopped by last week, and we ended up talking about tying bonefish flies and places we once fished together, and that he still does. Melvin, an accomplished tyer, is a champion of Pat Dorsey’s Kwan Fly. But he says he never fishes anything else when he’s in Belizian permit or bigger bonefish turf.

But when I asked about the backwater schoolie bones behind El Pescador Lodge  on Ambergis Caye, he said he never fishes there anymore because wading is annoying. Adding, ‘Too many water bone aquatic no-see-um that sting and itch non-stop, and it’s usually windless and too hot. But if you can take the discomfort, you’ll hook up with bunches of small bones, which on a 5-weight is fun and no risk to exhausting the animals.’

We agreed that it was Florida’s Patrick Dorsey who created the Kwan Fly. Like many great flies, the Kwan started to be one thing, maybe a baitfish, crustacean – it doesn’t matter what was intended. All the so-called iconic flies seem to end up with an appendage, tail, eyes, or antennae that somehow betray the initial intent.

Probably the best example of an abortion turning out a home run would be Russell Blessing’s attempt to tie a Dobson Larvae Fly that he later added a marabou tail. He said, ‘It was a very bad Dobson, and I ended up with what my daughter called and spelled as the ‘Woolly Bugger.’ It looked like nothing, but trout cannot resist it, and today almost nothing can resist. 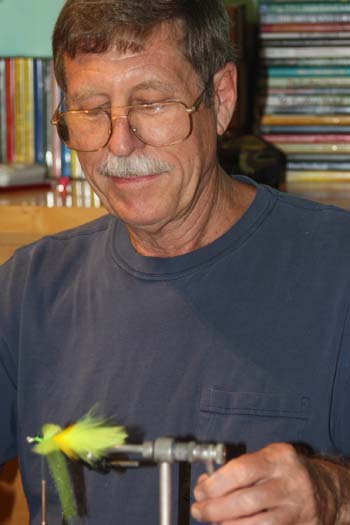 The maestro himself, Chris Dean, whipping up a Chartreuse  and yellow Tarpon Toad on a 2/0.

The profiles of the Kwan look like Chris Dean’s Shrimp and Permit Fly, Del Brown’s Merkin, and Tim Borski’s Shrimp, but like Chris Dean’s fly, the yarn strips on the Kwan criss-cross thread wraps on the hook shank. It looks easy to do, and it is once you get a rhythm.

Kwan Flies can ride upright with a mono loop tied above the tail, preventing hanging up. A double mono weed guard tied ahead of the eyes would provide additional protection against snags.

Equipped with lead eyes, a Kwan Fly will sink quickly and have a lot of vertical action. It is a good combination of hard sand or smooth-bottomed flats and will leave a trail of sand puffs that attract the attention of predators. Kwan flies tied with bead chain eyes are lighter and can be fished over more perilous bottoms or grass flats. Kwan flies can be tied in a variety of color combinations, but the most popular incorporate tans, browns, and chartreuse. Don’t be fooled by its whacky appearance – the Kwan Fly looks great in the water and is a good pattern to cast when redfish are targeting crabs on the flats. — Casey Smartt