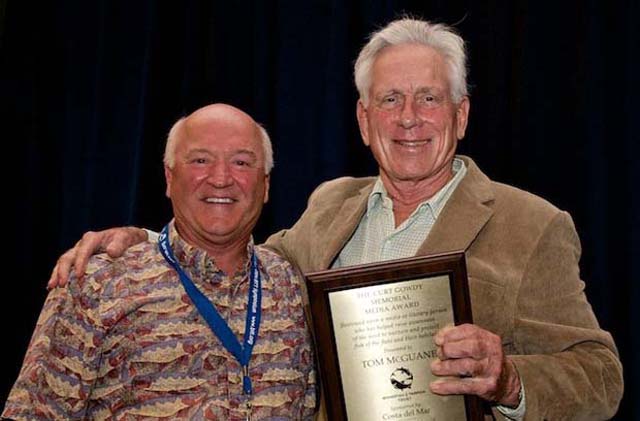 Master of Form: Writer Thomas McGuane on the West, his new book, and Jim Harrison [dropcap]S[/dropcap]ince publishing his first novel, in 1968, Thomas McGuane has become one of the most revered writers in American literature, penning such classics as The Bushwhacked Piano and Nobody’s Angel—books often populated by the roughneck drifters, ranchers, and river guides of Big Sky Country.

This month, McGuane, now 78, releases his 17th book, Cloudbursts: Collected and New Stories. We caught up with the author this January, while he was in Florida to escape the cold. He’d spent the morning doing rehab exercises with his English pointer, who was recovering from a hip flexor tear, and preparing for a quail hunt that weekend. . . .

You, Jim Harrison, and Guy de la Valdène had some wild times in the Keys back then

We did, but I was also writing a lot. I had a fault-finding father, and I was driven from dawn to dark by my fear of failure. I still have it, I think. I’m just hoping to get out from under it before my sell-by date.

Do you ever feel like you should have gone fishing and hunting more and written less?

I feel that all the time. I’ll never forget this one beautiful July day when I was hunched over in my office, trying to blacken a page, and my buddy Russ came by. “I just can’t believe how great the fishing is down at Nelson’s,” he said. “Let’s go down there.” And I said, “No, man. I’m trying to write.” So he started to leave, but after a moment he turned around and looked me square in the eyes and said, “I couldn’t live like that.” I’ve never forgotten it.