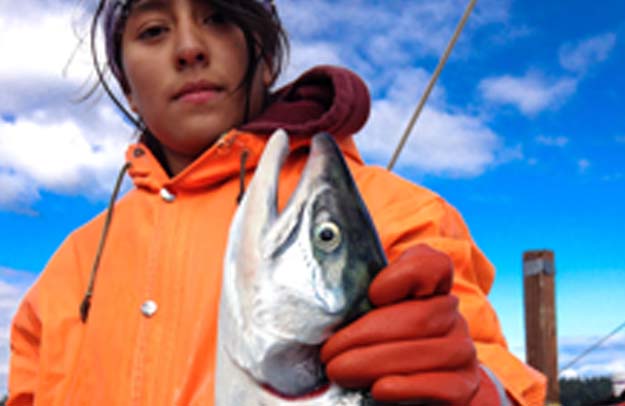 Why salmon are more than lox, bagel and a schmear [dropcap]A[/dropcap]comopolitan New Yorker is transported to cosmopolitan Seattle, Washington and both coordinates surface in Upstream: Searching for Wild Salmon, from River to Table.

For many readers, the almost peculiar work of Langdon Cook is known or at least familiar. His craft is the written word and his overridding interests are pointed out of doors; how to survive in it, embrace its free gourmet offerings, and how “it” is surviving us – which is not very well at all.

If you read Gray’s Sporting Journal or Outside, a foodie publication like Bon Appétit or book reviews from significant reportage of same, you may know his other work and have learned to like his style and off-road view of the world. The Mushroom Hunters: On the Trail of an Underground America, and Fat of the Land: Adventures of a 21st Century Forager.

He doesn’t write about fly fishing for anything, but about a species of significant interest to our world of fly fishing, the Pacific salmons. The book Upstream is about those remarkable animals and Cook’s field of vison, which is uniquely his, will keep you glued. A book review excerpt from Goodreads:

Salmon are more than food. They are game fish, wildlife spectacle, sacred totem, and inspiration–and their fate is largely in our hands. Cook introduces us to tribal fishermen handing down an age-old tradition, sport anglers seeking adventure and a renewed connection to the wild, and scientists and activists working tirelessly to restore salmon runs. In sharing their stories, Cook covers all sides of the debate: the legacy of overfishing and industrial development; the conflicts between fishermen, environmentalists, and Native Americans; the modern proliferation of fish hatcheries and farms; and the longstanding battle lines of science versus politics, wilderness versus civilization.

This firsthand account . . . is filled with the keen insights and observations of the best narrative writing. Cook offers an absorbing portrait of a remarkable fish and the many obstacles it faces, while taking readers on a fast-paced fishing trip through salmon country. Upstream is an essential look at the intersection of man, food, and nature.