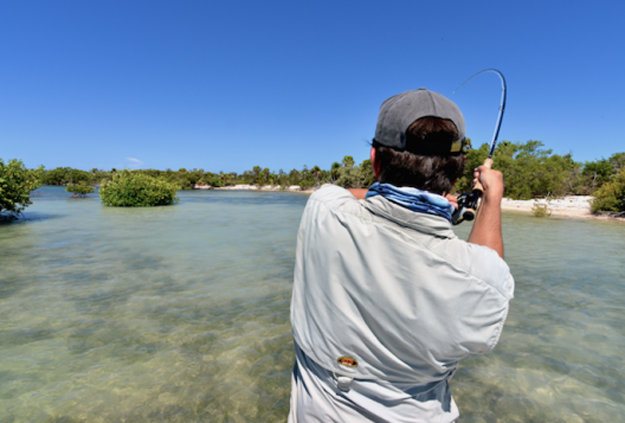 From those fly anglers who benefited from the highly regarded Cuba policy – now being dismantled, you can hear the whoosh of glad to have been there, done that. Others, who are scheduled to cast a line on the near virgin waters are getting mixed signals emanating from the Mixed Signals-in-charge-Corps. But the signal flags will surely change many times before the dust settles –  which is an estimated four months. That timeframe assumes the current administration can undo the rules and regs as fast as it took the previous administration took untangle over fifty years of bureaucratic stagnation.

The beware part is how Cuba will react and of course, where will the quixotic President Trump finally land?

Probably, the best bet is to stick with your travel companies advisories. They have a vested interest in your safety, their creds with Cuba, abiding by the law, and protecting the financial interests of all parties.

The newest post by a travel agency with a vested interest in Cuba fly fishing: [dropcap]O[/dropcap]n June 16, 2017, President Trump announced that the U.S. would be reinstating travel and commercial restrictions for Cuba that had previously been eased by the Obama administration. While the stated goal of President Trump’s new restrictions may be to obtain additional concessions from the Cuban government, these “new” policies appear to leave in place many of the key Obama-era measures that initially eased sanctions. The main focus of the revised policy seems to focus on prohibiting American companies and citizens from doing business with any firm controlled by the Cuban military (or its intelligence or security services), walling off crucial parts of the economy including much of the traditional hotel and tourist service-related sectors.

Over the past week, we’ve received hundreds of calls and emails here at Yellow Dog asking about the future of fishing in Cuba and what these new restrictions mean for those that want to travel to Cuba to fish. One of the most important things to mention is that this new policy has not yet been implemented. Sources suggest that revisions are expected within 90 days, but until then, it is business as usual for Cuba-related travel. If you have an upcoming trip or a trip that is already on the books, your trip will not be affected in any way. Likewise, trips booked before the implementation of any new OFAC regulations will also be unaffected.

Since we began selling trips to Cuba several years ago, Yellow Dog has always provided legal . . .

NOTE Featured Image is angler with tarpon on in Cuban mangroves. Photo by Rick Bannerot