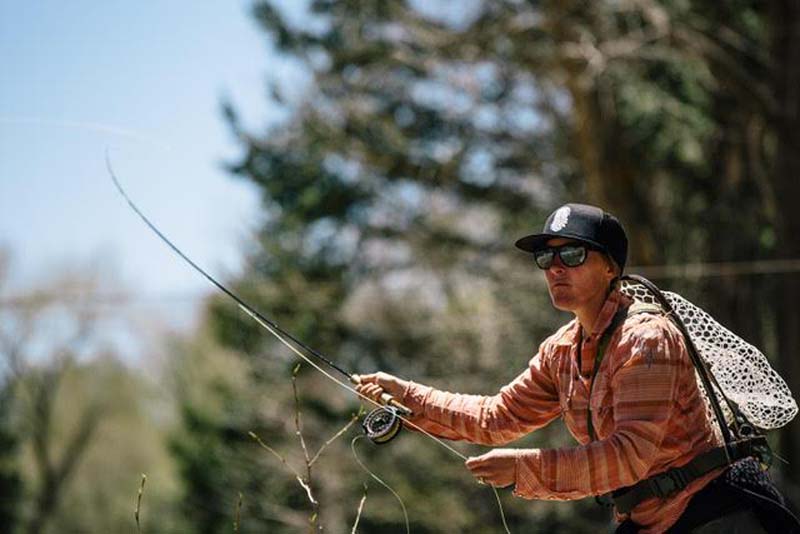 Having a passion for anything related to fly fishing and conservation of the great outdoors, co-authoring a fly fishing book with my stepson, and publishing this magazine for over a decade has made grandchildren sourced from two marriages, remaining college classmates I have bored for as long as six decades about my one remaining fervency all combine to generate these kinds of responses: online text links, packages arriving at my door containing old reels, books, lures, flies, and odd and ends fly fishing.

One such package arrived last Saturday. A book I was gifted on a birthday more than 60 years ago

The book, entitled: Worming and Spinning for Trout (1959) by Jerry Woods is a slim tome that has wisdom of the ages about how to go about fishing for trout. In less than its 156 pages [hard cover] with only a glancing reference to fly fishing he describes perfectly the technique of nymphing – it didn’t make fly fishing headlines until 1989 in Kuusamo, Finland at the World Fly Fishing Championship when Wladyslaw Trzebunia, then a member of the Polish national Fly Fishing Team knocked the fly-fishing world on its butt. By pulling his baited hook downstream faster than the current, he caught more trout [60] than all of the next three teams combined!

Here’s the takeaway from Jerry Woods and Wladyslaw Trzebunia: The fish were attracted to the motion

Remember: no internet, no videos and only few fly shops selling bamboo rods to the upper classes. I was so thrilled to reread what I’d read so long ago, but Woods’ attitude reflected the thinking of the outdoorsmen of the day.

Success was measured by the weight of your creel and limits taken at the end of day. On hard fished streams, success was gained through stealth, accurate presentations and keen observation. Success today depends on the same skills even though the days of heavy creels and limits taken are long gone. — Mike Cline 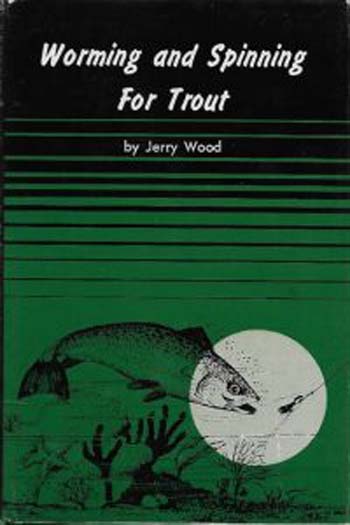 ‘How to Spot Trout Hides‘: I do remember this chapter and it is flawlessly productive, still

“When you encounter many fishermen, or know that others are ahead, watch the stream constantly with the thought uppermost in your mind of spotting the places other anglers are not likely to fish. … Look particularly for possible hides along the far bank. … There is something in human nature that makes people look for the best they can get. That applies to anglers too. Most trout men will concentrate on the best looking portion of a pool, then move on to the next pool. On a heavily fished stream, these are poor tactics. Instead look for the second-best, third-best portion of the pool and concentrate on those spots.

Always look for any obstruction that permits water to run beneath it. Don’t worry about the depth so long as the water will cover a trout’s back. Close observation and concentration is required to spot such places, the kind of places you formally may have passed up. But trout may be found in any pocket of that kind. Hard-to-fish spots of that type are the places on which to concentrate on a heavily fished stream.”

Throughout the work there is a lot of advice on stealthy, cautious approaches to trout lies. The worming technique was a short line technique where the angler was rarely more than a rod’s length from a favorable lie. Early in my fly angling days, I was overly conscience of the basics of stealthy approaches to promising trout lies and am always conscious where my shadow falls and where I need to back away from the river’s edge to avoid disturbing fish that might be close. The stealthy part of trout angling is lost on a lot of anglers. Even when there are no anglers around, tell-tale angler’s trails snug up against the river bank on soggy meadow reaches reveal most angler’s disregard the stealth required to entice brown trout to the hook in hard pressed waters. Many of my favorite reaches in the meadows of the Firehole, Madison and Gibbon rivers in YNP have these trails flush again the river bank. On rivers with deep undercuts, I’ll generally fish from about 10’ away from the river’s edge and allow my streamer to sweep back along the undercut I am backed away from. When encountering anglers on the same types of streams I watch as they pound up and down the banks, inches from the water. It is never surprising when they lament the fishing hasn’t been good for them.

None of the advice in Worming and Spinning for Trout is revolutionary and as angling literature boomed in the 1970s into the 21st century, that advice has endured and been published many times. Success on hard fished streams (any stream for that matter), is gained through stealthily approaches, accurate presentations to promising lies and keen observation. You don’t have to read a 60 year old book to be a successful trout angler, but you do have to abide by the enduring lessons captured in its pages. For me, Worming and Spinning for Trout, that obscure little angling volume my mother bought me at the young age of 14 sixty years ago has always had a profound influence on my angling education.