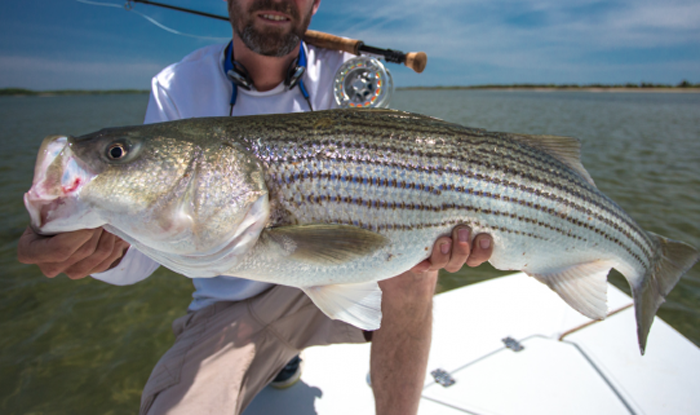 The persistent tall tale in the fly fishing industry, mostly trout fisher oriented, is that long cast capability isn’t worth much

[dropcap]I[/dropcap]t turned nice for a few days here in North Georgia, and Angie invited me to a lady’s only outdoor fly casting seminar. Angie’s chosen topic to speak on was the nonsense behind reel/rod balancing – something that captures the true meaning of BS. But we can save laughter for another time.

I was not encouraged to speak out at the seminar. The hostess made it politely clear to Angie that I was to stay button-mouthed. Angie delivered the message in her inimitable, prosecutorially trained lawyer way. It went something like shutting the f*^k up during all Q & A periods. The hostess was not a fly fishing talent, but a friend of Angie’s so I was prepared to stay cuffed.

The event was excellent, and some speakers, especially Angie, lit a few fires and got a lot of interaction. One presentation’s anchor position, the one so oversold by fly shops and the fly fishing industry and not even close to valuable, was that people who cast long distances are “usually” not the best fly fishers. That casting long has little to do with catching fish.

Here’s a video I found that explores casting long and agrees with my premise, and Angie’s, that the ability to cast a fly long-distance is beneficial no matter how you parse a disagreement.

Please watch it and weep shorties