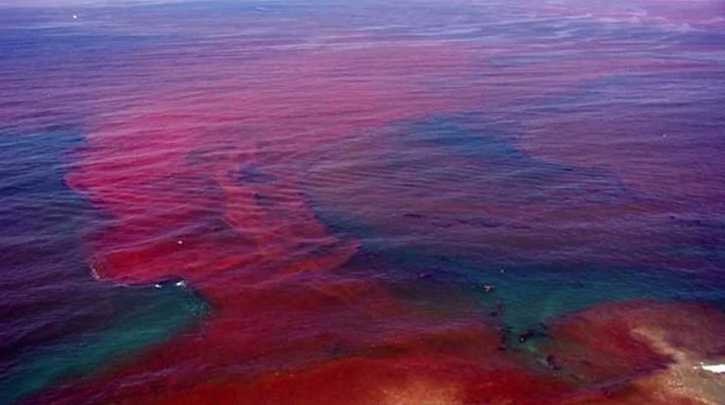 [dropcap]M[/dropcap]att Caldwell’s role in Florida’s toxic bloom crises may not be as well known as Rick Scott’s, but his actions are no less responsible. His polluter-friendly record is behind the stench along beaches in his Lee County district. And like Scott, Caldwell wants a promotion.

Scott’s and Caldwell’s records might provide the clearest explanation Bullsugar can offer for endorsing Rep. Brian Mast this week. Simply put, while Mast pushed for solutions to defend Floridians from policies that benefit the sugarcane industry at the expense of residents’ lives and livelihoods, Caldwell and Scott pushed to undermine them.

People on the east coast have a voice in congress, with Mast asking hard questions of the Army Corps and the SFWMD, demanding that government start prioritizing human health and safety in water policies. Today’s backwards priorities can be traced directly to the sugarcane industry’s political contributions, which Mast refuses to take.

People on the west coast don’t have that kind of voice. Caldwell’s constituents are paying a horrific price for the algae-fueling stew churning out of the Caloosahatchee: FWC reported yesterday that the toxic blooms have only gotten worse this week. Residents there are literally choking.

Could Mast’s Gulf coast counterpart in congress, Francis Rooney, become the voice those residents lack today? As one of the few Florida congressmen to vote for reforming the government handouts Big Sugar uses to bankroll candidates like Scott and Caldwell, Rooney showed he can stand up to the industry. Is he willing to match Mast’s leadership on water issues?

The answer matters because–as the thousands of tons of dead fish piling up in Caldwell’s and Rooney’s district shows–corruption has consequences. It destroys the resources we value most and corrodes the establishments we turn to for help.

Even scientists aren’t above corruption. When politicians and their benefactors control public funding, institutions like Mote Marine face a stark choice: back the administration or starve. Mote’s choice paid off this week: $2.2 million in state funding from Rick Scott to trial sugar-friendly red tide remedies, even as researchers around Florida have seen budgets slashed from Tallahassee.

Compared to the fortunes spent by the sugarcane industry to keep Florida’s water policy the way it is, that’s not a lot of money, but everyone has his price. Mote Marine CEO Michael Crosby’s price was $2 million for putting his institution’s name to this statement: “Last time I checked, Rick Scott wasn’t governor in the 1500s when the Spanish documented massive red tide events and fish kills along this coast.”

Mote’s price included lending its name to Sarasota’s red tide warnings, too, beneath the only bolded words on the signs: “Red tide is caused by naturally occurring algae.” It is, and no one disputes that. But you might question why it’s more prominent than the health risks of breathing the air or touching the water.

Why is “naturally occurring” the most prominent message on this sign? Bull Sugar image.

You might also question whether there’s anything natural about what’s occurring on both Florida coasts, where even Crosby acknowledged, however vaguely, that “human activity” may be worsening the effects of red tide. (Meaning the clearly unnatural policy of feeding toxic blooms by blasting plumes of algae-fueling nutrients from Lake Okeechobee into the estuaries.)

Mote’s windfall won’t be spent on finding or addressing the causes of toxic blooms, so its research won’t be uncomfortable for Caldwell or Scott or water management agencies or certainly US Sugar and Florida Crystals–the big beneficiaries of South Florida’s water policy and big donors to the Caldwell and Scott campaigns. Instead Mote will focus on cleaning up the blooms after they appear. This isn’t a bad idea, of course, especially if Florida elects lawmakers like who preserve the status quo and don’t move to cut off the algae’s food supply from the Okeechobee discharges. Mote might have plenty of toxic blooms to experiment on then.

But it’s naive to expect Crosby or Mote to turn down this money, no matter what strings are attached. Scientific institutions compete for limited public funding, and Crosby’s job is to win dollars from whoever signs the checks. He did. You can argue that the deal tarnishes Mote’s reputation, and you might be right, but integrity doesn’t keep the lights on.

The solution is easy, though. Voters have the power to nullify countless millions spent to buy proxies like Scott and Caldwell by replacing them with leaders. And while it may take years for corrupted institutions to regain public trust, reversing the policies that led us to this summer of death can be done almost immediately by lawmakers willing to fight for their communities. If you vote water, it can all change on a Tuesday.

P.S. If you can, please become a Bullsugar member today to help us find and support political candidates from both parties willing to stand up for clean water.