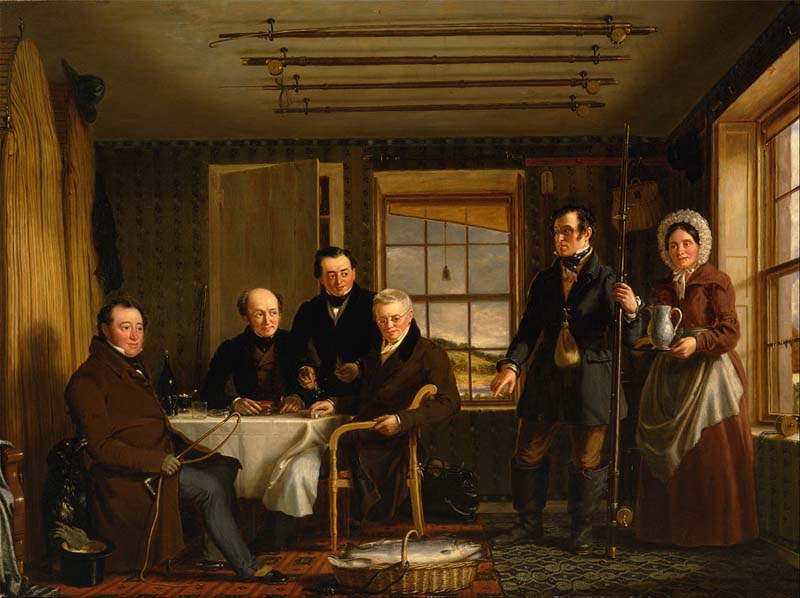 Painting by William Shiels (1785 – 1857) titled Discussing a Catch of Salmon in a Scottish Fishing-Lodge [1840]. The Center for British Art Yale University – a commons image.

As an older than dirt fly fisher, it’s hard to tell someone, even show someone, how to double haul and expect them to pick up on it quickly. Why? Because he or she cannot see what’s going on behind them while attempting the haul while facing forward – in the natural position. And the double haul is counter-intuitive and takes a lot of practice to master.

My friend Mark Pritzer, an insanely talented fly caster, says, “Learning the double haul is like learning to ride a unicycle. It’s that tough to be proficient, and if you can practice on the water, you’ll learn quicker.” Adding, “Seeing half the haul means the student is not going to get the feeling or drink in the concept of the double haul with only half the answer.”

I had forgotten the lesson which Orvis’ Phil Monahan has Pete Kutzer, Orvis Fly Fishing Schools, demonstrate in the following by hopping up on a bench to better “watch” his double haul unfold than standing on the ground.

Thank’s to my Canadian Facebook friend Mark Pitzer for linking the following Orvis Classic Pro Tips on teaching yourself the double haul.