Climate change is rewriting everything we know about water and weather

Climate Change Rises as a Public Priority. But It’s More Partisan Than Ever

[dropcap]P[/dropcap]rotecting the environment and tackling climate change have climbed up the list of Americans’ political priorities this year as economic concerns have faded, according to a new report from Pew Research Center. 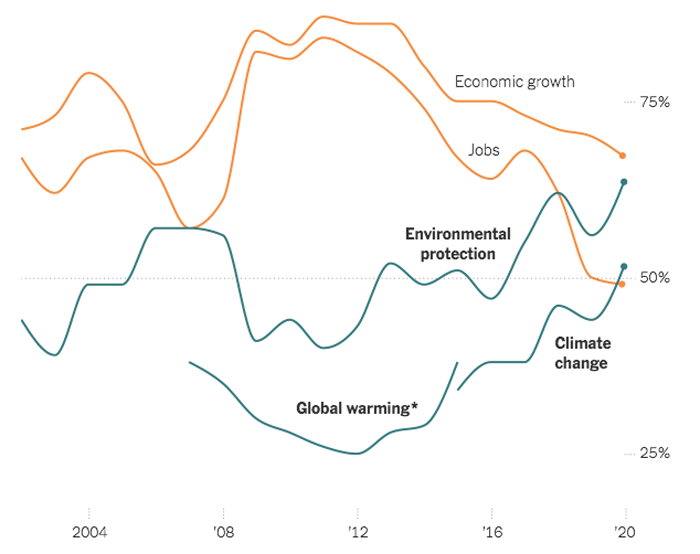 For the first time in the survey’s two-decade history, a majority of Americans said dealing with climate change should be a top priority for the president and Congress. That’s a 14 percentage point rise from four years ago.

Nearly two-thirds of Americans ranked protecting the environment as a leading policy priority, which is almost as many as said economic growth should remain a primary focus.

But the surge in climate and environmental concern masks a deep partisan divide: 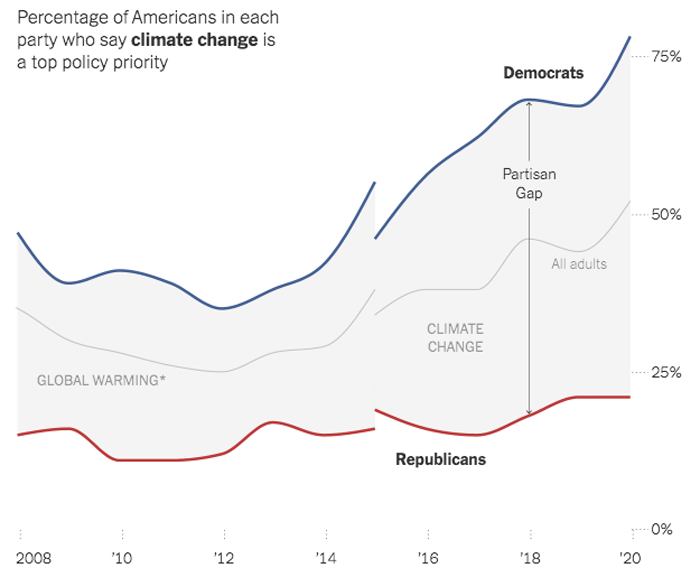 *[Both charts] The survey methodology changed in 2015 from asking about “global warming” to asking about “climate change. Independents who say they lean toward a given party are categorized under that party. *Source: Pew Research Center