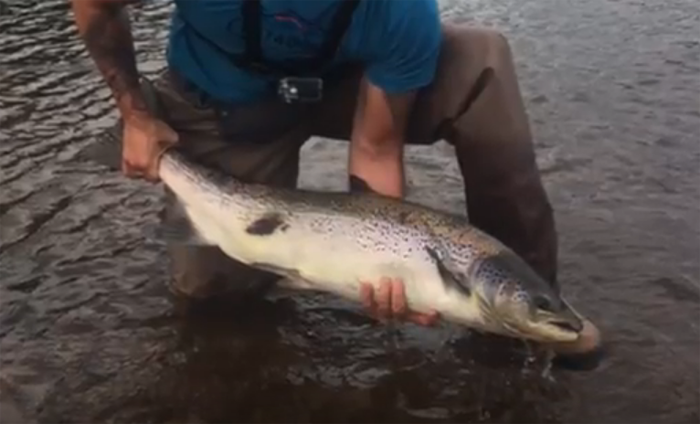 [dropcap]T[/dropcap]he St. Mary’s and West rivers in Nova Scotia are threatened by short-life gold mines that would reach within a kilometre of their shores. These rivers are an oasis for people and give sanctuary to wildlife, including endangered Atlantic salmon.

Over decades, volunteers have spent thousands of hours, raising millions of dollars to improve habitat and clean up water in these rivers that was severely polluted by acid rain. Today they are home to some of the last remaining sizeable populations of wild Atlantic salmon on Nova Scotia’s Eastern Shore.

All this hard work could be lost. Check out our video about the St. Mary’s and use our email tool below to add your voice to the community of Nova Scotians who are standing up for wild salmon and wild rivers.

Below – Make your voice heard by sending this letter to your Member of the Legislative Assembly in Nova Scotia, and to Premier McNeil.

The St. Mary’s and West rivers are home to two of the last self-sustaining Atlantic salmon populations of the Eastern Shore. These rivers are both home to world class restoration projects involving hundreds of volunteers and millions of dollars.