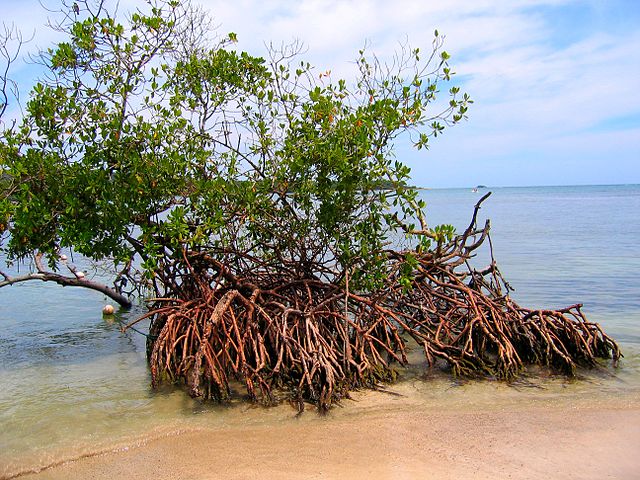 Conservation: 6 things you need to know about mangroves

“[dropcap]I[/dropcap] love mangroves.” That’s a phrase you’ve probably never heard anyone say. Mangroves don’t inspire awe and wonder the way coral reefs, rainforests or wide-open grasslands do. In many parts of the world, they’ve long been frowned upon as dirty, mosquito-infested tangles of roots that stand in the way of an ocean view.

Even environmentalists tend to think of mangroves’ ecological role mostly in terms of protection from storms and nurseries for fish. As climate change threatens to increase the frequency and severity of storms, mangroves provide a stout defense against storm surge. Mangrove roots also provide habitats for fish and shellfish, crucial to sustainable livelihoods for coastal communities.

But that’s just the beginning — mangroves do so much more. In fact, there’s a case to be made that mangroves are the most useful ecosystem on Earth. Here are six reasons why.

2. Mangroves may help fight coral bleaching. One of the most pernicious effects of climate change is coral bleaching. The bleaching of Australia’s Great Barrier Reef has been making headlines this summer, but in fact this trend is occurring in all the world’s oceans, and scientists project that it will likely worsen as oceans absorb more carbon. As coral reefs are the foundation of marine life, the prospect of their death is a disaster for our oceans.While people usually classify reefs and coastal forests as distinct ecosystems, nature doesn’t recognize this boundary. In fact, young corals grow among mangrove roots, and healthy mangrove forests could provide shelter for coral species at risk of extinction from coral bleaching. Furthermore, mangroves may even play a role in reducing ocean acidification, which in turn helps prevent coral bleaching.