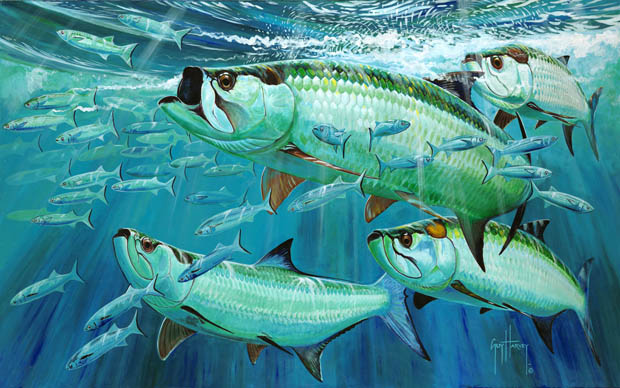 [dropcap]T[/dropcap]he Florida Fish and Wildlife Conservation Commission is considering new regulations for tarpon and bonefish that will improve bonefish and tarpon conservation. We like the new draft rules, and would like your feedback. If you also like the new draft rules, contact the FWC Commissioners to express your support for the proposed new regulations. Proposed regulation change workshops are scheduled for early April, please view the list of dates and times, in addition to the scheduled meetings for public input FWC has also scheduled a webinar and conference call for those unable to attend a meeting. 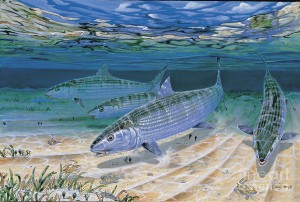 At present, bonefish are catch and release only except for an exemption for tournaments that allows for retention of bonefish in a live-well for transport to a weigh-in station. The new draft regulations would remove that exemption, meaning that all bonefish would have to be released at the site of capture (temporarily possessing a fish for weighing, photography, scientific sampling would be OK).

At present, up to two tarpon can be harvested per day if an angler possesses a Tarpon Tag (cost = $50). The new draft regulations would make tarpon entirely catch and release, with the exception of harvesting a fish for an IGFA World Record. Tarpon could be temporarily possessed for photographs, measuring, scientific sampling, and must be released at the site of capture. In the future, the cost of the harvest tag might be increased to help pay for tarpon research and to deter illicit use of the tag.

Tarpon and Bonefish – The proposed draft rule amendments would make tarpon and bonefish catch-and-release-only species in recognition of the fact that their economic and fishing value as fishes caught and released greatly exceeds their value as food fish. In order to accomplish this, the allowance for a tarpon bag limit would be eliminated and replaced with an allowance for possession of a single tarpon in conjunction with a tarpon tag for the purpose of pursuing an International Game Fish Association (IGFA) record. The existing bonefish tournament exemption that allows registered tournament anglers to possess a bonefish for the purposes of transporting it to the tournament scale would also be eliminated. 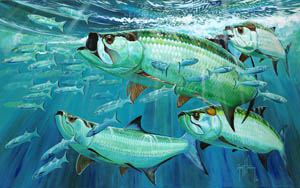 1. 68B-32.001 Purpose and Intent (NEW) – The proposed draft rule amendment would create a new subsection in order to convey the intent to manage tarpon as a catch-and-release-only fishery with allowable harvest and possession limited to possession in pursuit of an IGFA record.

2. 68B-32.003 Tarpon Tags: Required for Possession; Report; Annual Issuance; Taxidermy; Limitation on Number of Tags Issued Annually; Limitation on Number of Tags Issued to Professional Fishing Guides – The proposed draft rule amendment would limit the use of tarpon tags to tarpon harvested or possessed in pursuit of an IGFA record. The draft rule amendment would also address possible changes to the tarpon tag program, such as changes to the reporting requirements.

3. 68B-32.004 Bag Limit and Gear Restriction – The proposed draft rule amendment would eliminate the two tarpon bag limit and require that all tarpon be released immediately free, alive and unharmed. Allowable possession of a tarpon within or without Florida waters, or elsewhere in the state, would be limited to anglers with the properly affixed tarpon tag who possess a tarpon in pursuit of an IGFA record. Harvest or possession of tarpon in pursuit of an IGFA record would be limited to one tarpon per angler per day. The draft rule amendment would also create a vessel limit of one tarpon per vessel and limit the allowable gears when targeting tarpon to hook and line only. In addition, the proposed draft rule amendment would state the intent to allow for temporary possession of tarpon for purposes of photography or scientific sampling.

4. 68B-32.006 Sale Prohibited, Transport Regulated – The draft rule amendment would reduce the number of tarpon a person is allowed to transport or ship from two tarpon to one.

5. 68B-32 -The draft rule amendment would reorganize and reformat the tarpon rule chapter to conform to the style developed for Division 68B, FAC, during the marine fisheries rule cleanup process.

1. 68B-34.001 Purpose and Intent (NEW) – The draft rule amendment would create a new intent subsection in order to convey that bonefish will be managed as a catch-and-release-only fishery.

2. 68B-34.002 Definitions – The definition of “Organized Tournament” would be removed from the bonefish rules.

3. 68B-34.004 Temporary Possession of Bonefish – The reference to the exception to the possession restrictions for bonefish for tournament purposes would be removed.

4. 68B-34.005 Bonefish Tournaments, Exceptions – This rule would be removed in order to eliminate the tournament exception to the catch-and-release-only bonefish regulations.

5. 68B-34 – The draft rule amendment would reorganize and reformat the bonefish rule chapter to conform to the style developed for Division 68B, F.A.C., during the marine fisheries rule cleanup process.

Let the FWC Commissioners know you support the proposed new regulations, please send them an email today. If you have any questions about the draft regulations or would like to provide comments to Bonefish & Tarpon Trust, please email us at info@bonefishtarpontrust.org.