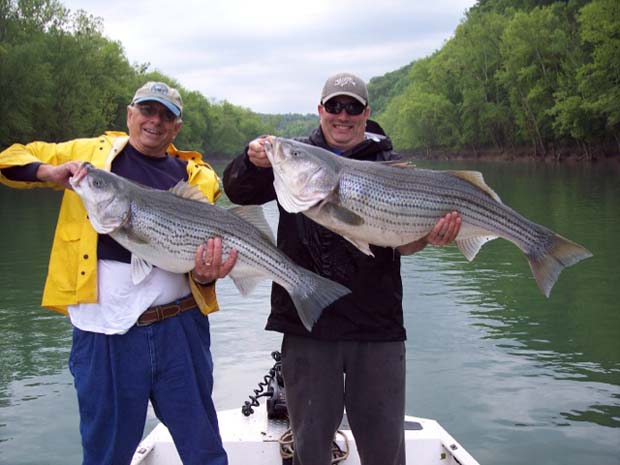 Believe it or not, legislators act to maintain fishing & boating access on Cumberland River

Ed Whitfield (R-Ky.), chairman of the House Subcommittee on Energy and Power, announced Tuesday that he has formally introduced legislation to prevent the United States Army Corps of Engineers from installing permanent blockades along the Cumberland River in Kentucky and Tennessee. The measure, known as the Freedom to Fish Act, enables boating access to river tailwaters to continue for sportsmen and recreational fishermen.

The Cumberland River holds giant stripers, catfish and trouts. Ten dams planned by the COE would jeopardize it all.

U.S. Rep. Ed Whitfield said: “I am fed up with the corps’ lack of public consideration in their process to prohibit access to tailwaters near dams on the Cumberland River. I’m also frustrated that the corps, in numerous meetings at all levels, has placated the public rather than attempting to work with us to reach a compromise. This has left me with no other choice than to seek a legislative solution to the corps’ overreach.”

Last week, Tennessee Sen. Lamar Alexander also said he is planning to take another legislative course of action to halt the corps’ plan. Alexander said his legislation would require the corps to conduct an environmental impact review before it could restrict public access to the fishing waters below 10 dams on the Cumberland River.

Alexander is ranking member of the Senate Appropriations Committee’s Energy and Water Subcommittee, which has jurisdiction over the Army Corps of Engineers.

Since learning of the Corps of Engineers Nashville District’s decision to fully enforce restricted boating access along the dams, Whitfield, Alexander and numerous other legislators have tried seeking alternative solutions to permanent blockades. To date, the corps has refused to budge or compromise.

NOTE: The Cumberland River is a waterway in the southern United States. It’s 688 miles long, begins in Kentucky and traverses through Tennessee. It’s tributaries are three separate forks. The largest water falls in the in the eastern United States is Cumberland Falls (68-feet high).  Beyond Cumberland Falls, the river continues to grow as it converges with other creeks and streams. Finally, the river flows north and merges with the Ohio River northeast of Paducah, Kentucky.