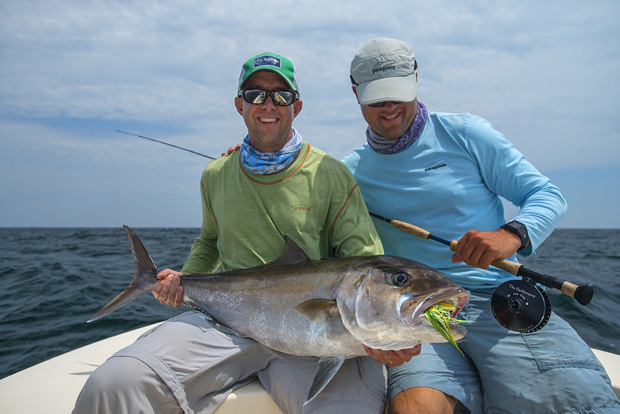 Conservation: Finally, some good news about the state of our fisheries resources

[dropcap]T[/dropcap]he number of domestic fish stocks listed as overfished or subject to overfishing remain near all-time lows, according to the 2015 Status of U.S. Fisheries report to Congress.

The 2015 report highlights the United States’ continued progress towards managing fish stocks sustainably. This is a result of the combined efforts of NOAA Fisheries, commercial and recreational fishermen, the regional fishery management councils, states, and other partners.

“It’s fitting that this report aligns with the 40th anniversary of the Magnuson-Stevens Act,” said Eileen Sobeck, assistant NOAA administrator for fisheries. “Magnuson-Stevens provided the dynamic, science-based management process that is proving successful year after year at keeping U.S. fisheries among the world’s most sustainable and resilient. This year’s report highlights the act’s continued success.” Greater Amberjack – Seriola dumerili –
This large fish is slender and agile, and can grow to be more than 6 feet long. Its is mostly a silvery white color, with a darker gray or bluish coloring from above. This is a popular recreational fish but because it is in the of the apex of the marine food chain, the larger ones carry considerable risk of ciguatera poisoning. NOAA image.

In addition, two stocks are no longer listed as overfished—blueline tilefish in the South Atlantic and canary rockfish along the Pacific Coast.

The report also found that two fish stocks—canary rockfish and petrale sole, both on the Pacific Coast—were rebuilt to target levels in 2015. That brings the total number of rebuilt U.S. marine fish stocks to 39 since 2000.

“This rebuilding success demonstrates the importance of the scientific monitoring and responsive management approach Congress built in to the Magnuson-Stevens Act,” said Sobeck. “It also shows that managing fisheries to sustainable levels in an ever-changing environment is an ongoing process of science informing management.”

NOAA’s mission is to understand and predict changes in the Earth’s environment, from the depths of the ocean to the surface of the sun, and to conserve and manage our coastal and marine resources. Join us on Twitter, Facebook, Instagram and our other social media channels.