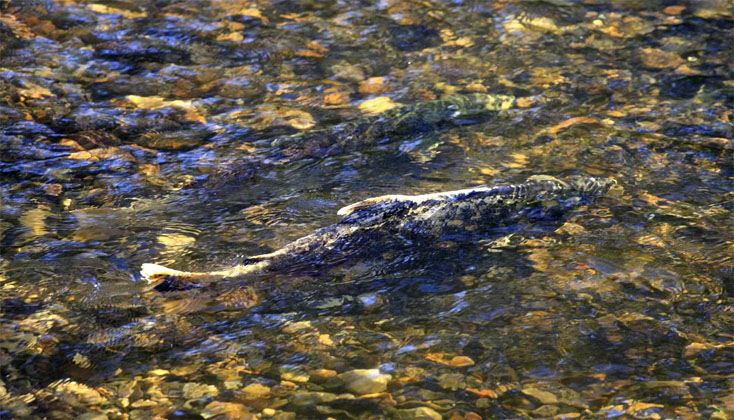 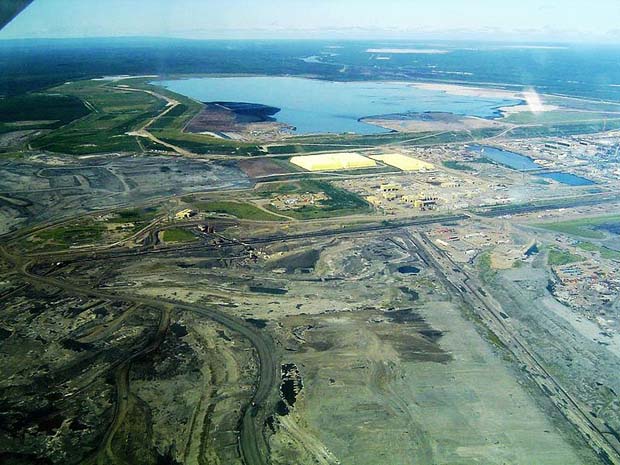 Syncrude’s base mine in the Athabasca oil sands region. (TastyCakes, Wikimedia Commons)

Mutant crabs and tumor-laden fish later turned up in the waters of the region.

ANALYSIS: Mutant Crabs Turning Up in the Gulf

Finding similar lesions on Canada’s fish, David Schindler of the University of Alberta has suggested that the chemical cocktail in crude oil may be responsible for the deformities, reported the Canadian Press. Schindler pointed to similar lesions on fish found in Prince William Sound after the Exxon Valdez spill as further evidence of oil’s effects on aquatic wildlife.

The lakes of Alberta, Canada contain a toxic legacy after a half century of Athabasca oil sands drilling, according to research published in the Proceedings of the National Academy of Sciences. Polycyclic aromatic hydrocarbons levels in six lakes in the region increased by up to 23 times their 1960 levels.

Schindler wrote a letter to Canadian Fisheries Minister Keith Ashfield and Environment Minister Peter Kent calling for Canada to take the lead in studying the effects of oil contamination on fish. Schindler also suggested the Canadian government renew funding for the Experimental Lakes, a set of 58 lakes used for studies of freshwater ecosystems since 1968.

The Canadian government announced the end of funding for the Experimental Lakes last year, supposedly to save $2 million. However, the Huffington Post reported that the facility only cost $600,000 per year and that a third of that was covered by users’ fees. Some activists believe that political motivations against climate change research were the real reason for the lakes’ closure.

Syncrude’s base mine is in the Athabasca oil sands region. (TastyCakes, Wikimedia Commons)