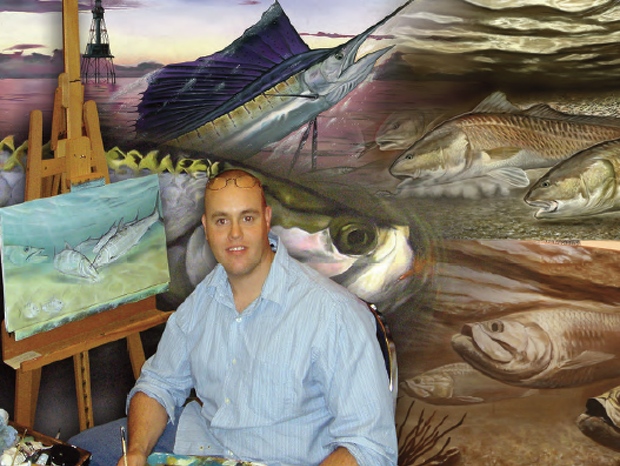 Fly fishers everywhere are attuned to their surroundings, and many feel that the places they fish are as special as the fish themselves. That is why fine marine art and photography has such appeal for us, and in this post, the editors at Fly life Magazine bring you Friday Fish Frame which will feature the work of noted marine artists and photographers, many of whom are anglers as well. This month we feature marine artist, underwater photographer and IGFA production Coordinator Adrian Gray. 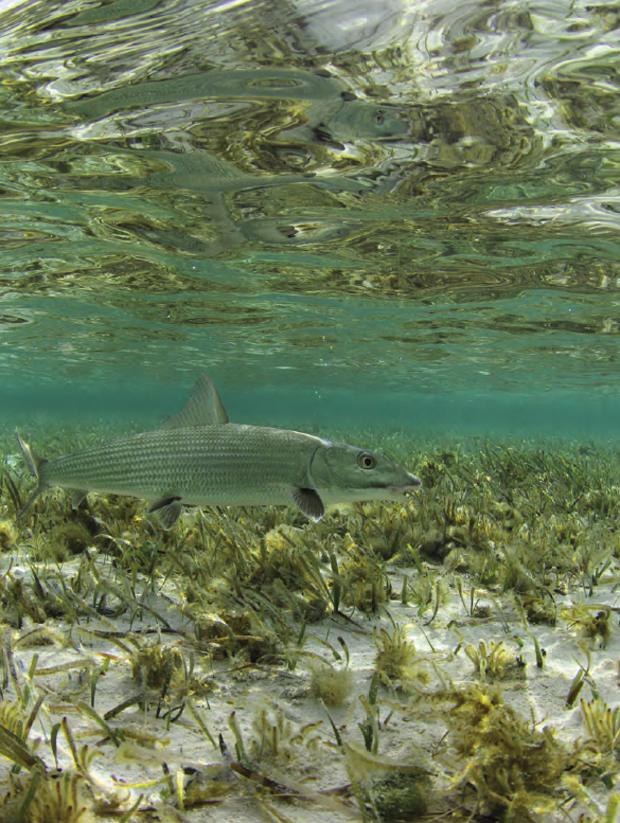 [dropcap]M[/dropcap]arine artist and underwater photographer Adrian E. Gray, and avid fisherman, was born and raised on the southeast coast of South Africa where he was first exposed to the marvels of marine life as a very small child. The vast ocean and its tidal pools were just a short walk from home where his parents, Edwin and Kate, raised gray and his sister.

“I used to plow through tidal pools for hours upon hours, plucking and feeling and looking at everything that inhabited those shallows”, said Gray. “That’s where the fascination began”, Gray explains. Ocean life became the subject matter of countless school assignments as well as drawings.

In the 1980s, Adrian went to school in New york and learned to fish Long Island Sound for striped bass and various local reservoirs for trout. He later settled in Miami, Florida. After graduating with a degree in marine biology from the University of Miami he held a few jobs related to his field.

Living in South Florida had a significant impact on Gray and fueled his passion for fishing even more. “Tarpon, snook, permit, bonefish, sailfish, dolphin – I couldn’t get enough of it”, said Gray.

As odd as it may seem, Gray never took any formal art training and is essentially self-taught. He started off by sketching fish for fun. A friend recognized talent in Gray and gave him paints and an easel to express his passion for fish –  the rest is history.