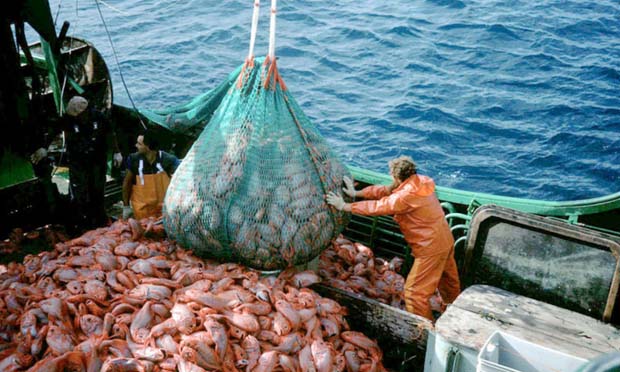 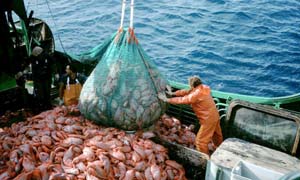 Caught in the act.

Interpol launched a global crackdown on illegal fish catches worth up to $23 billion a year that will also seek to prevent seafood fraud comparable to Europe’s scandal of horsemeat sold as beef.

[dropcap]I[/dropcap]nterpol launched a global crackdown on Tuesday on illegal fish catches worth up to $23 billion a year that will also seek to prevent seafood fraud comparable to Europe’s scandal of horsemeat sold as beef.

The 190-nation police agency, based in France, said it would promote more sharing of intelligence to end illegal fishing that is often carried out by trawlers far from their home ports, especially off developing nations.

“World fish stocks are being rapidly depleted, and valuable species are nearing extinction,” Interpol said in a statement on the new project known as Scale that will step up police cooperation from the South Pacific to the Arctic Ocean.

“The last decade has seen an escalation of trans-national and organized criminal networks engaged in fisheries crime,” it said.

“Illegal fishing is not just about catching the people out in the waters,” the head of Interpol’s Environmental Crime Programme, David Higgins, told Reuters, saying it covered everything from illegal financing to mislabeling.

He said consumers should be more demanding, partly because Europe’s meat scandal has exposed how easily horsemeat can be passed off as more expensive beef.

Fish fingers are breaded fish also known as fish sticks. What are they?

“Can the supermarket vouch for where the fish has come from?” he said by telephone. “I’d ask the question: ‘what’s in your fish fingers?’.”

A study last week by the marine conservation group Oceana said a third of more than 1,200 fish samples in almost 700 retail outlets in the United States were mislabeled.

Interpol will work on the new project, which has annual funding of 300,000 euros ($396,400), with the Pew Charitable Trusts and Norway’s government. Part of the plan will be to set up a new fisheries crime working group.

“One fifth of the fish that come out of the water are believed to be illegal, unreported or unregulated,” Anthony Long, head of the Pew Charitable Trust’s global campaign to end illegal fishing, told Reuters.

A study published in 2009 estimated illegal fishing was worth between $10 billion and $23.5 billion a year.

Long said the problem was getting worse because new technologies allowed fishing boats to stay at sea longer and trawl ever deeper. Crew were often kept in conditions of virtual slavery.

“And we have to make sure that mis-labelling doesn’t happen in the fish world,” he said.

Pollution and climate change may be worsening the outlook for fisheries.

“Curbing illegal fishing is a vital step towards restoring the ecological health of the global ocean,” said former Costa Rican President Jose Maria Figueres, co-chair of a Global Ocean Commission that is also seeking ways to save fish stocks.