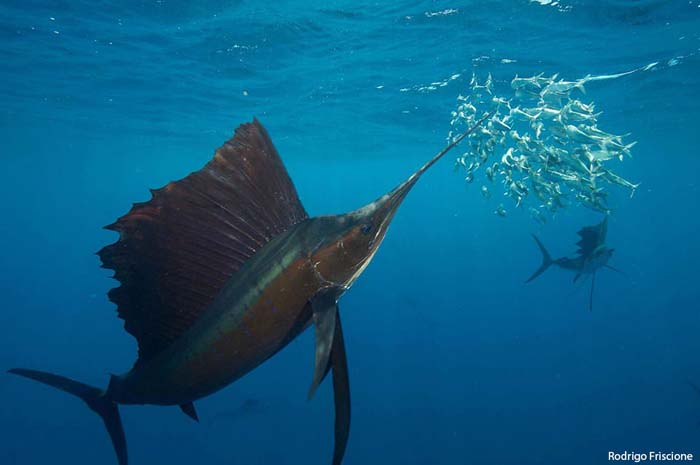 Not all experts agree, but at top speeds of nearly 70 mph, the sailfish is widely considered the fastest fish in the ocean. Here, sailfish are hunting sardines in the open ocean off the coast of Mexico. Image courtesy of Rodrigo Friscione – NOAA.

I don’t always agree with NOAA about their management of our fisheries relative to game fish and forage fish, but I don’t distrust their science – just management conclusions when they smell to me like they are being politically driven.

NOAA has our sport fishing backs, and we should support their efforts before the current regime damages the future of our coastal fisheries irreparably and those in our oceans.

Seafood harvested from the U.S. federally managed fisheries is inherently sustainable as a result of the U.S. fishery management process. Using the Magnuson-Stevens Act as the guide, NOAA Fisheries works in partnership with Regional Fishery Management Councils to assess and predict the status of fish stocks, set catch limits, ensure compliance with fisheries regulations, and reduce bycatch. 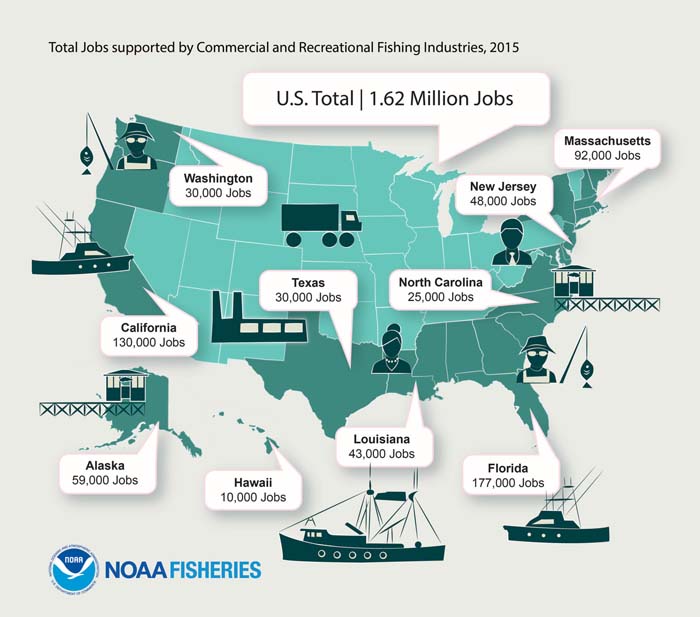 Some of our marine ecosystems are under attack from developer greed, community pollution (plastic), discarded fish traps and gill nets, and the shocking advances of climate change

The resilience of our marine ecosystems and coastal communities depend on healthy marine species, including protected species such as whales, sea turtles, corals, and salmon. Under the Marine Mammal Protection Act and the Endangered Species Act, NOAA Fisheries works to recover protected marine species while allowing economic and recreational opportunities. 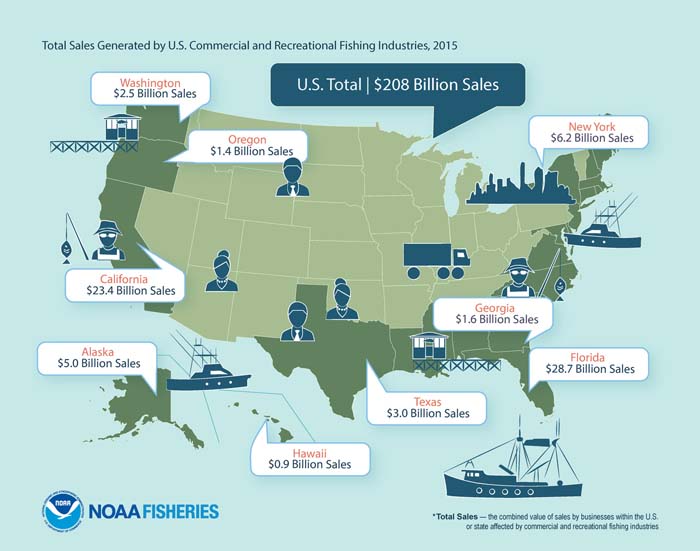 NOAA Fisheries, also known as the National Marine Fisheries Service, is an office of the National Oceanic and Atmospheric Administration within the Department of Commerce. NOAA has five regional offices, six science centers, and more than 20 laboratories around the United States and U.S. territories, and they work with partners across the nation.

• NOAA tracks 474 stocks or stock complexes in 46 fishery management plans. Under the science-based framework of the Magnuson-Stevens Act and their efforts, 45 stocks have been rebuilt and the number of stocks on the overfishing and overfished lists remaining near all-time lows.

• 3 million square miles of open-ocean and more than 95,000 miles of coastline.

• NOAA’s primary jurisdiction is the U.S. Exclusive Economic Zone, which includes waters from 3 to 200 miles off the U.S. coast, including more than 3 million square miles of open-ocean and more than 95,000 miles of coastline.

• NOAA has jurisdiction over 164 endangered and threatened marine species, including 66 foreign species.

• NOAA monitors, protects, and sustainably manages the nation’s fisheries, which generated $212 billion in sales and created 1.7 million jobs in 2016.

Statistics and infographics provided courtesy of the National Oceanic and Atmospheric Administration (NOAA).