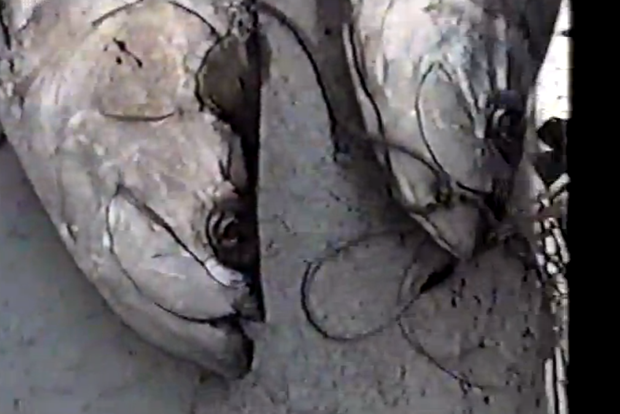 The following feature story is a follow-up on last week’s breaking story about the need to protect tarpon from spearing in federal waters off Louisiana. It included many comments, including those  from Doctor Stein and  members of the Hell Divers. Those that contained no profanity are still viewable at the bottom of the article. Click here to read […]

[dropcap]O[/dropcap]ver time, the traditionally open access to the seas for fishing purposes has caused serious depletion of the stocks of the United States fisheries. Between those who go to sea for their livelihood and ever-increasing numbers of sport fishermen, the strain on Gulf Coast stocks has steadily worsened. Attempts to preserve fisheries through area closings, gear restrictions, and seasonal limitations have had little effect in reversing declining stocks. Add spearfishing of  game fish like tarpon that are barely edible and you have sport fishermen, competing to catch and release fewer and smaller animals. Educated sportsmen should voice their opinions on the matters to ensure that their grandchildren are able to enjoy and appreciate these species as well some day.

How do we assure that tarpon stocks will be able to replenish? Limited access, closed seasons, closed areas, and/or no kill sanctions? By denying tarpon the rights of a no-take game fish in federal waters we betray our own value as responsible anglers, conservationists and government administrators.

Believe it or not, there are no tarpon regulations in federal waters

If you are in federal waters, you could have the deck of your boat filled with dead tarpon and that would not be illegal. However, if you then landed in Florida, you would have a hard time proving they were taken in federal waters. Louisiana, on the other hand, is a different story since it also has no state regulations for tarpon. Spearing of tarpon in federal waters in the Gulf coast states by groups like the now notorious Hell Divers of Louisiana is saddening. That they seem to do it for the boyish boast of it (see these conclusive videos [Vid one […] – [Vid two  […]), is sickening to anyone who has seen a tarpon inhale a fly and then watched the end of his or her line explode like a just struck blue-tip match. To witness the animal aerialize and punch a dozen holes in the water is an awesome and inspiring site, and shines brightly as a memory for a lifetime. Such memories are beacons of light for the fight to save tarpon.

Once you pass that Rubicon

The Louisiana spearing slaughter is all cloaked in a shroud of science and championed by a New Orleans medical doctor by the name of Will Stein, III who continues to claim that a “research” factor is involved in the killing of tarpon and has promised to keep requesting that tarpon be killed on his behalf – paying in-fact for corpses at an up-coming Hell Divers event (see Hell Divers’ tournament agenda below – you won’t believe your eyes). Stein’s current thesis (he’s in a PhD program at the University of New Orleans) is already completed and the continued slaughter of adult tarpon appears completely unnecessary. Testing technology for data collection can currently be accomplished without harm to the animal.

Sanity in the spearing world

Don DeMaria, a tagging expert and highly respected member of the spearfishing community explains: ” . . . fin rays can be used to determine age, growth, and diet. DNA can be obtained from a fin clip or tissue sample. Even diet can be determined. Spear tagging is effective and does not stress the tarpon, no lengthy fight, no air embolism, no damage from flopping around on the deck, no damage to the eyes, etc. And it is fast and effective. Even transponders and pop off satellite tags can be deployed in this manner. I would estimate that a good diver, working under good conditions, with plenty of tarpon around, could easily tag 100 in a day. Thousands can be tagged in a single season.” NOTE: Tarpon are listed as an ineligible species by the International Underwater Spearfishing Association.

Of Stein’s postulations a few seem a bit off. He believes that Florida is the cause of the decline in tarpon stocks in the Gulf states because of past practices of killing tarpon (decades ago), and today’s post catch-and-release mortality in Florida is phenomenally high. He never mentions that killing tarpon for the boast was and is the case in the Gulf states as well the decline in Gulf states tarpon might be the fault of current and past kill-blessing regulations or no regulations at all, like Louisiana. In Louisiana you can kill as many tarpon as you can every day of the year. Too, habitat reduction has played a significant role in tarpon population reduction. We also feel he is misrepresenting the findings of a study done by Dr. Kathy Guindon by incorrectly extrapolating PTTS data to come to a conclusion about an overall Florida tarpon mortality rate. The latter seems to be convenient conclusion that satisfies a predetermined outcome. Dr. Guindon’s field research primarily took place in Boca Grande, Florida which is known for high mortality rates of tarpon. In her words, it is “an observational study of guided tarpon trips that use two predominant tarpon fishing methods (‘either traditional live-bait or artificial breakaway jigs’) in Boca Grande Pass, a world famous tarpon fishing destination, and the recreational fishery of Tampa Bay. The study estimates  short-term post-release mortality rates.”

Stein assumes her results are applicable to the rest of Florida, which is a flawed approach. That’s like looking at crime rates in Detroit and assuming they apply to the rest of the country. This is not the case. For that reason, her estimates were on the high end. The rest of Florida’s experiences are much lower in fishing mortality rates. (Click here to read Dr. Kathy Guindon’s study).

Are the tarpon stocks less now than 50-years ago? Yes, and that’s why responsible anglers, conservationists and government administrators must coalesce and stop the wanton killing of tarpon.

Late to the game?

Also important to consider is the economic boon that tarpon fishing could bring to many of the Gulf states. If the Gulf states enact no kill regulations for tarpon in state waters and the Gulf of Mexico Fishery Management Council (Gulf Council), National Marine Fisheries Service (NMFS) Southeast Region, and Gulf States Marine Fisheries Commission get their acts together and ban tarpon killing in federal waters, other Gulf states might begin to enjoy a robust tarpon sport-fishing economy similar to what Florida has.

Fishing for tarpon in Florida supports thousands of guides.  They generate millions of taxable dollars.  Do tarpon occasionally die from hook-and-line fishing in Florida? Yes. However, killing a tarpon is not the intention of the Florida fishermen and the majority of them will do everything possible to save a tarpon’s life. At FLM, we support the education of guides and anglers on the proper handling techniques of tarpon to reduce the mortality rates. We do not support the killing of tarpon.  We do not support the dragging of tarpon to weigh stations. We do not support the breakaway jig technique that can result in damaging foul hooking and increased mortality rates. If managed correctly, this species has the ability to create great tax revenue, jobs and the proliferation of thousands of businesses in the fishing industry as well as perimeter businesses like hotels and restaurants patronized by lovers of this species. Dead tarpon decrease the revenue potential for all states.