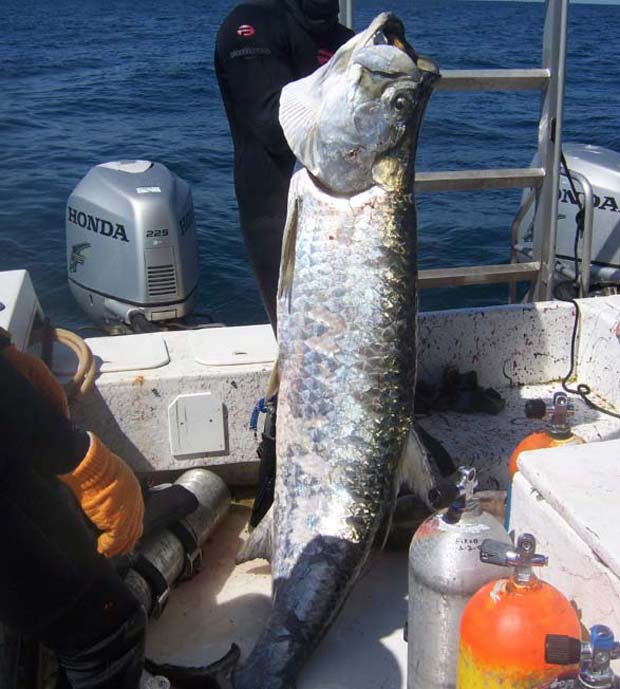 Conservation: Wanna’ know what the absence of regs looks like?

Hundreds of tarpon are being legally killed and trashed every winter, spring and summer by spearfishermen in Gulf coast states. This issue is important and needs to be addressed. These guys aren’t harvesting tarpon. They just kill them and boast – large females to be dissected and sampled and then thrown in the garbage!

Fly Life Magazine.com is offended by this practice and will address this issue with urgency in pursuit of legislative measures that will provide this amazing migratory species with the safety and respect they deserve.

It is time to request protection for tarpon in Federal Waters. 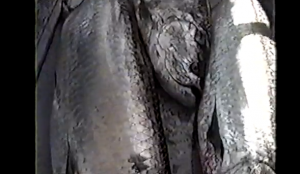 There is a spearfishing sport (?) fishery for tarpon in the waters off of Louisiana. From 2002 to 2012 there have been 807 tarpon killed by Louisiana recreational fishermen (www.st.nmfs.noaa.gov).

The tarpon spearfishing fishery is supported by the fact that in the winter large numbers of adult tarpon aggregate at the Louisiana oil rigs (Stein and Franks, 2011). Louisiana spear-fishermen are aware of this phenomenon and take advantage of it. The photographs shown were posted on the website of the Hell Divers Sportfishing Club of Louisiana. Different oil rigs can be seen in the background in many of the photos the club posts at their website. Louisiana state waters only extend three miles from shore. There is only one oil rig in Louisiana state waters (dnr.louisiana.gov) so the spearing of tarpon does occur in federal waters (see Hell Divers website info below – calls for oil rig ID # in “tournament”).

Killing a non-edible but magnificent game fish just for the boast at the dock?

We have a problem with the spearing of tarpon. For one, tarpon are known to have poor meat quality so we doubt these fish are being harvested for food. Second, tarpon are a long lived fish (80 years old) making the sustainability of the population very susceptible to fishing mortality (Ault et al. 2008).

One of our biggest issues with the spearing of Louisiana tarpon is the fact that they are KILLING FLORIDA TARPON! Satellite tagging results clearly show that tarpon caught in the inshore waters of Florida migrate to the oil rigs of Louisiana, and tarpon on the oil rigs of Louisiana migrate to the inshore waters of Florida and Texas. It is an age old conundrum of a migratory species that must pass through many differing jurisdictions throughout its yearly travels. Some haunts are less kind and definitely take their toll on, and sometimes devastate, a species. Tarpon are found as far south as Argentina and as far north as Nova Scotia. These are your fish too.

We’re requesting that NOAA/FWC take a large step for tarpon conservation by creating a no-take of tarpon in federal waters of the Atlantic and Gulf coasts. A tarpon is a game fish of quite considerable value to Gulf states when alive and should be catch-and-release only in “all” federal waters. Curtailing the spearing of tarpon in federal waters of Louisiana and the other Gulf states as well as the Atlantic states would result in a marked decrease in mortality on Florida’s tarpon stock. It would also send a message to all the coastal states’ fish and wildlife commissions about the value of live, migrating tarpon which can be a solid revenue resource for all Atlantic and Gulf states. This would be a definite step in the right direction. We expect it has the potential to generate momentum for other states to ban the harvest of tarpon in their waters.

Note: “William Stein MD, accorded a PhD (just recently) at UNO, is doing a study on Tarpon. Dr. Stein gave us a talk on Tarpon at this year’s Council Meeting. He has requested that if any large tarpon is landed that he be given a call at (415) 779-5261 (please save the number in your cell phone) so either he or one of his lab partners can do a study on the fish. The out come of this study may prove that platforms have become an important and/or essential habitat for Tarpon during part of their lifecycle.”

Mark your calendars for the spearfishing event of the year.
The 50th Anniversary of the infamous Hell Divers Spearfishing Rodeo!
Rodeo dates are May 30 thru June 2, 2013 with the weigh in
and party taking place on the 2nd.

CASH PRIZES FOR TARPON AND LIONFISH

Doctarpon (Stein) is offering a prize of $100 for the largest Lionfish.
$100 for largest tarpon over 110 lbs. Rig number and depth must be privately sent to Dr. Tarpon (to protect secret spots) or Alex Fogg to receive reward. 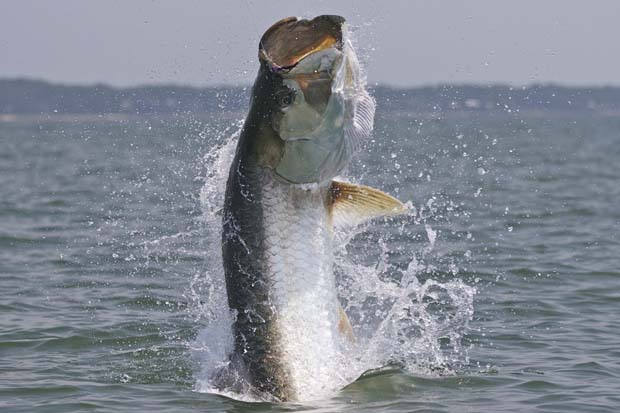 Tarpon in all its glory…
Greg Dini photo