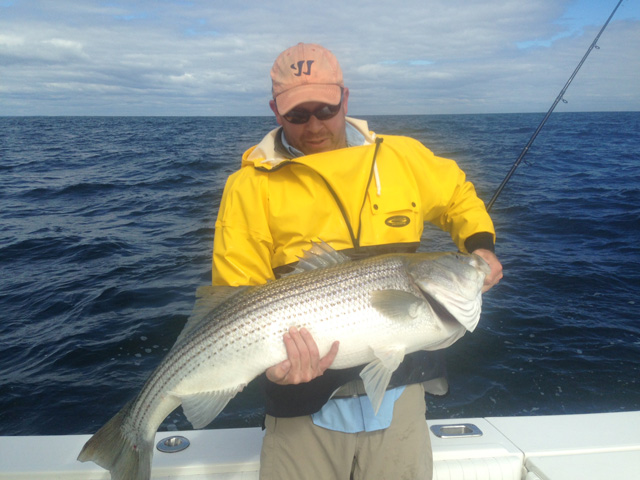 If you are a regular reader of this blog, you are probably aware that I’ve touched on the issue of slot limits for striped bass a few times. In case you didn’t already know, a “slot limit” implies a keeper-size fish between certain parameters (e.g. 24 to 28 inches). The idea is to limit mortality on the large, fecund females that theoretically contribute more to reproduction. 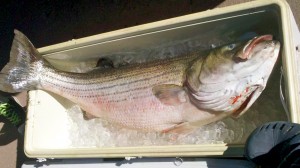 It certainly sounds reasonable, if not outwardly beneficial to both anglers and the striped bass stock. But in the real world, it doesn’t really work out that way. I’ll get to why in a second, but perhaps we need to frame the discussion first.

Truthfully, I wasn’t really planning on writing about slot limits until after the Atlantic States Marine Fisheries Commission (ASMFC) Striped Bass Board had voted out two addenda for public comment, which will hopefully happen in the second week of May. But, my intended subject fell though at the last minute, so here we are. Getting back to the addenda, the first one covers the adoption of the new, more conservative fishing mortality reference points recommended by a benchmark stock assessment that was completed last year. (For some background on this and to gain a better understanding of such reference points, I suggest reading my post ASMFC moves on striped bass). The second addendum will propose a range of management measures that would reduce fishing mortality and get us to the new mortality target suggested in the benchmark stock assessment, with an implementation date of January 2015. So, for the purpose of this blog, the real question is, “What will get us the required fishing mortality reduction?”

It’s pretty clear to me that a slot limit, at least on its own, won’t. Generally, slot limits increase fishing mortality; they don’t decrease it. That’s because smaller fish are of course dumber, easier to find and easier to catch. If you allow people to kill smaller fish, then fishing mortality goes up. That’s just common sense. It’s also pretty darn obvious, to me anyway, that those big fish we all seem to want to protect won’t get to be big fish if we focus mortality on the younger, smaller fish. I’m not sure why, but very few people seem to be willing to acknowledge that you don’t get big breeders to protect if you kill them off young.

Perhaps the larger issue is that you end up killing a lot of fish that have yet to spawn with a small slot. The current 28 inch coastal size limit theoretically allows around 50 percent of the fish to spawn before reaching keeper size. You don’t get to 100 percent until you’re in the 34-36 inch range (which is just one of the reasons why I believe having a larger size limit would do much more for the striped bass stock than a slot limit).That’s fisheries management 101. Let ’em spawn at least once before we have at ’em.

Another important consideration is that a slot limit would absolutely focus mortality on some very specific year-classes. In the case of striped bass, as I’ve discussed in other posts, we’ve got a lot of weak year-classes coming along the pike. Do we really want to throw most of the fishing mortality on those substandard year classes? That sort of focused effort could diminish an already weak age-class, and, given the current pressure (everyone and their mother these days is a striped bass angler), it’s not unreasonable to assume that a good portion of those fish would be gone before reaching spawning age. An appropriate size limit allows you to spread mortality out over a much broader swath of the population. That makes sense to me, because from a biological perspective what you want really is diversity, or, in other words, a good stratification or a lot of different year-classes.

With all this said, I suppose you could put a slot in place that changed every year so you wouldn’t put excessive pressure on a weak year-class. In other words, there would need to be an annual slot management assessment based on the success or failure of the young-of-the-year results. The problem is that this sort of managing would take major resources (aka crazy money), not to mention time. Any such slot changes would have to go thought the required analysis and rule making process, which generally takes years. I’m not sure how that would work. But the point is that it just wouldn’t be practical, nor, IMO, possible the way the management system is currently set up. And regardless, you still are killing fish before they have spawned, which just isn’t right in my mind.