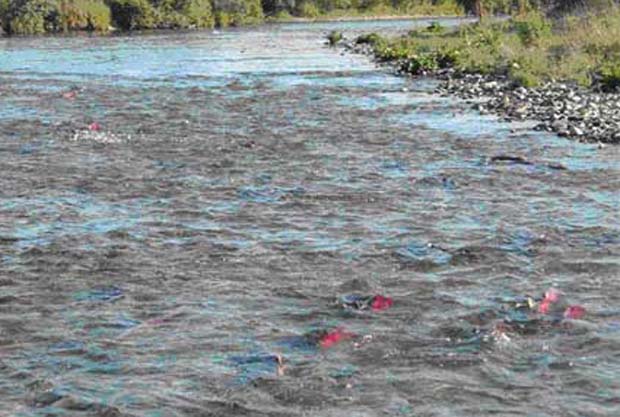 [dropcap]T[/dropcap]oday, 14 leading sportsmen’s and conservation groups expressed their strong opposition to the Regulatory Fairness Act, which would halt the EPA’s efforts to protect Bristol Bay, Alaska from the proposed Pebble Mine. The groups sent a letter outlining their concerns to the co-sponsors of the legislation, which include Senate Minority Leader Mitch McConnell (KY) and Sens. David Vitter (LA), Joe Manchin (WV), Lisa Murkowski (AK), and James Risch (ID). These groups are some of over 1,000 sportsmen’s organizations and businesses that have written the EPA in support of its efforts to protect Bristol Bay.

“It was with great disappointment that we read your recent legislation to eliminate the EPA’s current work to protect Bristol Bay, Alaska for future generations of hunters and anglers. Stopping the Pebble Mine at Bristol Bay’s headwaters is one of the top priorities for the sportsmen community across the U.S.; a fact that we hope is not lost on Senators who represent not only many sportsmen, but some of the best hunting and fishing areas in the country. While we do not always agree with the EPA or its actions, in the case of Bristol Bay, the EPA is acting to protect productive fish and game habitat, thousands of jobs, and $1.5 billion in annual economic impact.”

“The development of a massive surface mine such as Pebble and its likely impacts on the waters and fish and wildlife resources of Bristol Bay, Alaska, have been thoroughly analyzed through the Bristol Bay Watershed Assessment,” said Whit Fosburgh, President and CEO of the Theodore Roosevelt Conservation Partnership. “The EPA’s undertaking of the 404(c) review process is the next logical step under the Clean Water Act which is needed and justified to ensure the conservation of the unique resources of Bristol Bay.”

The Regulatory Fairness Act would prohibit the EPA from using its Clean Water Act Section 404(c) authority to restrict permits at “any time” that a particular development will have an “unacceptable adverse effect” on America’s waterways or fisheries. In the case of the proposed Pebble Mine, the EPA’s exhaustive 3-year peer-reviewed scientific study found that even without a catastrophic accident it will destroy up to 94 miles of salmon spawning streams and 5,350 acres of wetlands, lakes, and ponds in the Bristol Bay region. In February, the EPA began the 404(c) process to determine the best way to protect Bristol Bay from the Pebble Mine.

“The legislation these Senators are supporting runs directly counter to one of the top priorities for hunters and anglers from across the U.S.,” said Scott Hed, Director of Sportsman’s Alliance for Alaska. “We’ve heard from thousands that Bristol Bay is worth protecting; now is not the time to halt the EPA’s thorough process in protecting this sportsman’s paradise.”

Groups signing the letter include:

For a full copy of the letter to Senate sponsors of the Regulatory Fairness Act, as well the original letter from over 1,000 sportsmen’s groups and organizations, click here . . .