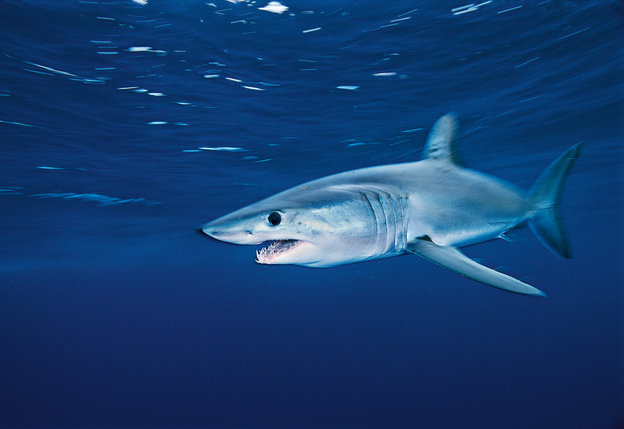 We, Fly Life Magazine.com (FLM.com), Skip Clement, publisher; Don Reed, fly tying editor; Capt. Andrew Derr, field editor or any columnist who has written for us has any intention of killing a shark for the boast of it or for a cup of soup. 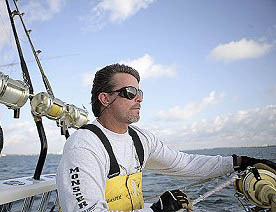 Meet the idiot Mark The Shark.

None of us has ever been to Everglades National Park on a good fly fishing day when we haven’t cursed a shark that’s taken a hooked tarpon, snook, redfish, sea trout or whatever and every guide we’ve ever been with from Montauk, New York to Key West, Florida to Andros Island in The Bahamas has ever (intentionally) killed one. That’s why what Ted has to say in this Audubon story so interesting.

South Florida does have one idiot charter captain who has a head boat that operates out of out of Miami. He prides himself as do some of his celebrity charterers, like Rosie O’Donnell, Robert De Niro and others, in killing sharks for just the boast of it. Mark the Shark, as he proudly calls himself, claims to have slaughtered 100,000 sharks – a boastful lie, just as much as you’d expect from this BS artist. 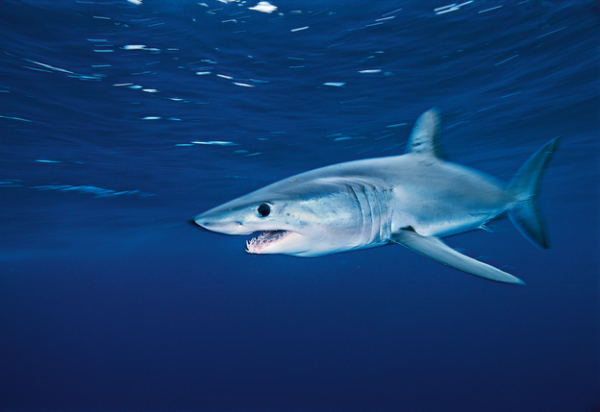 A SERIOUS EFFORT TO SAVE SOME OF THE EARTH’S OLDEST, LARGEST, AND MOST SUCCESSFUL PREDATORS IS FINALLY UNDER WAY. BUT IT NEEDS TO MOVE FASTER.

BY TED WILLIAMS, field editor for Audubon. First published by Audubon in the spring of 2012;.

The following an excerpt was taken from the middle of Ted’s story . . . and it’s scary enough!

“. . . According to the best data, fins from 26 million to 73 million sharks are annually traded on the global market. With true sharks harder to come by, rays (which can be thought of as sharks whose pectoral fins have transformed to “wings”) and sawfishes are also being depleted for shark-fin soup. Extinction caused by human exploitation has yet to be documented in marine fishes. But without drastic national and international reform, it now appears possible for dozens of shark and batoid species.

Even in the early 1980s scientists were seeing major shark declines along our Atlantic Coast. The reason: dead-on-the dock fishing tournaments, a U.S. tradition inspired by Jaws. The only parts of these sharks not routinely wasted were fins.

Only Australia, New Zealand, and the United States have designed and enforce comprehensive shark management plans. But managing sharks is not the same as using them wisely or ethically. “The U.S. had been a leader for years,” says famed shark researcher Sam “Doc” Gruber, who owns and runs the Bimini Biological Field Station. “But we’ve fallen behind many other nations. There’s no real reason to catch these fish. Their value is high because of the fins, but to me that’s so inappropriate. We might as well be cutting out flamingo tongues like the Romans.”

On December 1, 2011, the Association for Professional Observers (a group that supports fisheries observers hired by the National Marine Fisheries Service to do onboard monitoring of fishing practices) and Public Employees for Environmental Responsibility filed a formal complaint with the NMFS, charging that observers who report such violations as finning are fired or assigned “punishment trips.” According to the complaint, observers have been informed that finning violations “were not of interest” to the agency. One observer claimed to have been told by an agency official: “If you have a problem with [these and other] violations, you better get out of the program now.” The NMFS declined to give me a response other than to say: “If we find merit to the allegations, we will address these issues.”

Still, any deficiency in U.S. shark management and enforcement is rendered trivial by the free-for-all happening on the high seas, where sharking is supposedly regulated by the International Commission for the Conservation of Atlantic Tunas (ICCAT), among other bodies. At ICCAT annual meetings, representatives of the 48 member nations almost never vote. If a nation doesn’t like a proposed rule, it can nix it simply by objecting. For example, at ICCAT’s 2010 and 2011 meetings, the European Union proposed that porbeagles, IUCN-listed as endangered in the northwest Atlantic, be protected. But both times Canada, the only country with a targeted porbeagle fishery, shot down protection. In 2011, for the third year in a row, the United States, Brazil, and Belize tried and failed to get ICCAT to replace its current fin-to-carcass weight ratio requirement with a ban on removing fins at sea. But China, Japan, and South Africa shot down the proposal with the absurd argument that it required too much effort on the part of fishermen. . . .? [to read the entire article -,fascinating story]