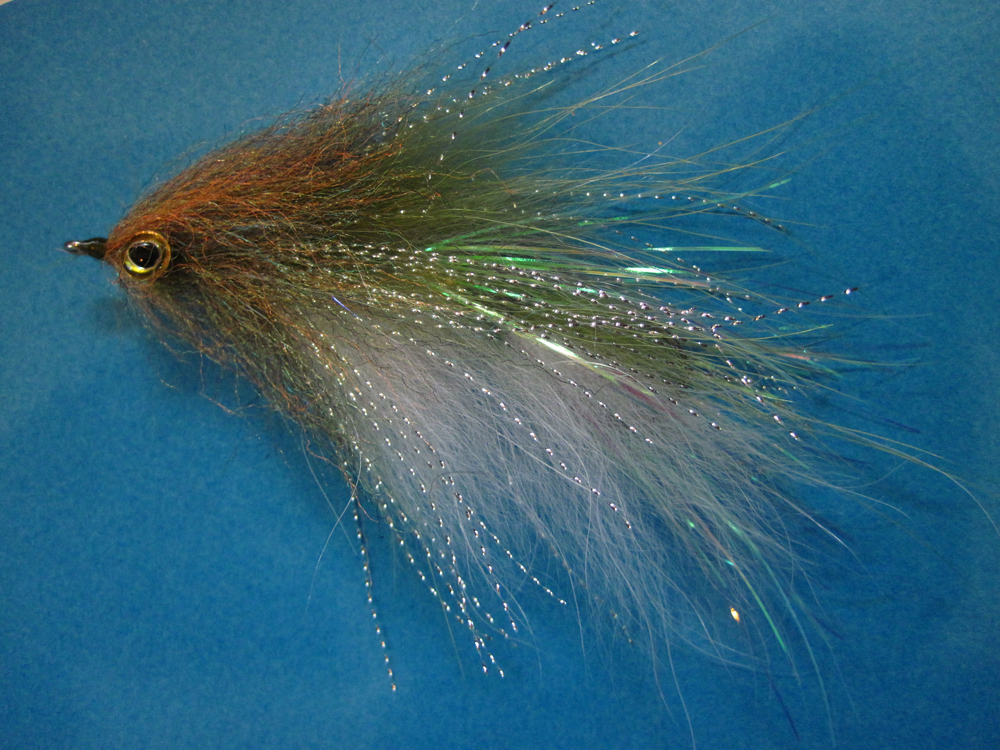 [dropcap]F[/dropcap]all brings the annual mullet run up the east coast of Florida. Try this new articulated pattern for some fun. With a stinger in the tail it’s hard to get bitten short.

The fly is designed to have great natural swimming motion with the articulated tail armed with a 1/0 stinger trailing behind. The flash gets the attention and the Finnish Raccoon fur flows in the water like nothing else making the fly as life-like as possible. 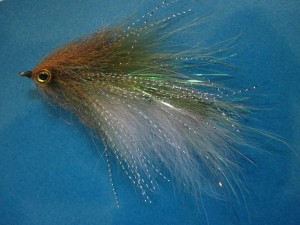 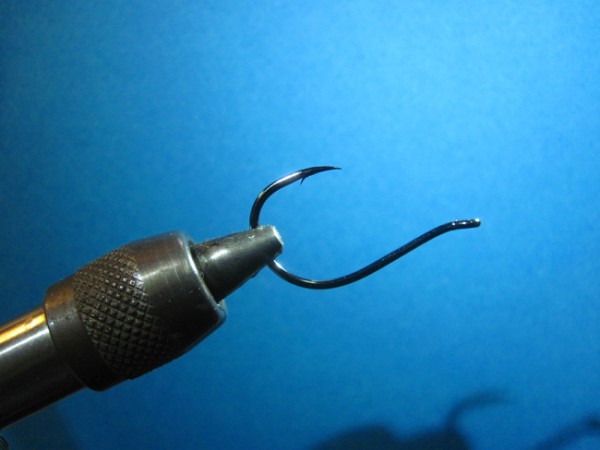 1. Mount the Octopus hook in the vise point up. Tie in about a dozen strands of Pearl Flashabou doubled over the hook just behind the eye. 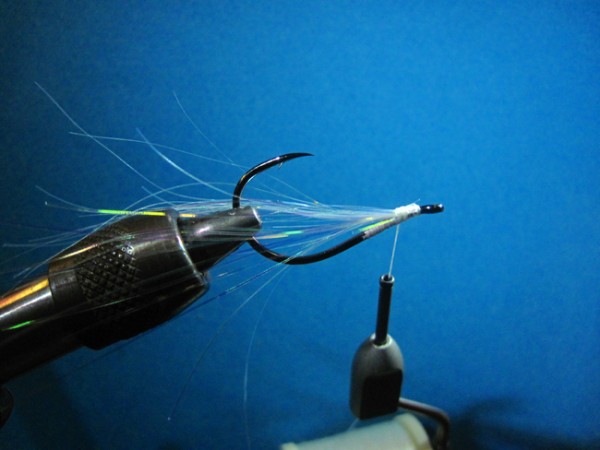 2. Tie in a sparse hank of white Finnish Raccoon and wrap it down tight. Over the white fur tie in a sparse amount of light olive fur. Whip finish. 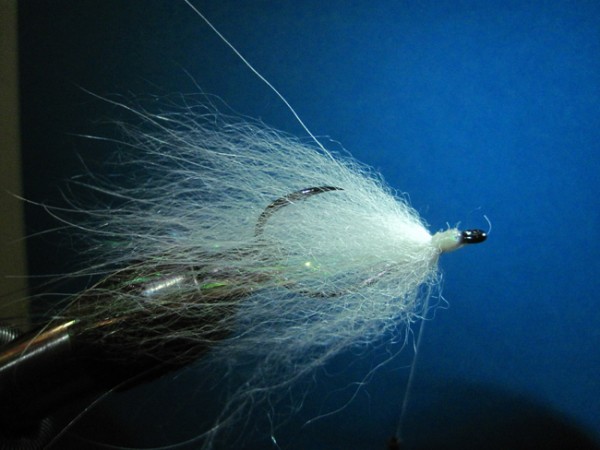 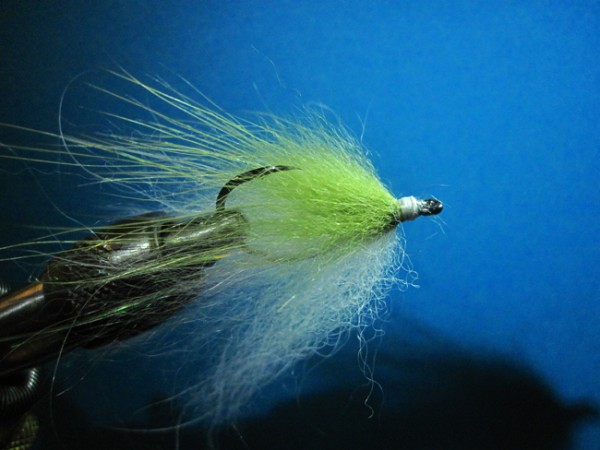 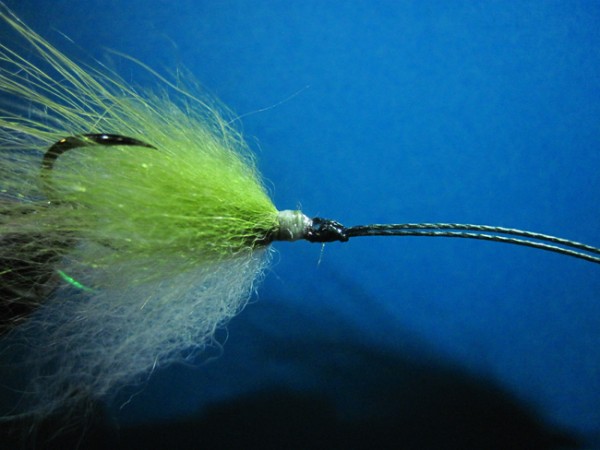 Using about 8 inches of 80# Power Pro braid, make a loop and tie a cinch knot through the eye from below the eye (make the loop come up through the eye). Use a head cement like Hard as Hull or Clear Cure Goo UV and finish the head and the loop. Set the tail aside. 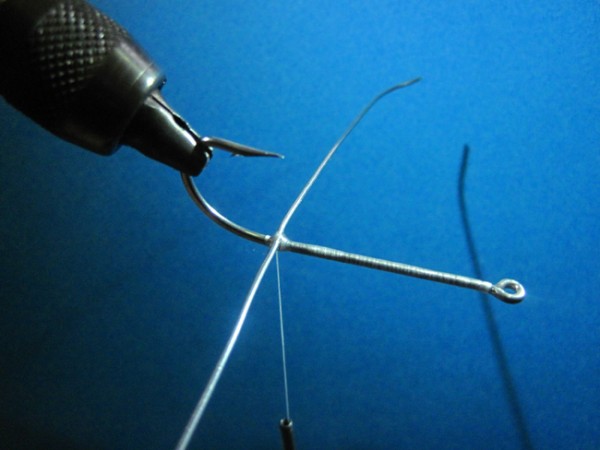 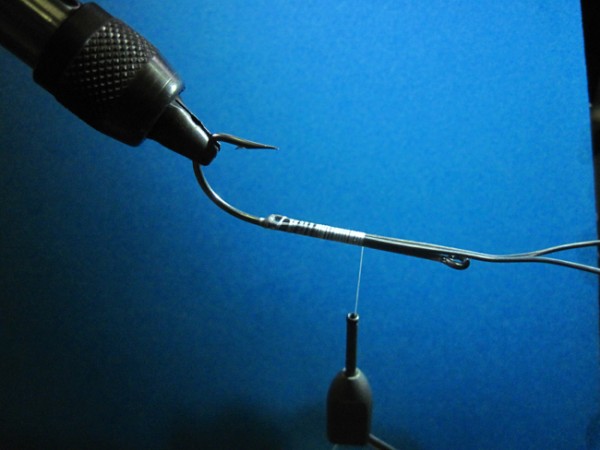 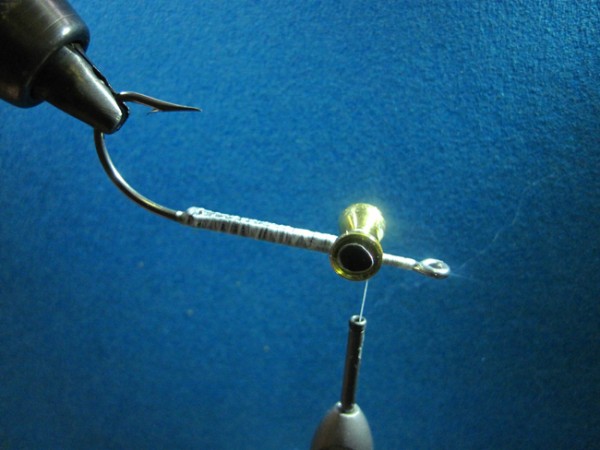 3. Mount the Mustad 34011 2/0 in the vise. Wrap the shank with thread to just before the bend. Using 0.35” round lead wire, tie a piece 2 ½” to 3” across the shank as illustrated. Cross the lead in securely and cement. Bend the wire double tightly along the bottom of the hook shank, cement it and wrap the lead to the shank securely. Tie the eyes in ¼ of an inch behind the hook eye on the bottom of the shank. 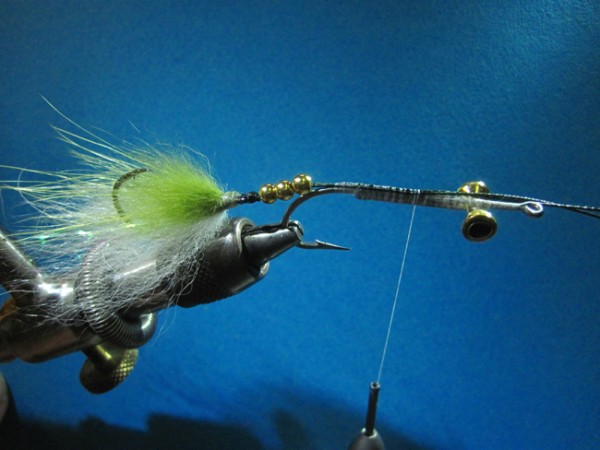 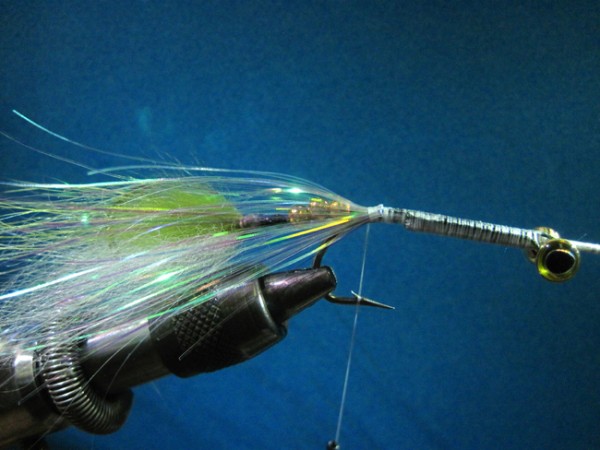 4. Take the tail section with the Power Pro attached; thread the three 5/32” brass beads on to the double strands. Lash the tag ends of the Power Pro to the top of the shank snuggly. Start with the beads at the top of the hook bend and tie it down toward the eyes, wrap the tag ends around the eyes and pull back toward the hook bend, continue wrapping until you reach the starting point. 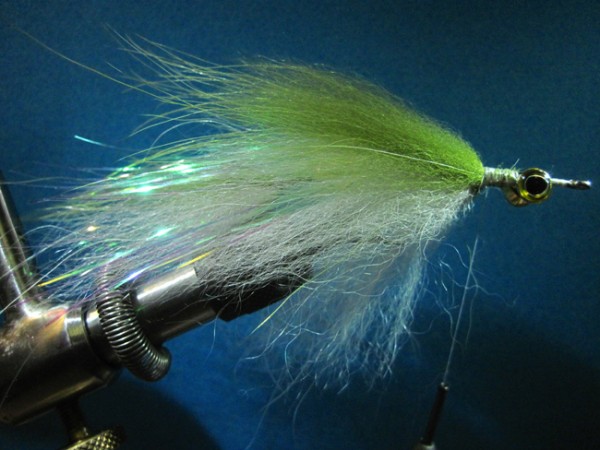 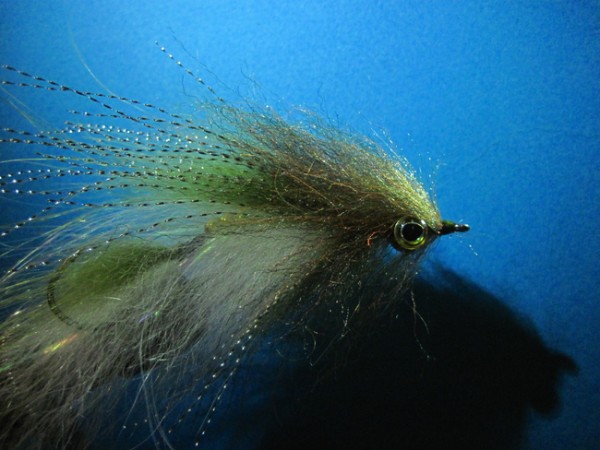 6. Trim the end of the stainless steel wire of the EP Root Beer Shrimp Brush; tie it in just in front of the last course of fur. Palmer the brush forward avoiding over-wrapping of the fibers. (The best tool I have found for this is what looks like a small dog brush called clumsily a “Strike Indicator Brush”, I call it the miracle brush and I use it on anything like fur or hair…works great) Continue wrapping the brush forward around the eyes and form a head using several courses in front of the eyes. Form a nice tight head, whip finish and cement the head. Now all that is left is to take a pair of strong wire cutters like a pair of lineman’s dykes and cut the bend of the hook of the forward Mustad hook off leaving only the stinger. 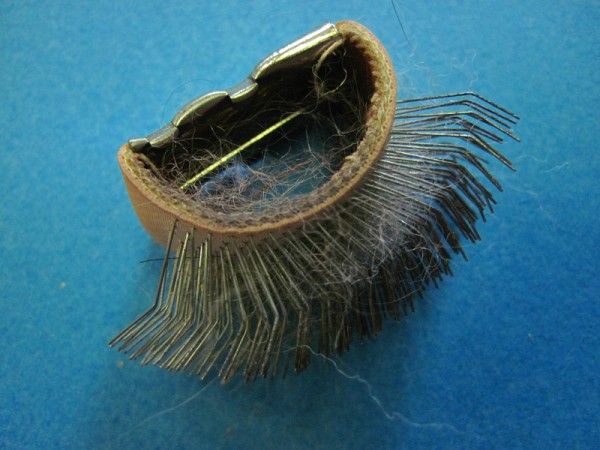