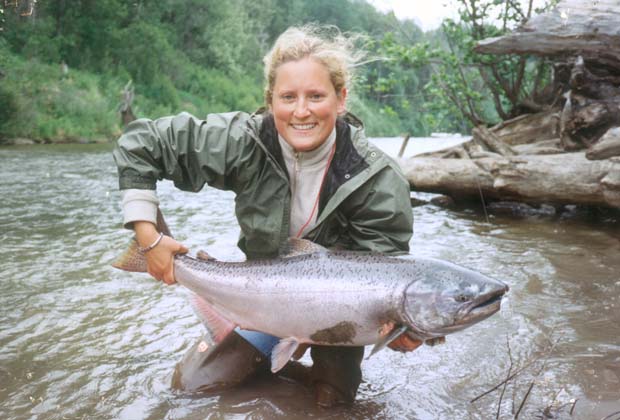 [dropcap]H[/dropcap]unting outfitters, fishing guides, taxidermists, publishers, and gear manufacturers from more than 100 outdoor industry businesses in 23 U.S. states have sent a letter to House and Senate leadership asking for the speedy reauthorization of the Land and Water Conservation Fund (LWCF), which is set to expire on September 30. The fund has been instrumental in improving habitat and providing public access for hunting and fishing across America for 50 years.

The letter urges Congress to continue to allow the fund—which is supported by off-shore gas royalties, not taxpayer dollars—to provide quality places for Americans to hunt and fish, thereby helping to grow an outdoor recreation economy that currently provides millions of jobs and drives $646 billion into local communities each year.

“It is up to those of us who care deeply about these resources, and depend on them for our businesses, to demand that Congress reauthorize the Land and Water Conservation Fund,” says John LeCoq, founder and CEO of fishing brands Fishpond and Lilypond in Colorado. “The diverse landscape of America personifies our nation, and we have a responsibility to protect and enhance the natural resources from which we draw so much inspiration. Both sides of the aisle should be able to see that the LWCF is a tool that makes economic sense and that fish, wildlife, and future generations will continue to benefit from it.”

Since its inception in 1964, the LWCF has been used to invest over $16 billion in conservation and outdoor recreation, including the establishment of new public fishing areas, new access into landlocked and checkerboarded parcels of public lands, and the acquisition of new public lands for the benefit of fish, wildlife, and the sporting public.

“The success of our company depends on the ability of everyday American sportsmen to be able to find quality places to hunt,” says Ryan Callaghan, marketing manager with First Lite, a hunting clothing manufacturer based out of Ketchum, Idaho. “The Land and Water Conservation Fund is a success story in funding conservation and access and in providing quality opportunities for sportsmen to hunt on public lands. If you hunt, hike, fish, or birdwatch, you want the LWCF reauthorized as soon as possible.”

Where conservation so often loses out in the federal budget, it wins big in the Land and Water Conservation Fund, without being a burden on taxpayers,” says Whit Fosburgh, president and CEO of the Theodore Roosevelt Conservation Partnership, the group responsible for spearheading the business letter. “Congress has enough to debate before the end of the fiscal year. Reauthorization of this successful program should be a no-brainer.”

LWCF supporters can contact their lawmakers through the TRCP’s action alerts page.

To learn more, watch this video.