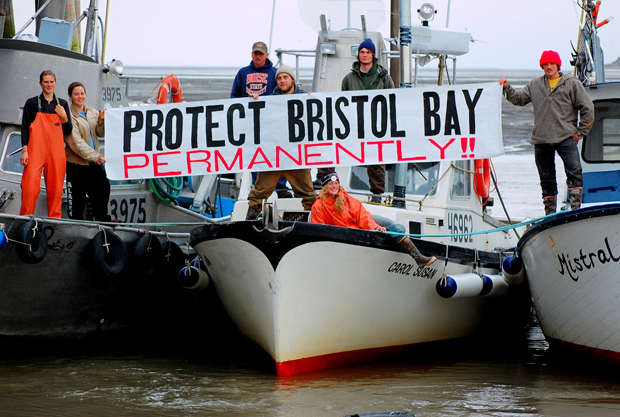 [dropcap]O[/dropcap]n August 27th, Kimberley Strassel, a WSJ columnist and member of its Editorial Board, based in Washington, wrote The EPA’s Own Email Problem.

In her referenced column, she champions Pebble Limited Partnership (the mining company that would destroy Bristol Bay’s fisheries) – by agreeing with their lame attempt to discredit the EPA’s research. She loves to blame big government for every ill she presumes exists, or too big to fail . . . oops that’s another story isn’t it. On September 12, 2015 my WSJ arrived. In Letters To The Editor, Everett Thompson of Naknek, Alaska wrote a response to Ms Strassel:

“As an Alaskan native and a commercial fisherman from Bristol Bay, Alaska, I believe Kimberley Strassel’s ‘“The EPA’s Own Email Problem”‘ (WSJ 8/28) misses fundamental facts. The EPA’s review and proposed determination were requested by local residents when our own state failed to act. Thankfully, the EPA listened and started a rigorous and transparent process.

The EPA, acting at the request of Alaska natives, commercial and sport fishermen, and with the science independently peer-reviewed twice, found that Pebble Mine would cause irreparable damage to the fisheries. The EPA is proposing common-sense conditions necessary to protect our fisheries. Like builders that have to meet minimum standards for building in earthquake or flood zones, the EPA is telling Pebble Limited Partnership that if it is going to mine the Pebble deposit, it cannot threaten the fishery.

The PLP’s legal stall tactics and attacks on the EPA are evidence of its desperation. New polling shows that a large majority of Alaskans and Bristol Bay residents remain opposed to the proposed Pebble Mine.

Ms. Strassel’s blind support for Pebble ignores the fact that Bristol Bay’s fisheries support 14,000 jobs and $1.5 billion globally in annual economic activity, all of which would be threatened if the Pebble Mine is constructed.”