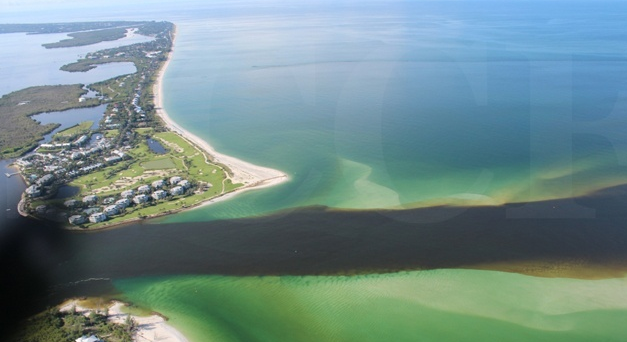 Conservation: When the levee breaks, sugar

[dropcap]I[/dropcap]n case you haven’t heard, Lake Okeechobee is rising. El Niño has spanked several areas in the U.S. with higher-than-average rainfall, and the second largest freshwater lake in the lower 48 states is now at 16 feet. Its average depth is between 10 and 12 feet. Officials with the U.S. Army Corps of Engineers and the South Florida Water Management District worried the 32-foot tall, 143-mile levee surrounding the lake could fail if any more rain fell. Ironically, this is “the dry season.”

So last week they unleashed up to 4.9 billion gallons of water (think 7,400 Olympic swimming pools) per day out of two dams: one heading east via the St. Lucie River to the Atlantic Coast, and the other heading west via the Caloosahatchee River to the Gulf of Mexico. These outlets to the rivers were created decades ago to help manage the lake’s water levels. The “wet” season for the region is June through September, and for the past several years, these releases have unleashed torrents of dirty brown and sometimes green water through these canals.

Where does that polluted water come from? The agricultural and other pollutants dumped into the lake from areas north. Why not allow excess lake water to flow south, as it had for nearly 6,000 years before humans got involved? Because politically and financially powerful U.S. Sugar (hereon called Big Sugar) owns more than 60,000 acres of land directly south of the lake to grow and refine sugar cane. And because this has been the status quo for decades when state and federal regulators and the Corps of Engineers first laid out the plans for water management. In fact, it was because of the sugar industry that the water was diverted east and west to make those massive sugar cane fields arable.

So let’s summarize: An ill-conceived plan by man to redirect Nature’s intended path for water drainage to accommodate Big Sugar, as well as big development, now has imperiled several thousand people, their homes, their drinking water and the health and welfare of millions of acres of precious wetlands which serve as the nursery for some of the most ecologically rich, coastal habitat in the country.

And here’s the painful kicker. The state had the option to purchase that land as the first step to help restore the withering Everglades for several years up until last Oct. The state failed to exercise that option, and now Big Sugar wants to put up several thousand homes and big warehouses. Last fall, Fla. voters overwhelmingly approved a measure that would use some real estate tax money to buy lands for conservation and improved water quality. But the state government has so far used those funds toward agency support (salaries, insurance, etc.), not buying the more than 40,000 acres Big Sugar agreed to sell seven years ago. Several environmental groups have filed a lawsuit that is currently pending.