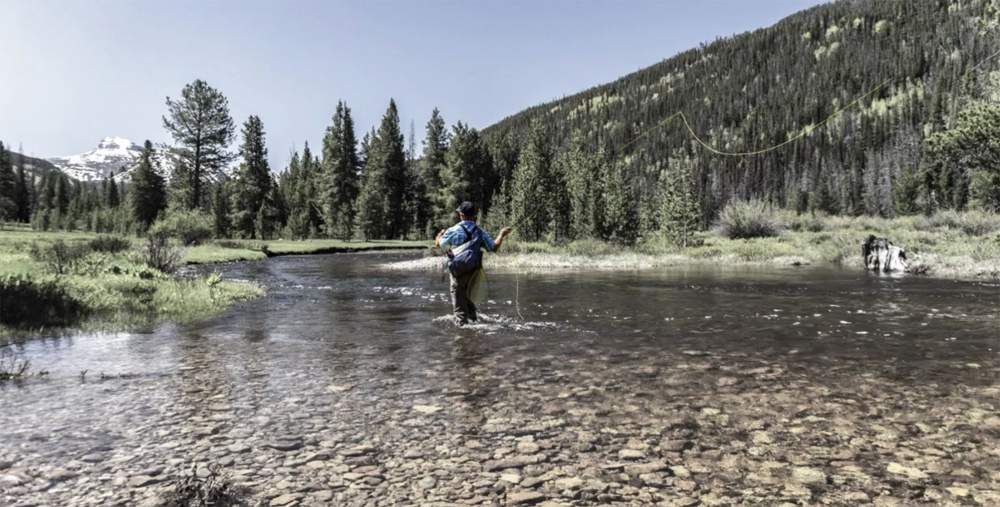 COVID 19: Are the new field and stream ‘influencers’ outliers? 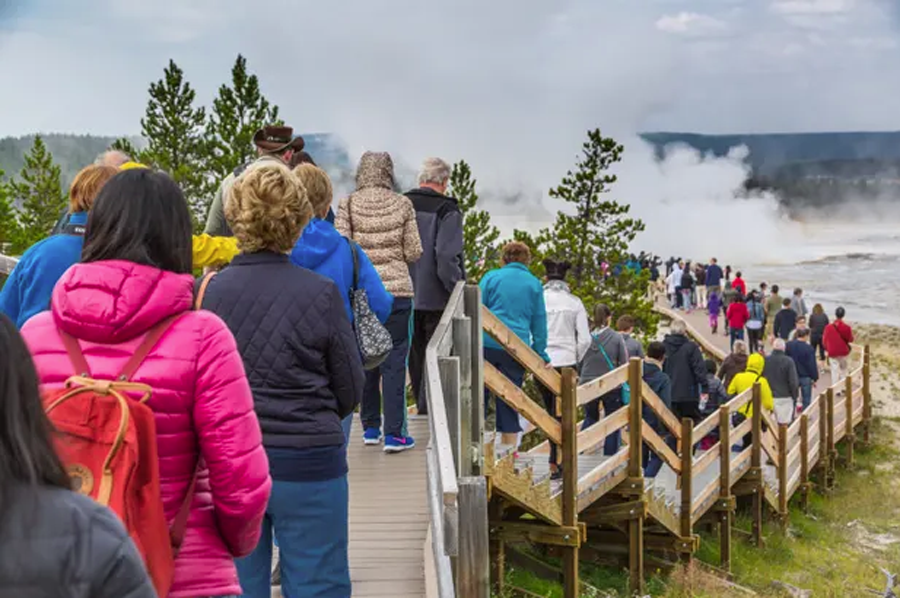 COVID 19 created more than one crisis. Our national parks are being loved to death for its very nature. NPS image

Trash is becoming a huge problem

COVID 19, like the response of the 1992 film directed by Robert Redford and starring Brad Pitt and Tom Skerritt, A River Runs Through It created tsunamis of new anglers. A surplus of anything outdoors the rage – hiking, kayaking, hunting, hiking, fly fishing, RVing, camping, etc.

But the onslaught COVID happened when public lands, primarily out west, were and still are struggling from four years of total neglect. Lack of funds, morons in charge all the way to cabinet level, personnel being effed over – moral issues galore, and maintenance almost at a standstill in a time when National Parks became inundated. The public, so sick of being bottled up that adults are happy to wait in line all day to enter a popular National Park. Heck, adults would pay money to have their own sandbox.

The reaction via commentary from the fly fishing hierarchy was responsible, sort of, for how to manage the onslaught and find someone at fault. There was something to be alarmed about – that part they got right. There were bad manners on the water, at boat ramps, candy wrappers, bait and rig packages, plastic water bottles scattered in the water and streamside, on the beaches and in the marshes. In many parks you still have to shit roadside. 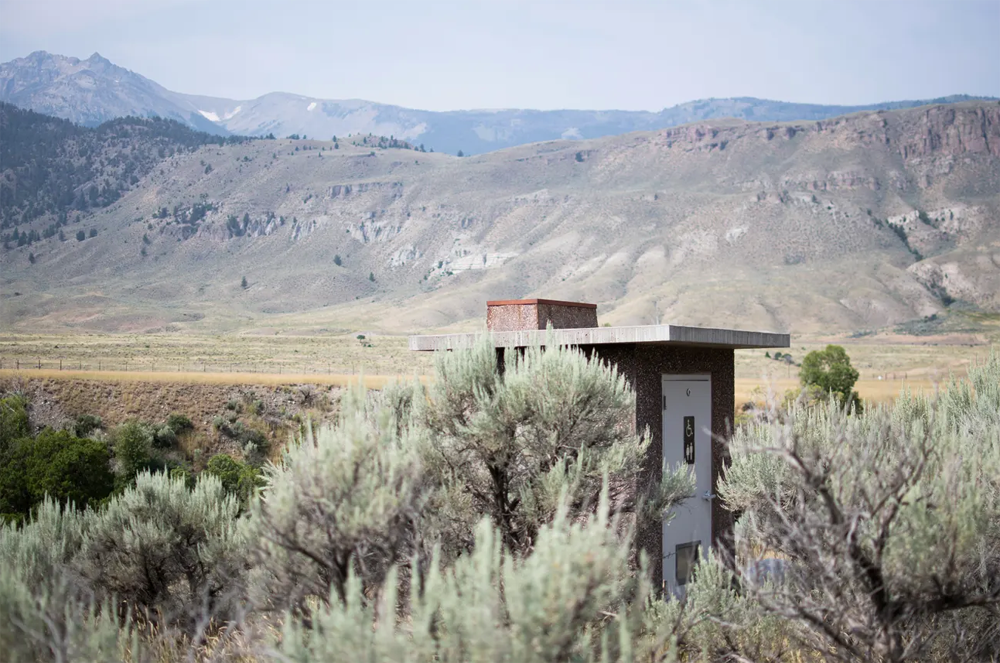 Overflowing toilets and trash containers create animal problems. The stinking problem added to because folks are forced relieve  themselves on the ground. NPS image. “National parks are the best idea we ever had. Absolutely American, absolutely democratic, they reflect us at our best rather than our worst.” ― Wallace Stegner. Unfortunately, the previous admin not onboard with that.

Those same sentiments bubbled forth when good-ole-boy fishing holes started filling up after Brad Pitt et al. tempted city slickers to fly fish and their manorly habits not acceptable.

In both instances, the movie and COVID set off a boom in fly shops and fly goods manufacturers’ businesses. ‘According to Hoyle,’ some pundits divided them into classes of entrepreneurs, responsible and not responsible enough, which is not a good way to get all on board to protect the resources. 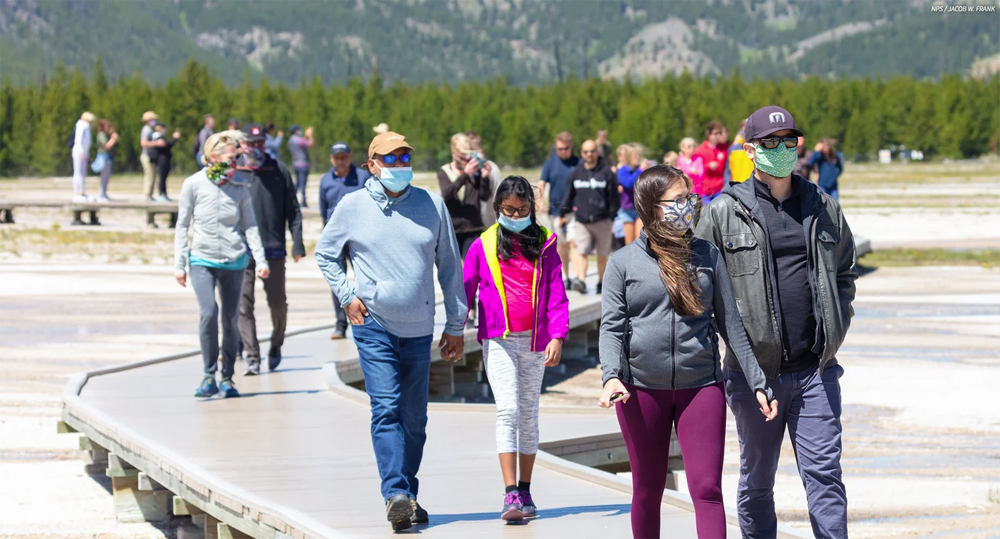 Guide, writer, conservationist, and podcaster Spencer Durrant put his spin on the subject mentioned and his observation worth reading. It is both a catch-up summary and less than soft opine on a matter that could get out of hand and be unnecessarily divisive.

Are Influencers Harming The Outdoors Industry? 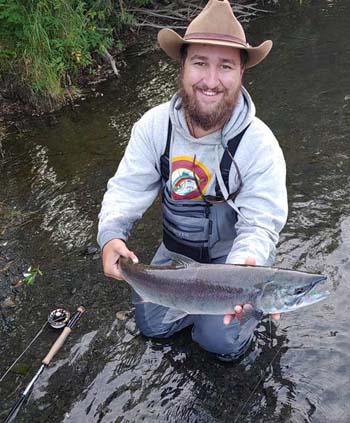 Let’s get a few things out of the way first. Influencers aren’t inherently bad. The whole idea of social media influencing isn’t new; for years, companies have handed out free gear to folks who had a big reach, in the hopes those people would promote the gear. Whether it’s on radio, black-and-white TV, in newspapers, or on Instagram, the concept of influencers is as old as the system of buying and selling goods.

Over the past decade, though – and perhaps a bit longer – we’ve seen a shift in how influencers act on social media. We’ve seen them wield an impossibly large amount of power. And increasingly, we see influencers who don’t really know what they’re doing – but know how to take a decent photo or make engaging videos – get the exposure and the fame that other hardworking sportsmen and women arguably deserve. This is where the friction between influencers and average anglers – and content creators, like myself – begins.

Dave McCoy, owner and Head Guide for Emerald Water Anglers, said it best in a chat with John Dietsch: “Somehow everyone (in this new generation) is born a pro and then there is that cliche of free gear is the best gear. Every manufacturer would rather give a young ‘influencer’ -–a term I cannot stand––free gear in hopes of showing it favorably on their feed. They are acting pro but being a far cry from it.”

Dietsch wrote a fantastic story about this over at Angling Trade, and I highly recommend you read it. In that story, April Vokey, Maddie Brenneman, and Shyanne Orvis all share their take on influencers as it pertains to fly fishing, but I want to speak to the outdoors industry as a whole.

We’re growing. The pandemic was good in that regard, because it forced folks outdoors. They either rekindled a love for nature, or discovered it for the first time.

But bad influencers have grown alongside the outdoors industry. That doesn’t bode well for sportsmen and women in the long run.

Bad influencers would be right at home in P.T. Barnum’s marketing department. They don’t care about much else other than putting on a show.

What Are ‘Bad’ Influencers?

Before we go any further, I need to define what a bad influencer is.

Bad influencers are those who either obviously don’t know what they’re doing, but are in the spotlight only because they’re attractive, or articulate, or know how to take great photos. These are the folks holding a fish for a grip-and-grin with their fingers mashed in its gills. The folks who have someone else shoot their buck, then stage a photo-op to look like they took it down themselves (this happens more often than you’d think). The folks who clearly don’t understand wilderness, but like the idea of appearing to do so, and have decided to try and profit on it.

“Sports for ‘outdoorsmen’ have a long history of supporting hucksters and false heroes, going all the way back to the great traveling Western shows of the 19th century,” says Marshall Cutchin, publisher of the long-running and popular magazine MidCurrent. “With every generation there is a new generation of pretenders.”