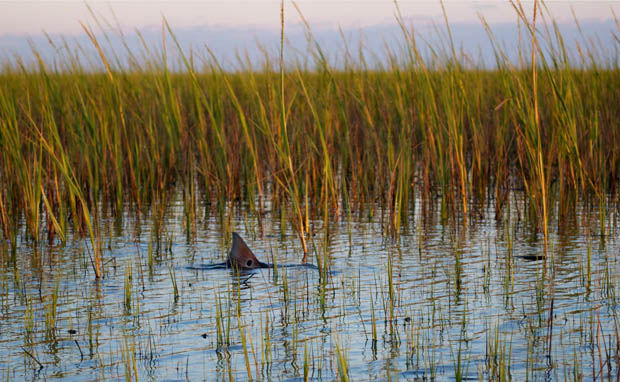 [dropcap]I[/dropcap]n the 1980s an overweight Louisiana chef made famous and delicious blackened anything that swam, but it was the redfish (red drum) that took a pounding of near biblical proportions. Because redfish school spawn by the thousands throughout the year and in different locations, spotter planes would ID the coordinates for commercial interests and netting of almost all the redfish was accomplished in just a few years.  Even weekender local yokels cashed in adding to the calamity.

As abnormal as it would seem today, the gulf states’ fish and wildlife agencies, federal water management authorities and fisheries biologists coalesced. In a matter of months, each states’ legislative bodies enacted laws prohibiting commercial taking of redfish. Monies were ponied-up by all the Gulf states and research was launched that is still in-place today. Redfish made a remarkable comeback and are now abundant and one of the great game fish for the Gulf and Atlantic coasts – Texas to Virginia.

A lone tailer at dusk.

North Carolina:
Hatteras Island, False Point, Ocracoke Island. In April and May, Outer Banks is hot spot. Huge reds up to 60-pounds. April brings many of the redfish that were wintering in North Carolina back to Virginia Beach. North Carolina’s Pamlico Sound in August through September for fall redfish, and hit the Outer Banks again in October and November for more hot catches.

South Carolina:
Charleston (fishing salt marshes, creek mouths and near oyster beds) has a winter population which is expanded in the spring and it builds to schooling through the summer. Murrells Inlet, near Myrtle Beach, South Carolina had a record 75-pound red in 1965, and is still a popular near-shore and inlet-fishing hotspot. Charleston Harbor, Shem Creek and Isle of Palms in Charleston, S.C. offer some of the best fall redfish fishing, peaking late October through the beginning of December. Redfish school and travel in large packs, sometimes numbering in the hundreds. The schools remain together up to winter. 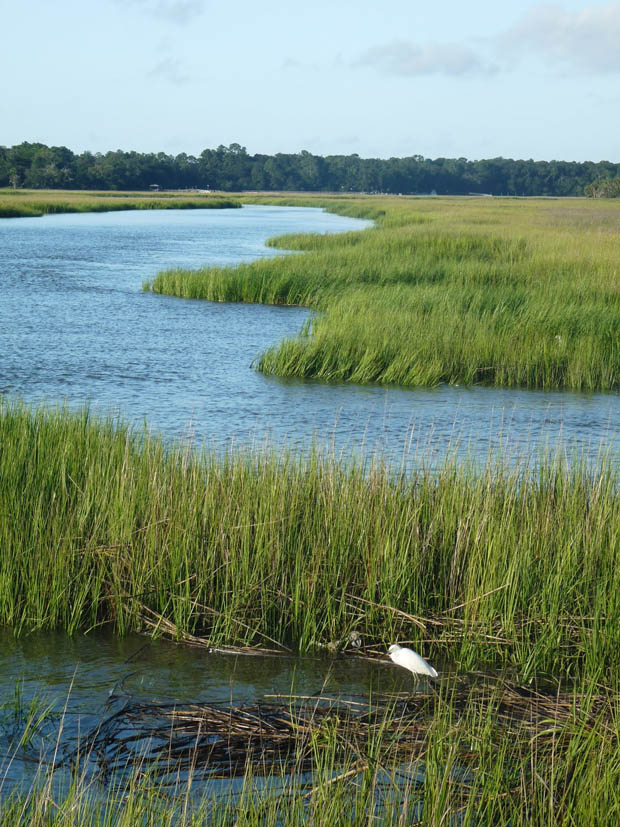 Georgia:
A few months ago Georgia made redfish a game fish and of no commercial value. It’s populations are excellent and will build now to extraordinary. Thou­gh the Georgia coast isn’t the only place to fish for redfish in the fall, it does offer up large schools populated with 27-­ to 30-inch redfish. Inshore hot spots include the St. Marys area, specifically the Spartina grass areas of Crab Island and around Kings Bay. The Golden Isles, part of Georgia’s Barrier Islands, is a great fall redfish location. Fishing breakers off the barrier island shoals is good for bull redfish, while moving to shallow estuaries during the afternoon will garner smaller but tastier reds.

Florida:
The St. Johns River has seen increasing patterns of nice reds along the shallow grass beds. Florida is popular year-round for redfish, but as the seasons change, the reds move. For example, in early spring through late fall, big schools of redfish can be found on grass flats of St. Petersburg/Tampa Bay area. At high tide, reds cruise mangrove shorelines, oyster beds and grass flats foraging for crabs, shrimp and baitfish. Florida By backcountry  – more plentiful reds try May through August. In addition, these other Florida hot spots produce well: Big Lagoon, Fort Barrancas, Caladesi Island at Dunedin, Dog Island, Don Pedro Island at Placida, Ochlockonee River at St. Teresa and Waccasassa Bay. Big Reds are moving in inshore waters along Florida’s Gulf Coast and from the Indian River, Mosquito Lagoon, and the Intracoastal Waterway. St. Joe’s Bay and Apalachicola are noted redfish hotspots from spring clear through winter. Peaking in mid-October, the Florida Panhandle fall redfish season produces some big bulls. The best action is at the mouth of jetties, where redfish mate. Cedar Key and St. Augustine inlet basins are producing big bull reds through the fall season. Fishing the outgoing tide, around holes and drops increases your chances of getting to the big bulls, some of which are up to 50-pounds.

Alabama:
In Gulf Shores and Orange Beach cold weather pushes the reds to the ends of canals and rivers where the offshore bulls get mighty hungry. You will also find plenty of young reds, called puppy drums.

Mississippi:
The Mississippi Delta is a redfish haven, and beginning in the fall, the cuts and channels between the Barrier Islands offer up excellent redfish. Don’t overlook the Biloxi’s Back Bay area, as it is an excellent fly-fishing area.

Louisiana:
Cameron Parish, Louisiana produces monster bulls that can be taken right from the shoreline while reds chase mullet up against the shoreline. New Orleans and Lafitte, La., are considered two of the best Gulf redfish fishing locations. High tides and strong winds move the reds deep into marshes of bayou country, where you can find scores of young reds. Barataria Estuary and have 30- and 40 fish days, with reds that range from 4-to 12- pounds. Or you can fish out at the edge of the Gulf and target 20-pound and larger reds.

Texas:
Just north of Corpus Christi is a sprawling, 80-mile-long system of barrier islands, saltwater flats, and bays, stretching as far south as Brownsville. It is populated by redfish. Many of the system’s salt marsh shorelines lie within the Aransas National Wildlife Refuge and Matagorda Island State Park. These wilderness areas  are remote tidal lakes and flats that are reached by his airboat. You’ll have at least 30 or 40 shots a day at reds averaging 4- to 12-pounds. Moderately competent casters can enjoy excellent fishing including wade sight-fishing to tailing reds in ankle to mid-calf water. Tides range from 4- to 6-inches, which makes for a quiet environment, careful approaches, (poling, kayaking, or wading) and all-day fishing. Best seasons include October through November 15, and May through June. March and April are often windy. Also popular and excellent red fishing are: Laguna Madre, Baffin, Corpus Christi, Lavaca, Matagorda and Galveston.